Should we hold out hope for Anthony Joshua vs. Deontay Wilder? 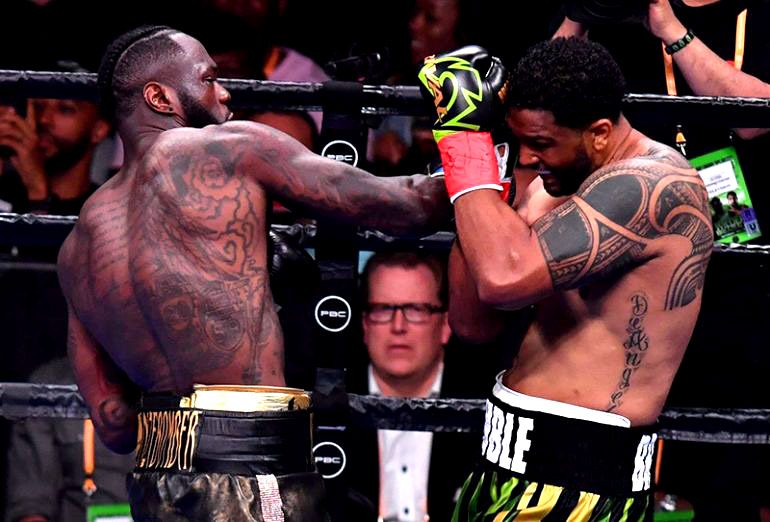 This surprised me. I thought the writing was on the wall apparent for all to see…

I thought people in power had decided that we must wait patiently at the marination station, that no, we won’t be seeing a Anthony Joshua vs. Deontay Wilder fight anytime soon. And by soon, I figured perhaps fall 2020 would be the right time to book the heavyweight behemoths’ showdown.

However fans started chattering, Saturday night into Sunday, saying they wanted to see “AJ” vs. Wilder next, should AJ beat Andy Ruiz on June 1.

I thought it seemed clear that this wasn’t the plan, after the WBC beltholder and company decided to not accept the DAZN bag and instead stick to the Al Haymon/Premier Boxing Champions/Showtime side of the street. When that was decided and Wilder made the decision to face Dominic Breazeale last Saturday, I kind of mentally kicked the can down the road. I’m not gonna change things…and so I will not devote much mental energy to the matter.

But I hear/read the fan chatter…

And I see this release, from my friends at SVP Publicity, courtesy of BetOnline.com:

I don’t know; should I and we even bother mulling this over? Isn’t Wilder going to fight Luis Ortiz next and then Adam Kownacki? Could a curve ball – in a good way – get thrown our way? Could minds meet in the middle and could powers that be give the people what they want, within the time frame the people are requesting? I’d think no…but hey, I have been wrong before and will again be off base.