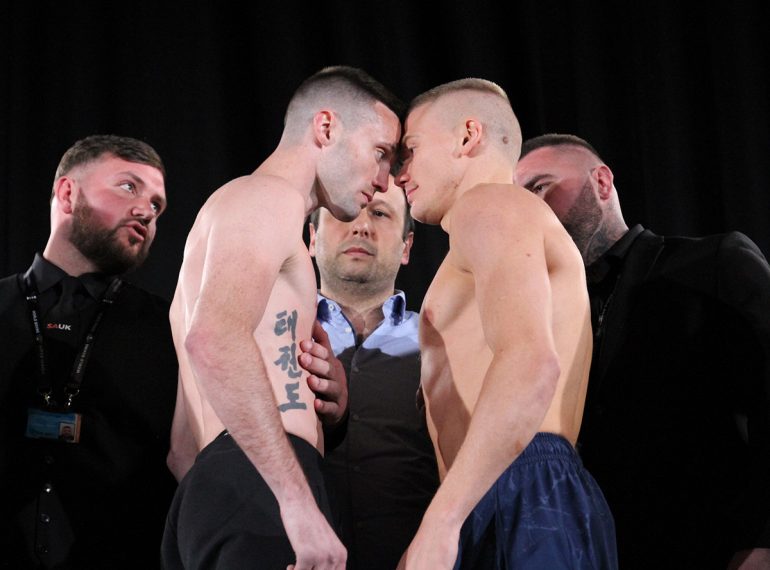 GLASGOW, Scotland – Both fighters have had their game faces on throughout fight week, and that theme continued at Friday’s weigh-in.

Ivan Baranchyk, the reigning IBF junior welterweight titleholder, and challenger Josh Taylor looked like they could hardly wait for Saturday, when they will collide at the SSE Hydro with a place in the World Boxing Super Series final up for grabs. A hostile head-to-head was initiated by Taylor, who pushed his forehead into the visitor’s face.

Baranchyk, who is rated No. 5 by The Ring at junior welterweight, looked physically formidable at 139.5 pounds. The Russian pressure-puncher will be making the first defense of the title he lifted in October when he stopped Anthony Yigit in seven rounds.

Taylor, who is rated No. 2 by The Ring, also looked to be in outstanding condition but came in two ounces over the 140-pound limit. Members of both camps went behind the stage, where it was agreed that Taylor would be given extra time to lose the excess, although a rumor was circulating that the challenger had begun to rehydrate by that point. The confusion seemed to stem from the weights being announced in kilograms.

As the media left, all parties were confident that Taylor would make weight at second attempt.

“I can’t wait to get my hands on him, win that title and keep it in Scotland,” said Taylor (14-0, 12 KOs) who is coming off a dominant ninth-round stoppage of previously unbeaten American Ryan Martin. 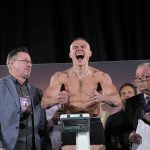 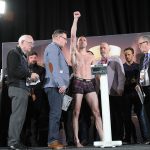 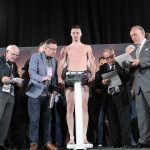 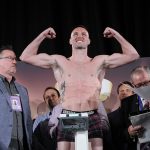 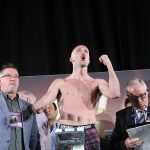 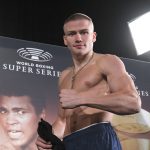 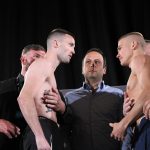 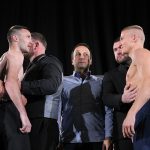 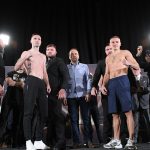 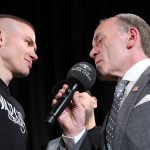 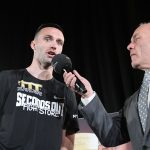