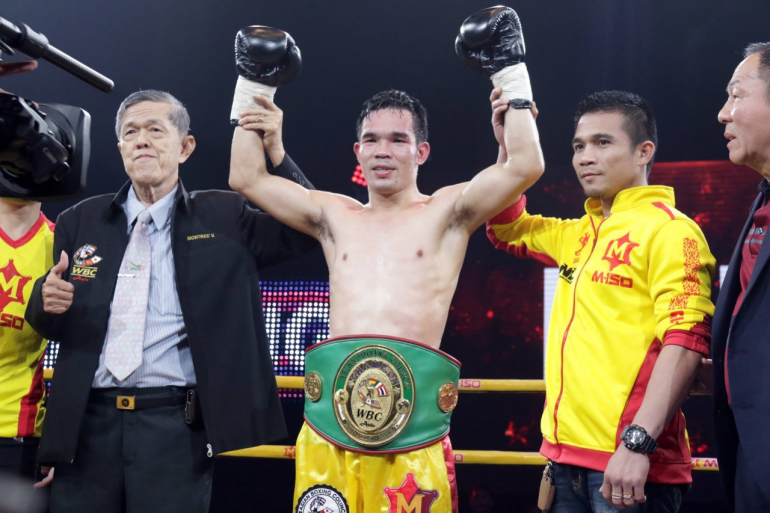 16
May
by Anson Wainwright

“A fight against Sonny Boy Jaro this Saturday is going to be one of the most important fights in my life,” Nawaphon (44-1-1, 33 knockouts) told The Ring through his promoter Bank Thainchai Pisitwuttinan. “Jaro is a highly experienced fighter, and he is very well respected in Thailand for his KO win against Pongsaklek Wonjongkam. It is going to be a difficult fight, but I am confident I will beat him convincingly.

“This is very important to me as I hope to climb up the world ranking quickly to get a shot at the world title as soon as possible. It will also be my great honor that the fight will be shown on DAZN USA. This is a great opportunity for me to show boxing fans in the USA my skills and fighting spirit.”

Sor Rungvisai lost for the only time when he was stopped in three rounds by Juan Hernandez for the vacant WBC flyweight title in March 2017. He has rebounded to win eight consecutive fights, including a fifth round stoppage of former IBF 112 pound champion Amnat Ruenroeng last year.

Jaro turned professional in 2001. He held Filipino and OPBF titles at 108 pounds and lost world title fights to Edgar Sosa and Giovani Segura. However, when he was offered a third world title shot up at 112 pounds he made the absolute most of it, stunning long-reigning Thai national treasure Pongsaklek Wonjongkam for The Ring Upset of the Year 2012. Although Jaro (45-14-5, 32 KOs) lost his titles in his first defense he has won 11 of his last 12 fights and remains a big name in Thailand after defeating the local hero.

Pisitwuttinan of Nakornloung Promotion (NKL), who also handles Srisaket Sor Rungvisai, is excited to have brokered this deal with DAZN.

“We are extremely excited for this collaboration. It is a great honor for us to have our event shown on DAZN USA, and it is going to be a great opportunity for our boxers from Thailand and Asia to show case their talents to boxing fans in the USA,” said Pisitwuttinan. “The fight between Nawaphon Sor Rungvisai and Sonny Boy Jaro will be a great fight.

“Nawaphon hopes to get the world title shot soon, but he has to beat Sonny Boy Jaro who is highly experienced and extremely dangerous this Saturday. We expect the fight to be one of the fights of the year in Thailand”