Deontay Wilder says you can keep the fame, he’s out for ‘generational wealth’ 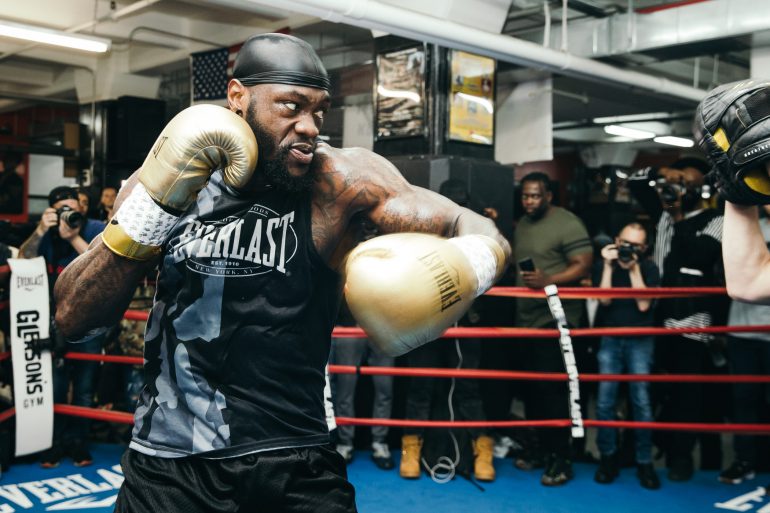 Photo by Amanda Westcott/SHOWTIME
15
May
by Ryan Songalia

NEW YORK – In the aftermath of their dramatic draw, more chatter was centered on Tyson Fury getting off the canvas twice than it was on Deontay Wilder putting him there. It’s the ongoing battle for respect that Wilder has dealt with since turning pro after the 2008 Olympics.

Though Wilder (40-0-1, 39 knockouts) is making the ninth defense of the WBC heavyweight title this Saturday against Dominic Breazeale, he’s still struggling to earn the recognition that being an American heavyweight champion typically has conferred. Still, that doesn’t seem to bother him much.

“I don’t care about who knows me or what; all I care about is them kids. I have seven children that I love dearly,” Wilder said at Tuesday’s media workout at Gleason’s Gym. Wilder, who had gone from working at Burger King to earning Olympic bronze, says he’s more interested in passing down “generational wealth.”

Fame? Who needs it.

“You can ask the most famous person if it’s a blessing or a curse, and I’ll guarantee you they’ll tell you it’s a curse because they can’t move, they can’t go nowhere, because people put people on high pedestals. If God came down, people wouldn’t know what to do, but if someone touched someone like Michael Jackson’s hand, they’ll cry, fall down to their knees — and it shouldn’t be that way; it should be the opposite way around,” said Wilder.

“So I don’t care about who knows me or not, as long as I accomplish my goals and dreams. And when I die, my kids will be proud of me. That’s all I care about.”

Wilder’s generous mood sours once the topic turns to his opponent, a mandatory challenger and Class of ’12 Olympian with whom he’s been feuding since a 2017 hotel altercation in Alabama. Breazeale’s lone defeat came in 2016 against Anthony Joshua in the Californian’s previous attempt at a world title belt, a fact not lost on Wilder.

“He’s like a fly in my ear. I’m gonna get him out of there and it’s gonna be in dramatic fashion — in a fashion no one has ever seen.”

Wilder, 33, can be a tough guy to characterize. In the same interview, he said “love is the key to the world” and then in the next breath said “I’m still trying to get me a body on my record.”

When asked by one reporter if he was concerned that his frequent talk of wanting to kill an opponent in the ring was in poor taste, Wilder argued that nothing he said was out of step with the nature of boxing.

“This is a brutal sport; this is not a gentlemen’s sport,” said Wilder. “Anybody can go. And on this particular time we have bad blood against each other. This is the only sport where you can kill a man and get paid for it. It’s all legal, so why not use my right to do so?”

Breazeale, also 33, is larger than Wilder, typically coming in at 250+ pounds, but hasn’t inspired many to pick him to pull the upset as a +550 underdog with one betting parlor. When asked for a prediction, Wilder said he’d be surprised if the fight went longer than three rounds while assistant trainer Mark Breland, who views Breazeale as a football player first who lacks heart, raised two fingers.

Breazeale has said that he would end Wilder’s career, which, while going beyond the bounds of attaining victory, is still tame in comparison. 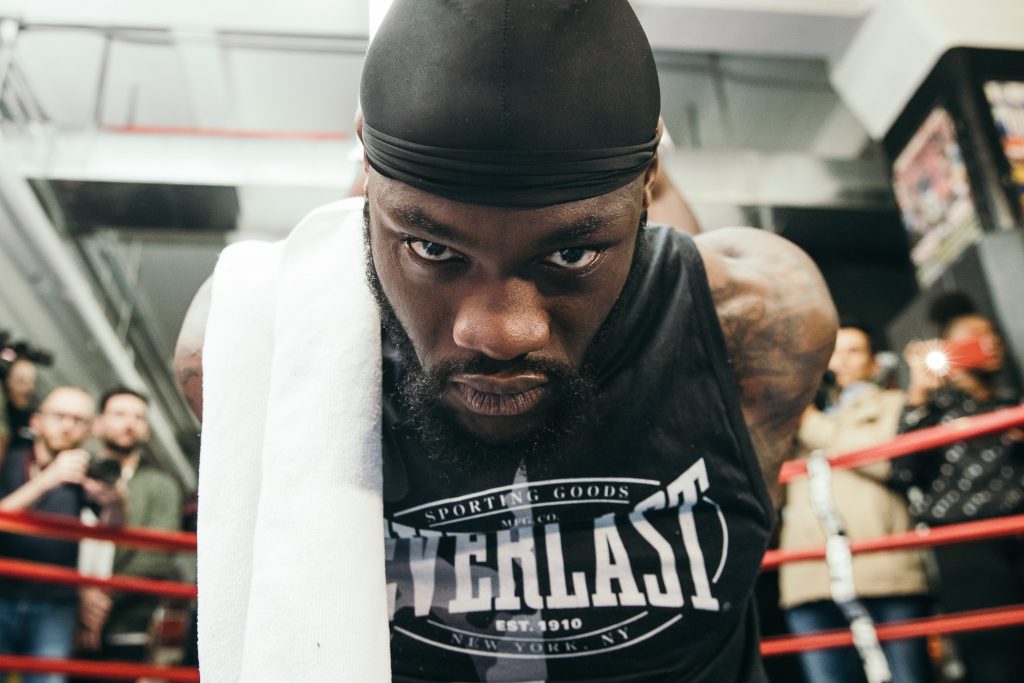 The conversation in the media scrum turned toward the question of if – and when – Wilder would meet Fury again, or Joshua to bring together all four major belts. It’s a complex matter which becomes even more complicated by the nuanced implications of the fighters’ promotional and broadcast ties, with Fury now co-promoted by Top Rank and fighting on ESPN next, and Joshua’s fights being shown on DAZN in the States.

Wilder (who is aligned with PBC and Showtime) rejected big money offers from both rival platforms, with his co-manager Shelly Finkel suggesting to the LA Times they’d be worth more after getting their mandatory out of the way.

Three top heavyweights, all undefeated with legitimate claims to the heavyweight championship, and none are fighting each other next. Some fan frustration is to be expected, but Wilder is asking fans to be wait a while longer.

“It don’t frustrate me at all. Especially with Fury, I understand. I gave Fury a concussion and I made him lose his memory. If he feels he beat me by a wild margin, it’s easy. Why not rematch?,” said Wilder.

“With Joshua, I tried to fight him five times. Now that he has no options, he has nowhere to go, it’s all of a sudden smoke and mirrors. The thing about it, all parties are still talking and the fight will happen.”

Fighting either would go a long way toward accruing that “generational wealth” Wilder is interested in.

“I want to get them both out the way, so whatever order it comes, it comes. I’m sure you guys will be happy.”