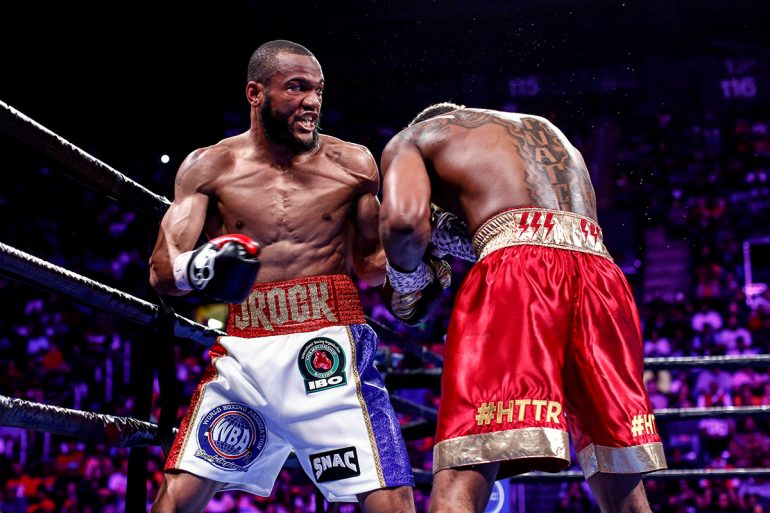 11
May
by Joseph Santoliquito

FAIRFAX, Va. — This was something that looked like it belonged on grainy celluloid, coming from a hand-held Aeroscope camera. That’s how viciously Julian “J-Rock” Williams and Jarrett Hurd went at each other. It was as if they were transported in a time machine to produce a 1920s classic.

Afterward, both Williams and “Swift” looked like they’d been in a war — because they had, and it was an early candidate for 2019 Fight of the Year.

Williams (27-1-1, 16 knockouts) pulled off a mild upset, winning a unanimous decision over the larger, rangier Hurd, when judges Alfredo Polanco (116-111), Robin Taylor (115-112) and Steve Weisfeld (115-112) all ruled in favor of the Philly fighter in wresting the IBF/WBA super welterweight titles from the local favorite.

“I am just overwhelmed,” Williams said. “This is such a great feeling. I outclassed him. I am one of the best fighters in the world. Maybe I wasn’t ready for the title the first time I got the shot.

“I took the loss. I took it like a man and the whole world doubted me. I went into this fight a five to one underdog. He wasn’t easier to hit than I thought. He was crafty and he had heavy hands. I just stayed poised. I listened to my coach and I just worked.

“He couldn’t hurt me. I saw everything he was throwing. I knocked him down. The game plan was to win however I could. I adapted on the fly. We knew he had certain tendencies and worked on his tendencies.”

It didn’t take long for the chants to rise from the heavily partisan crowd of 5,105 at EagleBank Arena on the George Mason University campus Saturday night on an action-packed PBC on FOX show. Everyone within a few counties may have heard the mantra — “Swift, Swift, Swift, Swift” — for Hurd (23-1, 16 KOs). 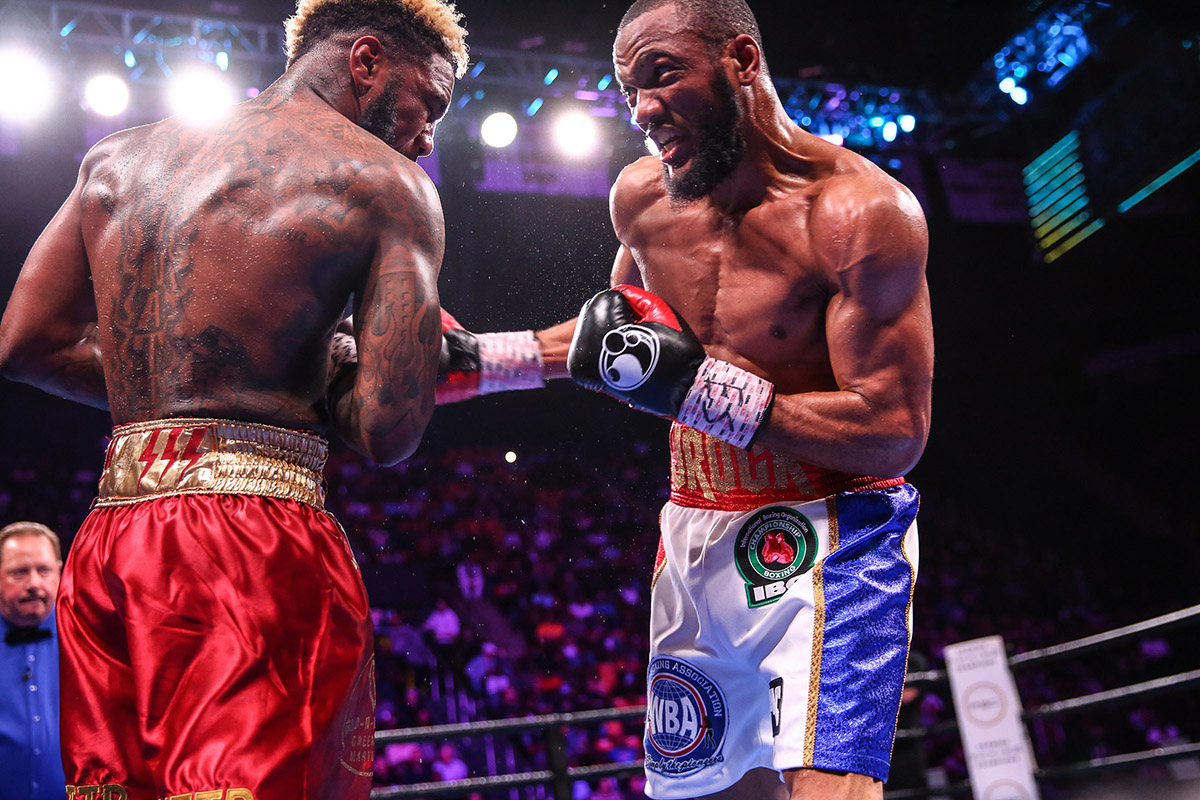 It also didn’t take long for J-Rock to shut them up and stir the crowd into a frenzy; Hurd was dropped with a left hook to the temple in the second round.

“I wasn’t able to get off,” Hurd said. “I can’t really call it right now. I have to go back and watch. I was loading up on my shots instead of just letting my hands go. It didn’t really change my strategy. It was a flash knockdown. It caught me by surprise. I wasn’t really hurt.  J-Rock was just the better man tonight and I was never really able to get off the way I wanted to.”

After the second, it was nonstop action.

With :44 left in the third, Hurd reached Williams with a right, but it appeared Hurd was on the verge of coming back with two rights in the closing seconds.

In the fourth, Hurd, came out looking like he had his legs under him. Brutal infighting ensued, with neither man able to get out of the way of the other.

At the outset of the sixth, the two were at it again. Hurd began by thumping Williams early, and J-Rock backed up, nodding as if to say, “Come on.”

It was Hurd’s best round, and it looked like he was mounting a comeback.

After seven, it wasn’t hard to imagine Williams being up 4-3.

What further reinforced Williams’ lead was how he began the eighth, trapping Hurd in his corner and landing a few head shots. With 1:21 left in the round, Williams had Hurd up against the ropes again. A cut in the corner of Hurd’s right eye opened up.

In the ninth, Williams dug a few lefts to the body, and Hurd answered with a right to the chin. With :58 left, the chants of “Swift, Swift, Swift” again wafted through EagleBank Arena. It didn’t seem to help Hurd, however.

After a brief delay to retape Hurd’s left glove, Williams welcomed him back with a right to the left cheek. And after nine, it wasn’t hard to conceive of Williams being up 6-3.

Hurd had issues with the tape on his left glove again in the 10th but was the more active fighter in the round — a mini comeback for a fighter whose cause seemed doubtful at the time. Swelling was building under Williams’ left eye. 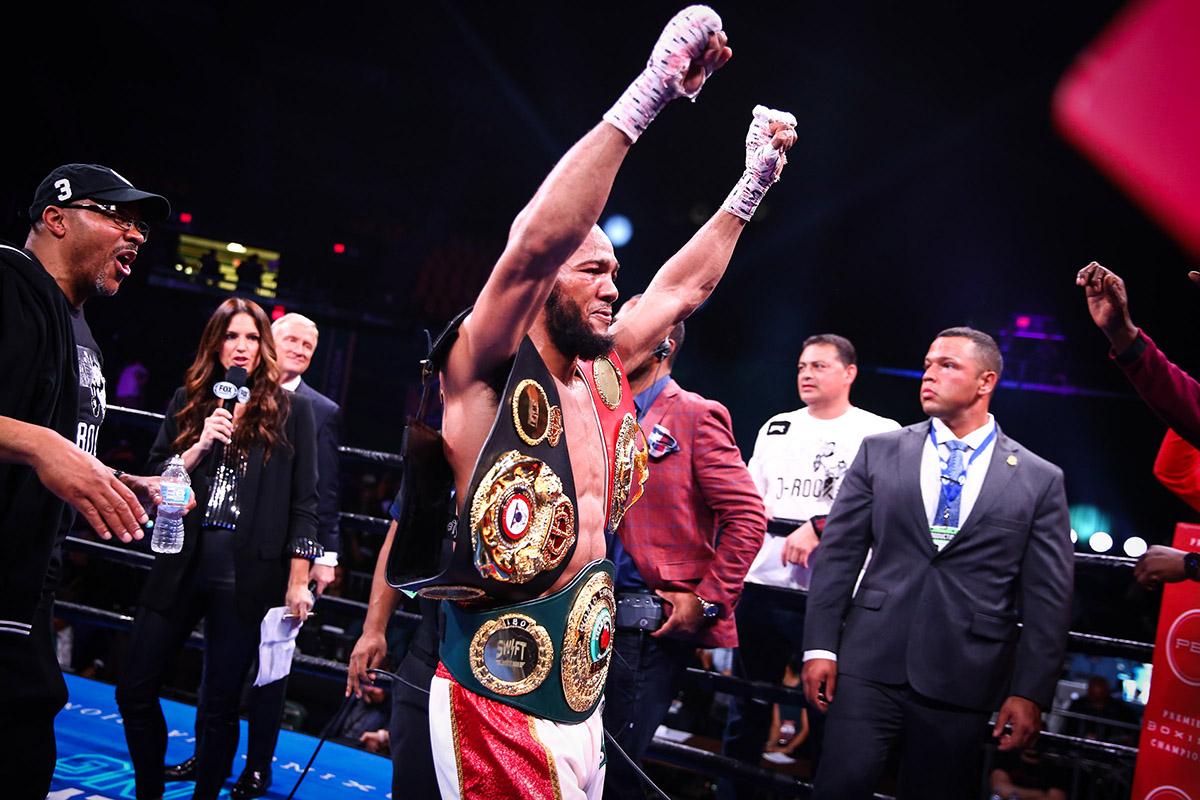 Working off the jab, Williams once again started another round strong in the 11th. This time, however, Hurd began to come back. He finished strong and made a statement that he wasn’t done yet; he may have stolen the round in the last 10 seconds.

Sensing he was in trouble, Hurd came after Williams in the 12th, crowding the Philly fighter. J-Rock was able to withstand the pressure and began attacking back with uppercuts right through Hurd’s guard.

The two went shoulder-to-shoulder as the final bell sounded.

“There’s definitely a rematch clause in our contract, and I’m going to go for it,” Hurd said. “I’m going to come back better than I was tonight.”

There was and underlying sense that everyone in the arena wouldn’t mind seeing it again either.

“This is a dream come true,” Williams said. “I have been waiting for this for years. I never ditched the gym. I never got into girls or left the gym. I am from the streets, but I was never in the streets. I was in the gym practicing my craft.

“The only people that believed in me were my team, but all I can say is … ‘and the new’!”

On the undercard of Williams-Hurd, Mario Barrios (24-0, 16 KOs) dropped a left hook into the ribs Juan Jose Velasco (20-2, 12 KOs) and stopped him at 1:16 of the second in what was a scheduled 10-round junior welterweight fight. 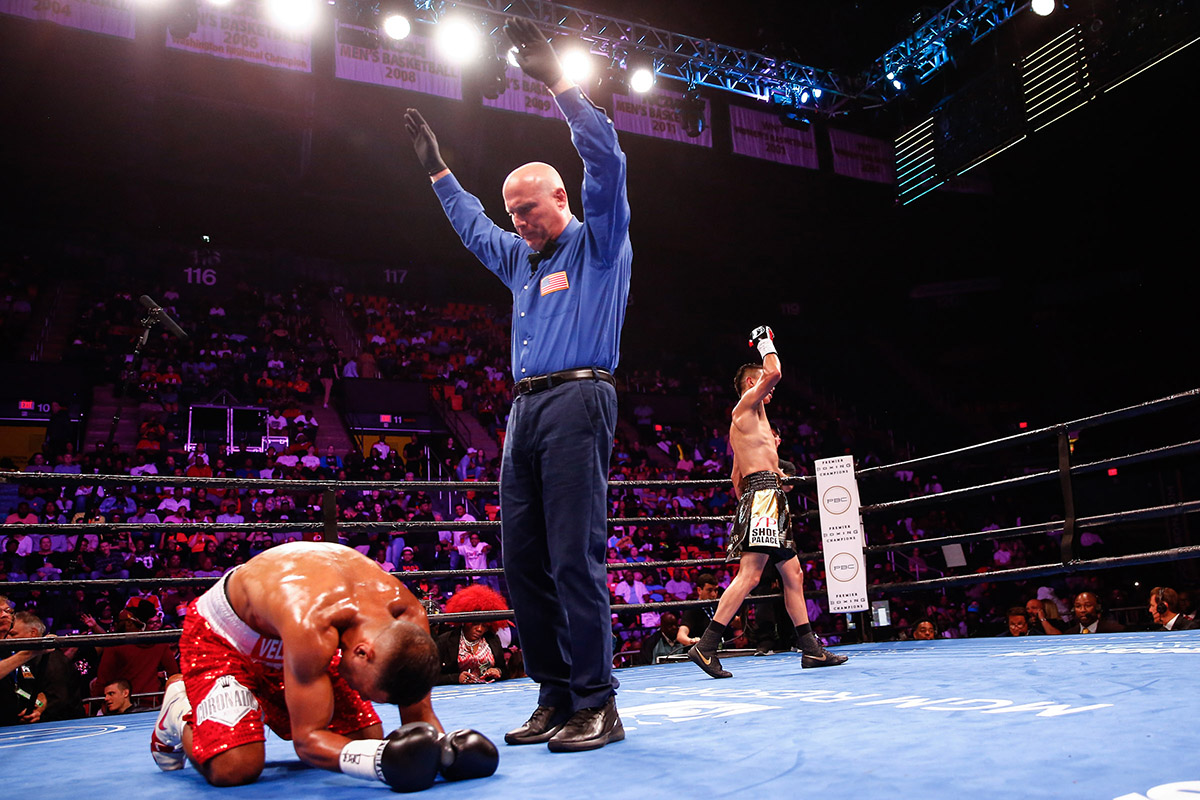 “I was trying to use my jab,” Barrios said. “I was being patient. I saw him opening up every time he would step in. I knew one of the body shots was going to do it, and I found the sweet spot. I want a world title shot. I am always in the gym. I am always ready. I want all the smoke at 140. I want any of the champions.

“I was very confident. I had a great camp. I can’t thank Virgil Hunter and the team for the preparation for this fight. We knew he was vulnerable with body punches and that was something I work on regardless. It is one of my favorite shots. I have been working on it since the amateurs.

“We weren’t expecting it to end that quickly. I wasn’t predicting a knockout, but I knew I had the power to do it and stop him.”

For about an hour, the fans at EagleBank Arena weren’t aware of something that everyone else knew — that the Matt Korobov-Immanuwel Aleem 10-round middleweight fight ended in a draw.

Korobov was obviously disappointed when he heard the real outcome.

“I felt heavy and not totally sharp enough,” he said. “It was hard to react and stop him from going inside. I have things to work on. He was tougher than I expected. He wasn’t as strong as (Jermall) Charlo, but he is a really good fighter. He kept coming forward. He wasn’t afraid. He just kept throwing punches.”