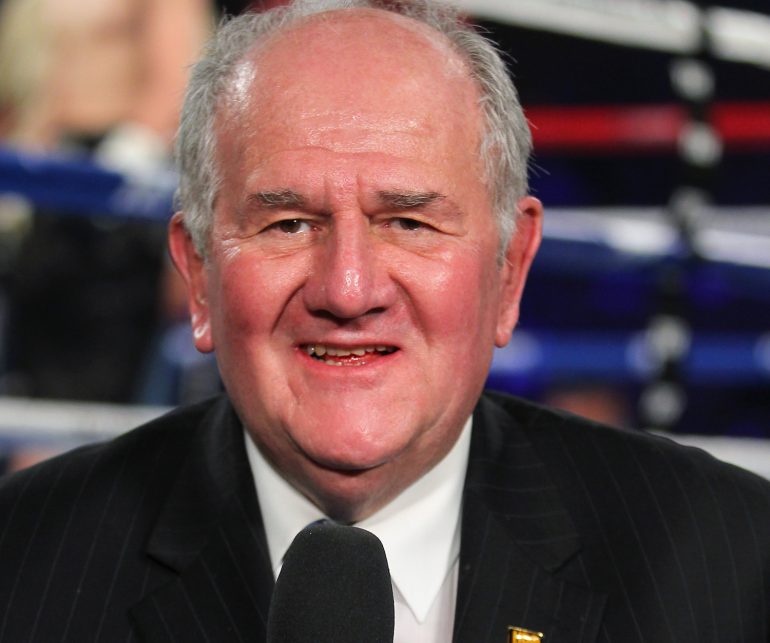 Harold Lederman, known as the "unofficial official," was an integral part of HBO's legendary boxing broadcast team with his periodic scorecards and judge's insight.
11
May
by Joseph Santoliquito

You could find him anywhere from a club boxing show in Philadelphia, to a high school gym in Butte, Montana, if he could get there.

Where there was a fight, there was Harold Lederman.

HBO’s endearing “unofficial ringside scorer” for over 30 years died Saturday morning at the age of 79 after a long, courageous battle with cancer.

Lederman, who born on January 26, 1940, in the Bronx, New York, had that distinctive high-pitched intro that was often imitated when he signed to HBO’s blow-by-blow announcer Jim Lampley, with his signature, “Okay, Jim.”

RIP Harold Lederman, the long-time boxing judge and unofficial scorer on HBO’s boxing broadcasts. He died Saturday at 79 following a lengthy battle with cancer. You knew it was a big fight when you heard Harold say, “OK, Jim!” in between rounds with his score. pic.twitter.com/LkZU0pZHFI

“I knew Harold was suffering and I knew he was in hospice, and Harold was truly one of a kind,” said Lou DiBella, the former executive vice-president of HBO sports. “He had no malice toward anyone in this world.

“In a lot of ways, HBO Boxing is now dead, but nobody represented HBO Boxing better than Artie Curry, may he rest in peace, and Harold Lederman. I’ve known Harold my whole 30 years in boxing. Any show that Harold could physically attend, when he was working in a pharmacy, he was there.

“Harold lived boxing, Harold loved boxing, and Harold died boxing. He was one of a kind and there will never be another like him in boxing.”

Lederman, when he wasn’t ringside scoring some of the biggest fights in boxing history for HBO, was a pharmacist by trade.

He attended Columbia University and earned a license from New York State Athletic Commission to judge title fights on June 26, 1967. By his own count, he judged over a hundred title fights in every corner of the globe, while still working at his pharmacy practice in New York.

In 1999, Lederman retired from active judging, making the transition in 1999 as HBO’s “unofficial ringside scorer.”

His voice had a unique quality all itself. It was high pitched and easy to mimic. And Lederman loved it. 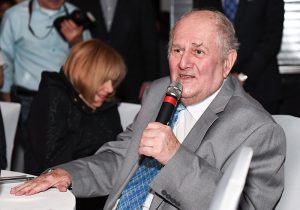 In one of his final public appearances, Lederman speaks at the 2018 BWAA award dinner after being honored as a beloved fixture of the boxing industry. Photo by Matt Heasley

Lederman is survived by two daughters, Iris and Julie, who has followed in her father’s footsteps as a judge, and his beloved wife, Eileen.

“Harold Lederman had a lifelong love affair with the sport of boxing.  Over the past fifty years he was universally respected and celebrated by the many people who make the sport what it is.  Harold was happiest when seated ringside, studying the action and scoring the fight. When he joined HBO Sports in 1986, he added a new and critical component to live boxing coverage.

“Viewers embraced his unique style and his command of the rules while his broadcast colleagues relished his enthusiasm and boundless energy.  He was an historian and walking rulebook. He always had time for you whether you were a heavyweight champion or just a spectator looking to say hello.  Our thoughts and prayers are with his wife Eileen and daughters Julie and Iris.  There isn’t a person in the sport who won’t miss our Harold Lederman.”