Michael Dutchover turns the phone off…and the focus on 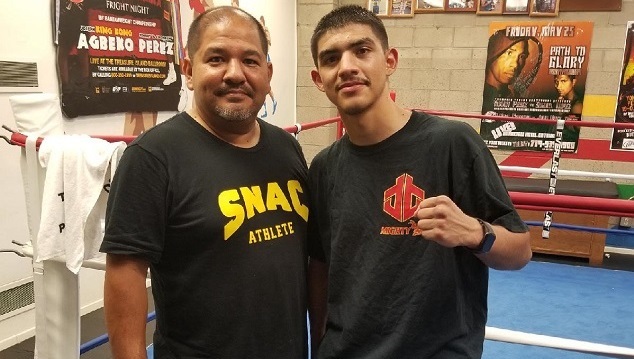 Michael Dutchover has been around the world and has seen possibly every conceivable fighting style there is, yet on Friday night, the distinguished amateur from football hotbed Midland, Texas, will be undergoing a first in his career without a very trusted friend: Dutchover will be making his national TV debut on Showtime’s “ShoBox: The New Generation” (10:30 p.m. ET/PT).

The rangy 5-foot-8, 21-year-old lightweight will be appearing in an eight-round bout supporting the featured 10-round main event between featherweights Ruben Villa and Luis Alberto Lopez, from the Omega Products Event Center, in Corona, California.

It took a special sacrifice during training camp to get here. We’ll call it another first in the burgeoning career of the talented Dutchover, now living in Santa Fe Springs, California, where he moved immediately after graduating from Midland High School.

“This is the first training camp that went through without my phone, honestly, so I can be more focused on my fight,” Dutchover said. “I don’t put my phone on until midday and I’m going to sleep earlier and taking off my notifications. My fans are important to me and I’ve built a nice fanbase here in Southern California.

“But with everything going on with being on TV, Showtime, this is the big one for me. I can’t wait to showcase my skills to a bigger audience and I want to look really good doing it. In the past, I would have my phone around and keep it on. That’s the biggest thing I did this training camp – and for the first time. The phone is with me all of the time. Shutting off the notifications and staying off and away from the phone was a big adjustment but something I had to do.” 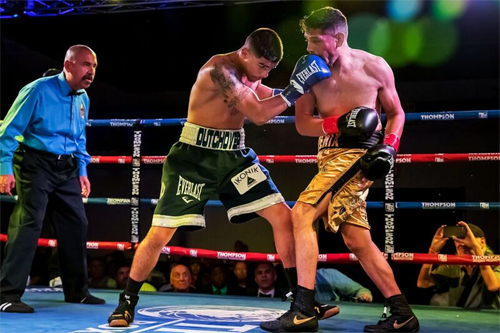 Being from Midland, Dutchover’s first love was football. He was a kid following his older brother Junior to the gym between football season. It only took one time and Michael instantly fell in love with the sport that would lead to more national attention.

“I told my parents I was through with football and that was it,” Michael recalled. “I had my first amateur fight when I was nine and when I got my first loss, that’s when I found out I really had a passion for boxing because I wanted go back and beat the kid up who beat me and I did.”

Midland High School is the archrival of Permian High School, the school featured in the book and movie “Friday Night Lights.” Dutchover’s dream was to make the 2016 U.S. Olympic Team. He won a bronze medal at the U.S. Olympic Trials and was runner-up at the national Golden Gloves. That’s when Dutchover decided to turn pro.

“I did all I felt I could do as an amateur,” Dutchover said. “I hooked up with my trainer Danny Zamora and was in California within two weeks after I graduated high school. I want to move fast. I want to prove that I belong among the top prospects. Well, I want to go above them and be considered a top contender by the end of the year.

“I want to do damage in my division and it starts this Friday.”