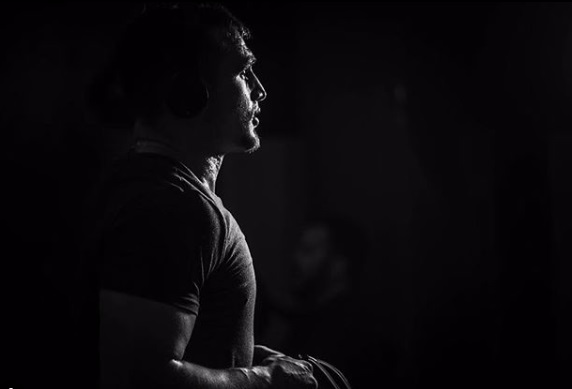 The Dmitriy Salita pipeline continues to process prospects, with another addition from the former Soviet Union looking to grow his career prospects by training in America and looking to get onto TV and streaming platforms in the United States.

Aslambek Idigov, age 23, is a super middleweight prospect who wants to soon make the leap to contender. He grew up in Grozny, Chechnya, Russia, and was introduced to pugilism by his uncle Uvais Baisangurov. His aggressiveness and physique earned him the nickname “Hulk.”

We touched base with the hitter to get a sense of where he came from and his aspirations in the pro sphere.

“I was born in Grozny in 1995. Grozny is the capital of the Chechen Republic. It was destroyed during the war, in 2003, but nowadays it has been rebuilt and it is one of the most beautiful cities in the world. As for me, it is the most lovely city!”

Idigov talked about his upbringing and how finding boxing was an element in him outgrowing a pattern of youthful transgressions. “My parents brought me up sticking to Chechen traditions. From my early childhood I was inculcated responsibility, determination and respect for the older people and women. My father used to be the head of our village administration for 11 years and then he retired. He passed away three months ago. I miss him so much. My mother was a teacher of Russian language at school. I have three brothers, two older and one younger. My childhood was very interesting despite it was after war period. Now I understand that it was thanks to my parents, who cared about everything and supported us. 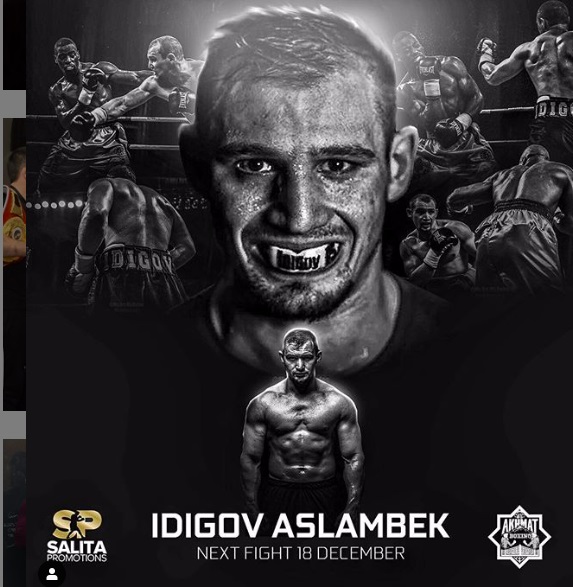 “I spent a lot of time on the street and believe I was not an obedient child. Many fights, a lot of cases of misbehavior at school and strict conversations after with my father. It all hardened me and influenced my character.”

Then boxing came to the fore, as it does every day in all pockets of the world, appealing to young folks whom might have a devil-may-care attitude and could transition from rebels without causes to casualties taking up space in prison – or worse.

“My uncle Uvais Baisangurov is a boxing trainer and he noticed that I was physically tough and with a character of a fighter, as he said,” Idigov (16-0, 7 knockouts) continued. “At age 16, he offered me to move to Ukraine, Kiev, and train boxing. Within one-and-a-half years of hard training, I debuted in 2013 as a professional boxer. I had chance to work with several trainers in different places. I spent some time training in Moscow, then I had chance to have a camp in the U.S.A. Definitely after nine years of training and 16 professional fights, I have grown from fight to fight. From my every opponent I learned something new. I got physically better and I even got the nickname ‘Hulk’!”

Salita and other promoters are having good luck with some of these Russian hitters, who have good work ethics, are eager to learn and will focus almost solely on fighting. Then they come to America and enjoy some of the mentoring and structure and ample sparring opportunities.

“I had four camps for my fights in America and I like it a lot,” Idigov said. “I hope I’ll have chance to have more camps in America because here my technique gets better and I have more sparring partners with the different styles. It all helps me to grow. For the next couple of years I plan to leave my mark at 168 and then we will see. At the moment in my last fight, I won European IBF and WBO belts and now within the next two years, I want to get world title in any of four organizations: WBC, WBA, IBF and WBO. And then the rest of them! My trainer in U.S.A. is (Javon) ‘Sugar’ Hill, he helped me a lot to grow as a professional. I like to work with him. Salita, as a promoter, works very good and helps plan my future development.”

Check out the kid’s power, going all the way back to 2013, in his second pro bout. At 6:47, he drops and stops Maksym Bogdanov, who never fought again.

In May 2018, Idigov fought in Michigan, boxing for the second time outside Russia. Here, he stopped 7-8-1 Emmanuel Sanchez in round four.

OK, Salita, what about it? Is this kid a decent, good or great prospect? Tell us true!

“Great prospect, getting better with each fight, has a great work ethic and is very hungry. He is only 23 years old and he’s physically strong with a desire to be the best,” Salita said. “I have given him tests throughout his career with me. He beat good fighters and passes every test in his career. In the last fight, he beat a very good European champion, world-rated Ronny Landaeta.” Indeed Landaeta entered at 16-1 and in his previous bout, went 12 rounds with the world-class super middle Robin Krasniqi.

Salita concluded, “I see lots of possibilities and great world-level victories in the career of Idigov!”‘