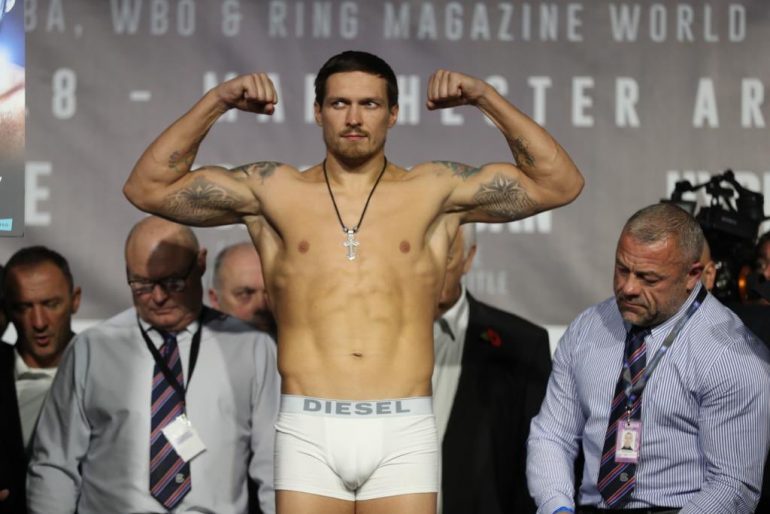 Photo by Mark Robinson/ Matchroom Boxing
07
May
by Tom Gray

The move north has been delayed.

Cruiserweight king Aleksandr Usyk has sustained a bicep injury in training which has delayed his May 25 heavyweight debut against former title challenger Carlos Takam. The bout was scheduled to take at the MGM National Harbor in Oxon Hill, Maryland.

An announcement regarding the show will be made by Matchroom Boxing in due course.

In a period of less than two years, Usyk, The Ring champion at 200 pounds, consolidated every available belt at cruiserweight. His eighth-round knockout of Britain’s Tony Bellew in November confirmed his dominance and there was nowhere else to go but up.

Takam, who lost by 10th-round stoppage to unified titleholder Anthony Joshua in October 2017, will be hoping to secure the new date.

Usyk’s heavyweight incursion has been eagerly anticipated by fight fans and the delay will be a disappointment.