Buddy McGirt on training Sergey Kovalev: ‘I heard stories, but I don’t listen to that’ 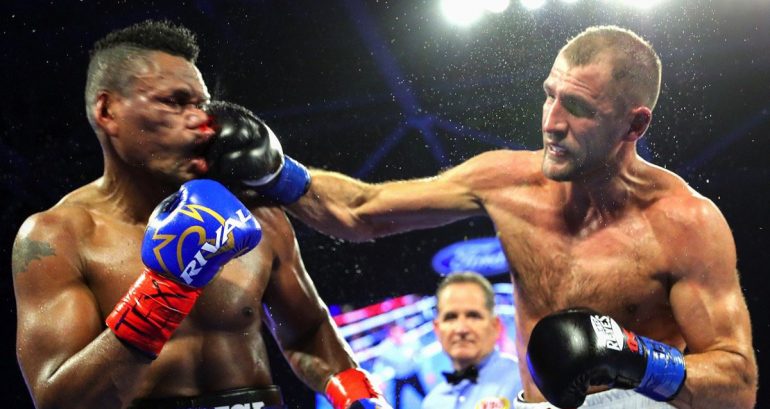 One of the better boxing stories of the first half of the year in boxing 2019 was Sergey Kovalev’s most impressive win over Eleider Alvarez, in which he grabbed back a light heavyweight title, and refuted all the pundits who thought Alvarez would drop and stop him again, and maybe finish off his career.

No way shape or form…Kovalev had hooked on with Buddy McGirt, the fighting pride of Brentwood, Long Island, New York, a two weight class crown holder during his time as an active pugilist. And whaddya know…the older dog learned some new tricks. Or, maybe better to phrase it, he re-learned some tricks from back in the day.

Rather than rely on power so much, Kovalev, at McGirt’s urging, went back to basics, working off the jab, accumulating points, being patient, and not being fixated on his own power.

Alvarez smashed the Russian and ended things in round 7 when they battled on HBO in September 2018. Kovalev licked his wounds, pondered and worked on a strategy to rebound. That had him settling on trying to partner up with McGirt.Their collaboration paid heavy dividends on ESPN on February 2.

Now a Florida resident, McGirt, who will be inducted into the International Boxing Hall of Fame in Canasta June 9, came on the Everlast “Talkbox” podcast, and talked to us about his career, the ups, the downs and all arounds. And he said he thinks Kovalev will glove up again June 29.

Straight up, did he have reservations, as an African-American?

“I’m gonna tell you this,” McGirt told podcast listeners. “I heard so many different stories about him. But I don’t listen to that, that’s hearsay. He came to visit me, he came to me. He sat down and he laid the shit on the line. ‘Look, Buddy, I messed up, know what I mean, and I’m comin’ to you, and can you help me?’ I said sure, but you gotta listen. He said, ‘No problem.’ This is happening, and everyone was like, ‘Good luck, man.’ Telling me this and telling me that.”

Yes, he knows what Jackson has said Kovalev did prior, but “I gotta see a person myself…Like I said, he came to me, and we hit it off!”

Indeed; on February 2, we saw the results of that meeting of the minds, and yes, it surprised me, and it stands as one of the feel good stories in a half year a bit lacking in that. Looking forward, Kovalev promoter Kathy Duva said today she is indeed working on the next Kovalev bout. Anthony Yarde (rated No. 1 by WBO), an 18-0 Brit, age 27, is the challenger against the WBO titlist. She hopes to be able to iron out all the details and share specifics within the week.