Miguel Berchelt: ‘I know Francisco Vargas is a great warrior and I have to be at my best’ 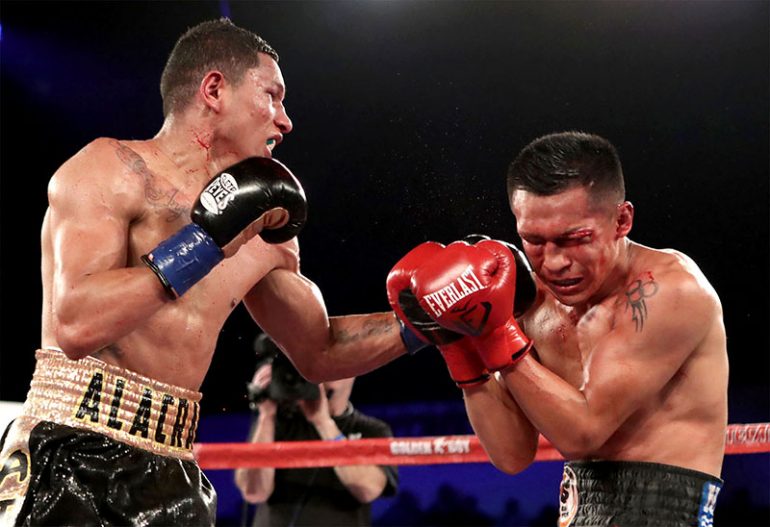 Berchelt, who is rated No. 1 by The Ring at 130 pounds, will be making the fifth defense of the title he won from Vargas in January 2017.

“It’s going to be a great fight,” Berchelt (35-1, 31 knockouts) told The Ring through his manager Mario Abraham. “When two Mexicans are in the ring the show is guaranteed.

“[Vargas] throws punches all the time and he fights hard till the end, even if he is badly hurt. I know Vargas is a great warrior and I have to be at my best.”

The first fight was close after 10 rounds. Berchelt was up by two points on two scorecards, while the third judge had them level. In the penultimate round, however, Berchelt broke through to win in impressive fashion.

“I knew all the time that I was going to win,” said the defending champion. “It was the opportunity of a lifetime and I wasn’t going to let it go. It was the happiest moment of my career.”

Vargas, who is rated No. 4 by The Ring, represented Mexico at the 2008 Olympics before turning professional in 2010. He won the WBC title from Takashi Miura in The Ring Fight of the Year for 2015 and made one defense before losing to Berchelt.

The 27-year-old from Merida in the south of Mexico enjoyed a good 2018 and has big plans for this year, providing he turns back the Vargas challenge.

“2018 was my year of consolidation as an elite fighter, but my goals are still far from done,” said Berchelt. “Right now I am only focused in Vargas, then I would like a unification fight. I don’t care [about] the opponent, I am ready for anyone.”

Abraham, President of Maxboxing Promotions, who co-promote Berchelt with Zanfer Promotions, feels his fighter is close to facing the very best fighters in the world and hopes to procure some exciting opportunities later this year.

“We have a lot of plans for Miguel; we would like a unification fight and a fight against [Vasiliy] Loma [Lomachenko] at 135 pounds would be awesome. But first is the fight against Vargas on May 11th. We are very confident that Berchelt will show again the great fighter he is.”

The fight will be broadcast on ESPN in the U.S.