Daniel Jacobs has interesting way to combat nerves before fights 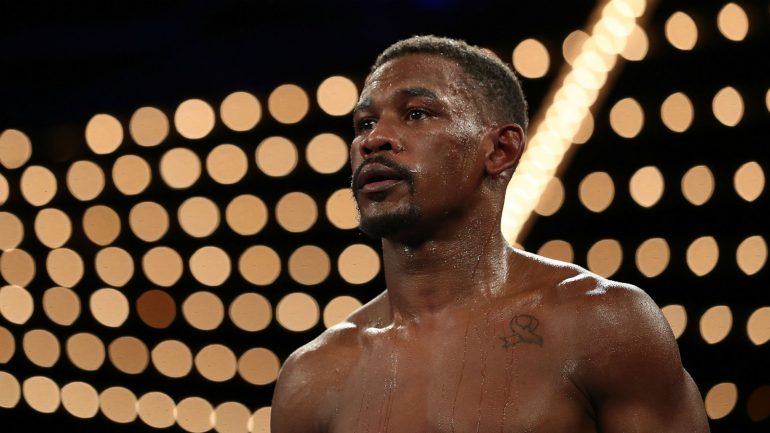 02
May
by Sporting News

Sometimes Daniel Jacobs needs to have the nerves slapped out of him.

The “Miracle Man” arrived at MGM Grand Las Vegas ahead of his fight against Canelo Alvarez on Wednesday, where he met with members of the media to talk about the fight. Things got interesting when Sporting News’ Andreas Hale asked Jacobs about the last time he was nervous before a fight.

Join DAZN to watch Canelo vs. Jacobs on May 4

“It might’ve been the second Sergio Mora fight and it wasn’t because I was fearful of anything. … I don’t even know what it was” Jacobs said.

He then went on to share that his lifelong trainer, Andre Rozier, will slap the nerves out of him if necessary.

“I was extremely nervous, normally Andre slaps me right when I tell him.”

Huh? Slaps him? You read that right. And it seems to have worked for Jacobs’ second fight against Mora.

He had already beaten Mora once before and, although he was nervous going into the second fight, beat him again via seventh-round TKO.

Sometimes @DanielJacobsTKO has to have the nerves slapped out of him.

His trainer, Andre Rozier, did just that before the Peter ‘Kid Chocolate’ Quillin fight and Jacobs won in a TKO.#CaneloJacobs pic.twitter.com/PnjcZXmFzg

Jacobs “jumped on Kid Chocolate like Kid Chocolate stole his lunch money.” Many felt the fight was called too early, but after Jacobs landed a couple big blows, including a right hand that caught Quillin on the temple, the referee called it.

Jacobs handed Quillin the first defeat of his career, a first-round TKO. When Jacobs and Alvarez meet in the ring, they will be fighting to unify the WBC, WBA and IBF titles.

If the nerves take over and Rozier has to slap Jacobs, however, Alvarez may be in trouble.