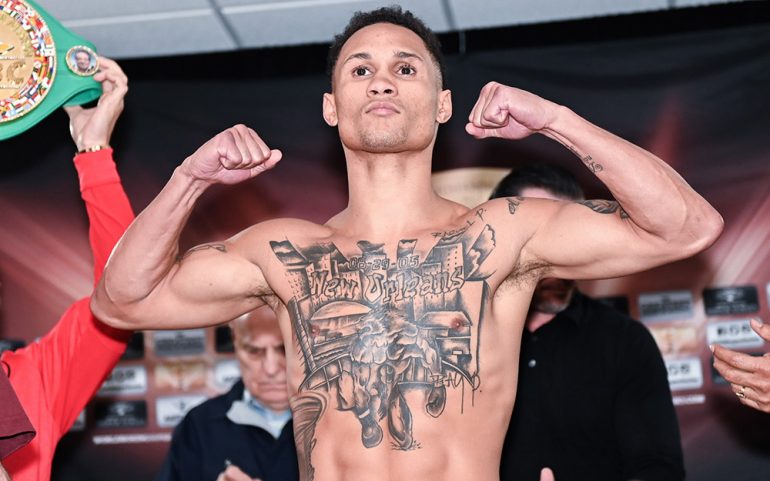 It seemed fitting that it happened here in Lafayette, Louisiana, which is 135 miles west of his birthplace in New Orleans. Regis Prograis bears a tattooed mural of his beloved hometown across his chest.

“Rougarou” has shown great patience throughout his career. The 30-year-old southpaw from “The Big Easy,” now living in Houston, Texas, has waited, and waited, and waited for a title chance, calling out everyone at 140 pounds.

No one answered for years.

So Prograis found his own way: the World Boxing Super Series (WBSS).

On Saturday at the Cajundome, Prograis, The Ring’s No. 1-ranked junior welterweight, stopped WBA titleholder Kiryl Relikh, ranked No. 4 by The Ring, at 1:36 of the sixth round.

It marked the first major title for Prograis (24-0, 20 knockouts). He became the first fighter from New Orleans to hold a major world title since Hall of Fame light heavyweight Willie Pastrano in 1965.

Prograis now moves on to the WBSS junior welterweight final, where he’ll meet the winner of the Josh Taylor-Ivan Baranchyk fight taking place on May 18.

“I told you I’m the real deal, these boys at 140 can’t f— with me; I’m the best. I’m too unstoppable, and I’m not surprised at all. I’m a different animal,” Prograis said. “I know what I was going to come in here to do. Whoever they put in front of me, they’re going to get the same treatment.

“I worked on defense. People were saying I’m just a knockout puncher. I can’t go 12 rounds. I get hit too much. Guess what? Last fight I went 12 rounds and I didn’t get hit. This fight, I barely got hit and I stopped him.

In the opening round, Prograis came in relaxed. He tapped Relikh (23-3, 19 KOs) a few times to the body before landing a hard left to the liver. Relikh backed up clutching his side, and Prograis pursued, slamming another shot into Relikh, who fell to a knee.

In the second, Relikh kept his right arm down, protecting his side. He was off-balance and was reduced to one hand. Prograis dominated the round, and a straight left opened a gaping cut on the bridge of Relikh’s nose.

Relikh did pop Prograis with a pretty good left to the face after the bell, though.

With blood pouring down his face in the third, Relikh showed a little more aggression. Prograis went back to the body attack, though he was more hesitant than in the first two rounds.

Prograis opened the fourth with a left to the body. Relikh couldn’t hit Prograis, who had connected on close to 70 percent of his punches through the first four rounds.

Relikh’s corner made a great point between the fourth and fifth rounds: They told their fighter that he was backing up Prograis but wasn’t landing any punches.

Prograis, showing supreme confidence, plowed Relikh in the face midway through the fifth. Once again, the blood began flowing from the bridge of Relikh’s nose. After five, it was apparent Prograis was in control.

By the sixth, Relikh’s corner had seen enough and ended it at 1:36, when Chico Rivas threw in the towel. 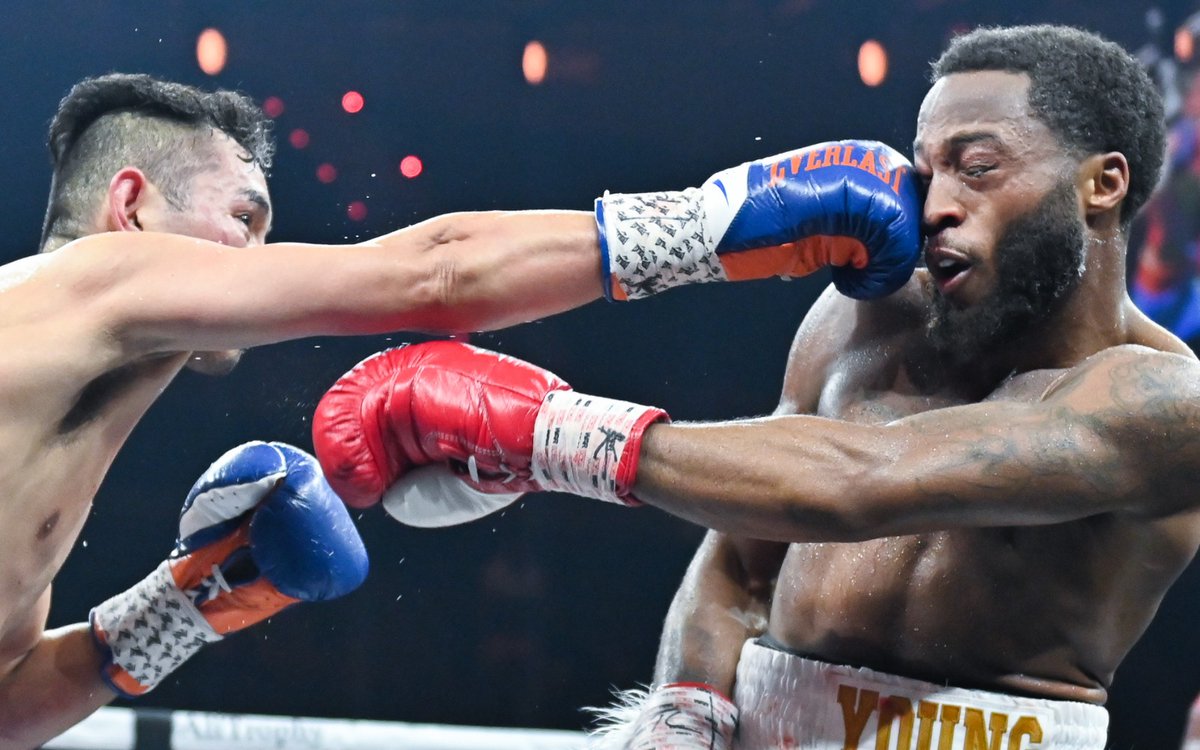 Nonito Donaire doesn’t seem to age. There are some signs that “The Filipino Flash” is 36. His body isn’t as tight as it once was. The scar tissue around his eyes is paper thin and opens easily.

But none of it means Donaire isn’t still formidable. He proved it by dominating late-replacement Stephon Young (18-2-3, 7 KOs) to retain his WBA bantamweight title after a crushing left hook ended it at 2:37 of the sixth round on the Prograis-Relikh undercard.

Young took the fight on three days’ notice, replacing the injured Zolani Tete, who backed out after hurting his shoulder.

Donaire (40-5, 26 KOs) will now advance to the WBSS bantamweight tournament finals against the winner of the May 18 fight between Naoya Inoue of Japan and IBF titlist Emmanuel Rodriguez of Puerto Rico.

In the opening of the third, swelling started to build around Donaire’s left eye. With 1:45 left in the third, Young tagged Donaire with a straight right and his confidence was beginning to grow. Still, Donaire remained unfazed and steady. He kept coming at Young, and in the final minute of the third backed him against the ropes. With :15 left in the round, Donaire staggered Young with a straight right to the cheek.

In the fourth, Young’s left eye was beginning to swell and his punch output had dropped considerably from the second round. It seemed a matter of time when he was shaken by a left hook.

Another devastating left hook right on Young’s chin ended it at 2:37 of the sixth.

“We came in with a good game plan and things happen,” Donaire said. “I got a little scratched up. I kept timing the hook and I figured out the timing and distance. I kept pushing and pushing, he throws the right and leans.

“There was the right moment when he leaned in.”