Stephen Espinoza: How much boxing is too much? 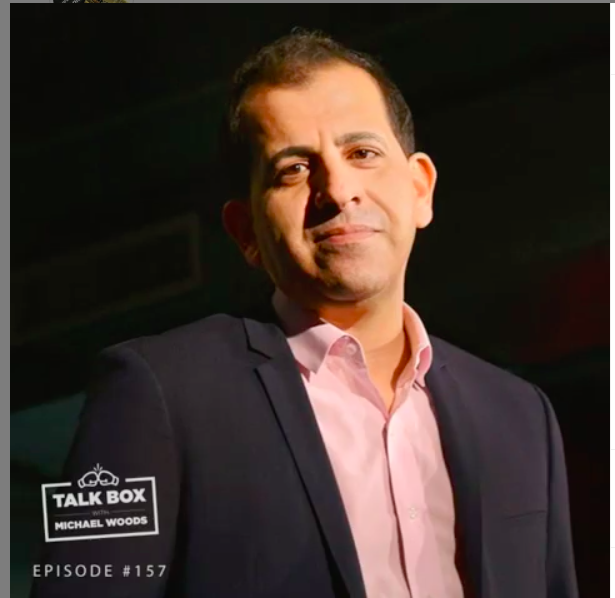 Boxing is a niche sport and we within the sport are always looking to grow its fan base.

It often seems like we could do a better job at it but then again, maybe we are where we should be.

There is no Mike Tyson around today and the last lead dog driver of the Sweet Science, from an attractiveness-to-the-masses standpoint, Floyd Mayweather Jr., had a risk-averse style that was heavily sweetly scientific in the ring and didn’t lend itself to bringing in loads of on-the-fencers.

Tyson brought non-boxing people into the fold and, yes, it’s been awhile since we had that sort of attraction to tantalize those who wouldn’t otherwise be inclined to give us a chance.

Showtime executive Stephen Espinoza has been leading their boxing program since 2011 and he came to the Everlast studio to chat with us on the “Talkbox” podcast. We talked about the current events in the pugilism realm and also how he sees boxing circa 2019. I confessed to Espinoza – a Texas native who went to Stanford, got a law degree, did entertainment law, shifted to sports, then became a premium cable network executive – that it feels like maybe we’ve stagnated some.

We have these new platforms shifting the dynamic but doesn’t it seem that are like 400,000, tops, hardcore boxing fans in America. That might even be closer to 300,000 if there is a particularly solid college football or NFL game butting heads with a good-grade boxing presentation.

We discussed a number between 300-400,000 as that hardcore rooter…Does Espinoza agree?

“I think that number is fairly accurate for the core hardcore, whether you’re talking about ‘ShoBox,- those are not names; those are high quality fights. But you really have to be a boxing fan; that’s the core there. Some of the smaller fights even on big platforms on ESPN, are getting that amount. I think right now what the audience is adjusting to is the saturation,” said Espinoza. “The reality is there’s an education period. The casual fan doesn’t know what to watch. We forget how casual the casual fan is. It’s a term we throw around a lot: Who’s the ‘casual fan’? I consider a casual fan somebody who is willing to watch boxing. Maybe they are flipping around; maybe whether it’s a pay-per-view or a slow night at home, they’re open. They stumble on it and they’re willing to…The problem with such a variety of platforms and pure tonnage of fights is it is watered down. It’s sort of like if you televised and I mean this with all due respect, if you gave a national television deal to minor league baseball. Does it deserve to be on television? Does it deserve to be seen? Sure. Maybe not nationally. There’s a market for it and there’s people that enjoy minor league baseball as much as major league.

“But the reality – certainly at Showtime and I think the larger platforms – we have a responsibility to the sport and to our own businesses to not just put on tonnage, not just filler. ESPN may need filler; DAZN may need tonnage and content for new services. That’s great for those businesses. Is it good for the sport? Is it good for the promotion?”

And it may not be the best thing for those businesses I pointed out. We talked about my “Golden Corral Theory.” It has dozens of items…but is the quality there? Is it the best of anything you’ve ever had or is it usually just “Meh,” and do they lure you with quantity over quality? When you leave there, you leave full of it…but satisfied…needing to go back next week?

Talk to me, readers: What do you think of this era, which has sometimes four promotions screening content from Friday into Sunday. There is no shortage of hours of material to watch but are you the better for it?