After numerous close calls, Adrian Granados out to win a big one against Danny Garcia 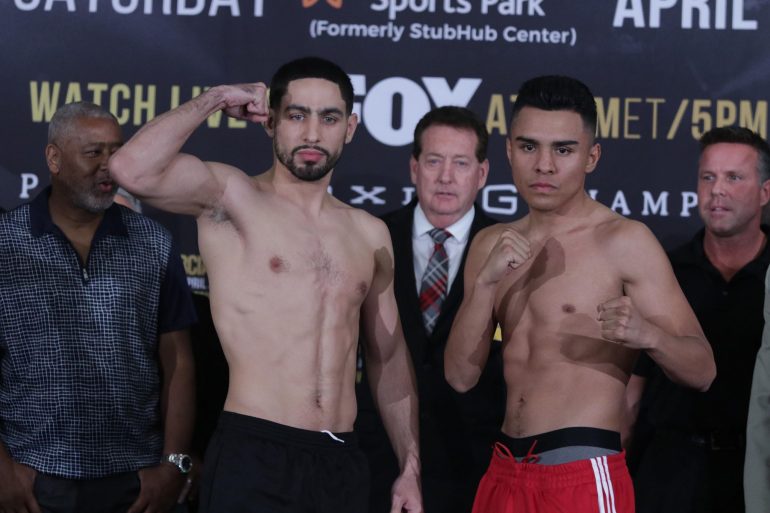 Adrian Granados understands he is the underdog Saturday night. That does not mean he has to fight like one.

After a handful of close and split-decision losses, Granados may think he has to go in and knock Danny Garcia out Saturday night when they square off Saturday night at Dignity Health Sports Park (formerly known as StubHub Center) in Carson, California.

FOX will broadcast the 12-round welterweight fight that will headline a three-bout telecast (8 p.m. ET/ 5 p.m. PT).

That may not have to be the case as Granados believes he can outbox and outwit Garcia, and give boxing fans in attendance or watching on television a thrilling fight.

Granados (20-6-2 1 NC, 14 knockouts), who resides in Chicago, has won his last two bouts, both in Mexico, since his four round no-decision against Javier Fortuna on June 16. Fortuna was injured when he fell through the ring ropes, hitting the back of his head on the cameraman’s stand next to the ring, leaving him dizzy and unable to continue.

It was a fight Granados was winning, and it was the latest in a long line of unfortunate occurrences during fights, which also includes the decision losses he has had throughout his career. All but one, his loss to Shawn Porter in November of 2017, have come by split or majority-decision.

Like Garcia (34-2, 20 KOs), who has lost two of his last three bouts, a loss Saturday night would derail any attempt for Granados to fight for a world title or a big-money fight. Which may make the Garcia-Granados fight even more compelling, from many different angles.

“This is a classic in (the) making,” said Granados at an open workout earlier this week. “We’re going to put on a show. I feel great.”

“I think the Puerto Rico vs. Mexico rivalry makes it a great fight (Granados is Mexican-American and Garcia is of Puerto-Rican descent). Plus, we both come from tough neighborhoods in Chicago and Philadelphia. I’m proud of who I am and where I’m from and we’re both going to represent for (where) we’re from.”

Granados’ best win as a pro came in November of 2015, when he stopped then-contender Amir Iman. Granados was down in the fight, but came on during the later rounds to hurt Iman multiples times before the fight was stopped in round eight. 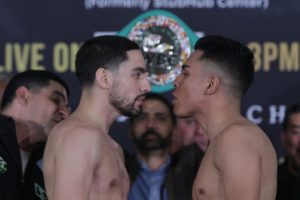 The win did not translate to bigger purses or an immediate fight against a contender for Granados, who fought only once the following year before facing Adrien Broner in February of 2017. Granados would lose a close split-decision to Broner, which numerous scribes thought Granados did enough to win.

Granados is eager to implement his plan against Garcia, despite the intangibles he will face Saturday.

“There are a lot of challenges in this fight. I have to go out there to dominate and take the fight away from him. Danny is a great fighter and there’s a reason he’s a big name in the sport. This is an opportunity that I’m going to take advantage of.”

A victory over Garcia would be the biggest of his career, but it will also open numerous opportunities later this year. Granados is ranked No. 11 by the WBC.

Granados has been on the short end of a handful of close decisions that could have easily gone the other way. He is confident the lessons he has learned from these fights will benefit him, including Saturday’s clash against Garcia.

“I don’t think Danny is looking past me, but I know he has bigger plans. I’m here to interrupt those plans, because I have my own plans. I’m going to catapult myself to where I belong and where I should have always been.

“This win would mean a lot to me. It’s a huge fight and a big opportunity. A win against Danny can catapult me to where I belong. That’s what I’m coming to do in this fight. It’s going to be an exciting fight. The preparation is done. I’m ready for war on Saturday night.