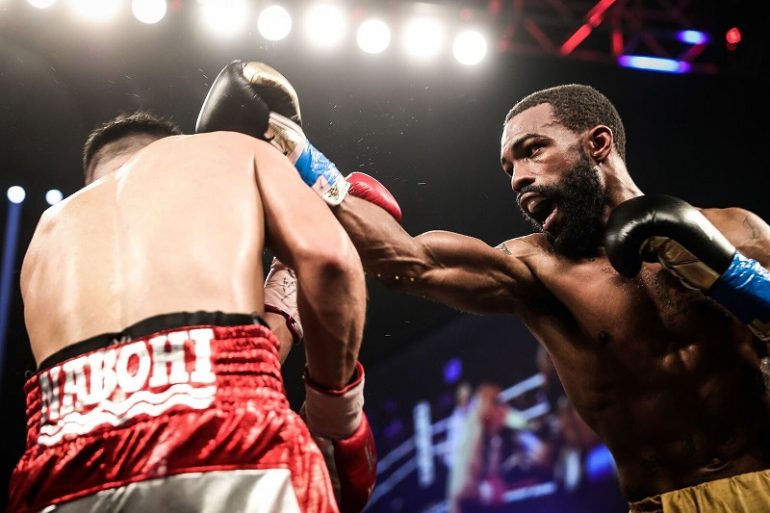 Gary Russell Jr. will defend his WBC featherweight title against Kiko Martinez in the co-feature to Deontay Wilder vs. Dominic Breazeale on May 18 at the Barclays Center in Brooklyn.

Russell, who is rated No. 3 by The Ring at 126 pounds, will be seeing action for the first time since winning a 12-round unanimous decision over Jo Jo Diaz in May. The talented Washington native has been extremely inactive, fighting on a schedule of once a year since 2015.

“I expect to send a message to everyone in or near my division that I’m a force to be reckoned with,” said Russell (29-1, 17 knockouts). “I want to unify against Leo Santa Cruz and I’m going to do what I have to do to get there.

“I’m never going to take any opponent lightly and right now, it’s my job to take care of Kiko Martinez before I worry about anything else. On May 18 you should expect to see excitement, punching power, hand speed, fast combinations and a great level of boxing IQ. I’m the best in boxing today and I prove that every time I get in the ring.”

Martinez, the former IBF junior featherweight titleholder, has faced some of the best names in and around his division: Santa Cruz, Carl Frampton, Josh Warrington and Scott Quigg. The 33-year-old pressure-fighter has unquestionably seen better days, but he is unbeaten in his last four contests.

“I’ve been waiting for this opportunity to win another world title and I’m thankful and excited for May 18,” said Martinez (39-8-2, 28 KOs). “Gary Russell Jr. is in for a rude awakening. I have a lot of experience and I feel great at featherweight. There will be nothing better than celebrating my 50th fight with a new world title.”