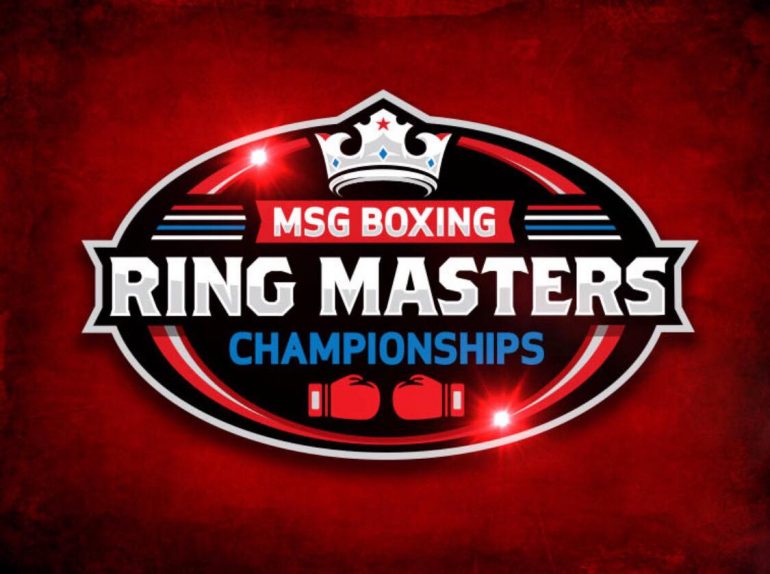 There’s no shortage of regional and city amateur tournaments throughout the country but what had separated New York City from others was that tournaments culminated in fights at Madison Square Garden. Fighters like Sugar Ray Robinson and Floyd Patterson cut their teeth at “The World’s Most Famous Arena” in the amateurs, years before they returned to headline there as pros.

For decades the Golden Gloves concluded at the Garden’s big room, then moved to the Theater but, in recent years, the finals had taken place at less expensive venues like the Barclays Center and Aviator Arena in Brooklyn. However for the second year in a row, the city’s National Golden Gloves qualifier will have its finals at the Garden’s Hulu Theater, beginning this Friday at 6 p.m., though the tournament is now known as the Ring Masters Championships.

How did Ring Masters come to be? Long story short: Sonya Lamonakis, the president of USA Boxing Metro NY, and the Metro’s board of directors sought to take over the tournament from the New York Daily News. A legal battle ensued; Lamonakis’ group won the tournament but lost the name. (An email to NYDN seeking comment was not answered by the time of publication.)

Four times as an amateur, from 2004-2007, Lamonakis fought at the Garden, winning four Gloves titles and earning a spot in the tournament’s Hall of Fame. After the amateurs, she went on to have a successful professional career as well, holding a 10-2-3 (with 1 knockout) record in the heavyweight division.

“It was tough last year: we had to win over our membership,” said Lamonakis.

“Once everybody realized they were going back to the Garden, it really started to pick up and the buzz got heavy.” 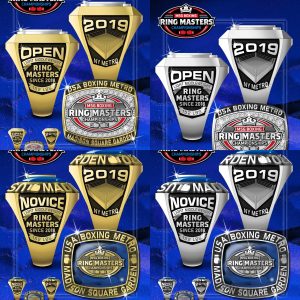 Instead of a necklace with a gloves ornament, champions now win rings (gold for open winners, silver for open runners-up and novice champs). Other features include holding most of the preliminary shows (there were 18 this year) at boxing gyms instead of church buildings and bracketing, which allows boxers to know whom their next opponents will be in advance, so they can prepare for that specific style.

“There was never any tension in the locker room; everybody knew what they were there for. There was more consistency; more kids showed up. They knew who they were boxing; they prepared for that boxer and it made a big difference,” said Lamonakis, whose day job is teaching seventh grade English language arts at PS 183Q in Rockaway Beach, Queens, where she now lives.

Another innovation was including Junior Olympic (under-17) and Masters (35+) boxers in the tournament, though they receive a belt instead of a ring, and don’t get to fight at MSG.

There will be 26 finals matches in in the novice and open class but the one that sticks out to Lamonakis is the men’s open class 141-pound final between Bruce “Shu-Shu” Carrington, a 2016 U.S. Olympic alternate representing NYC Cops & Kids Boxing Club, and Raymond Cuadrado Jr. of Brotherhood Boxing Club, who she says dropped a “very controversial decision” last month at the Western Elite Qualifer & Regional Open in Reno, Nevada.

Bout sheet for the Ring Masters Championships finals which takes place at Madison Square Garden on April 19 at 6PM pic.twitter.com/VzwtnvHVD4

As for her own career? Lamonakis said she’s not done yet, though she hasn’t fought since 2017. She had been planning for a title fight but had to undergo rotator cuff surgery three weeks ago.

“I’m just getting out of my cast now and starting to stretch and feeling a lot better,” said Lamonakis. “I’ll definitely get another belt before I hang them up.”

Tickets for the Ring Masters Championships finals begin at $25 and can be purchased via Ticketmaster.