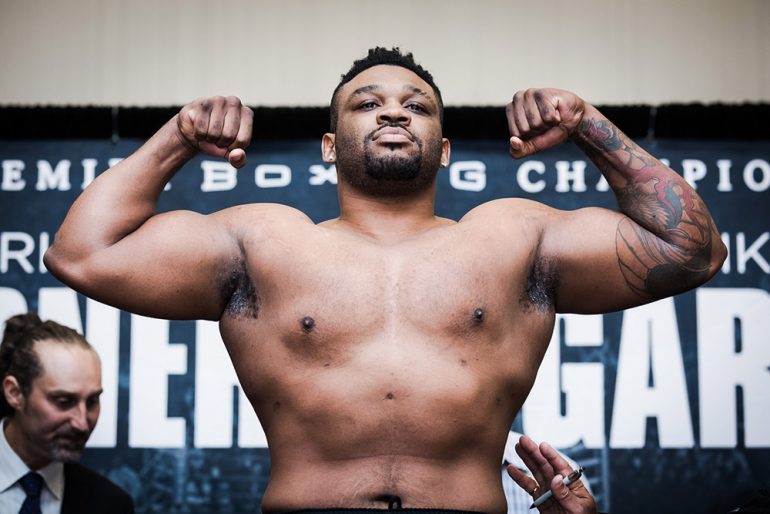 The New York State Athletic Commission has denied Jarrell Miller a license to box Anthony Joshua for the IBF, WBA and WBO heavyweight titles on June 1, according to a Tweet from Lance Pugmire of the Los Angeles Times on Wednesday afternoon.

The decision was made after Miller tested positive for GW1516 on a test conducted by VADA on March 20. This particular banned substance is known to increase aerobic power and endurance.

“(Miller’s) license has been denied – he can re-apply on any new developments – but yes (we are) likely to need new opponent,” promoter Eddie Hearn told Pugmire on Wednesday.

As one would expect, almost every available heavyweight with a pulse has either offered their services or been rumored to fill the void. In less than 24 hours, Joshua has been linked to potential bouts against Luis Ortiz, Adam Kownacki, Manuel Charr, Kubrat Pulev, Michael Hunter, Joseph Parker and Dillian Whyte.

Whoever is eventually selected has “Big Baby” to thank for the opportunity.

The damage to Miller’s career could be catastrophic. While competing as a kickboxer in 2014, the Brooklyn-born fighter tested positive for the banned substance methylhexaneamine and was fined and suspended by the California State Athletic Commission. This latest infringement will only damage his reputation further.

Miller will also lose out on an estimated $4.75 million payday.