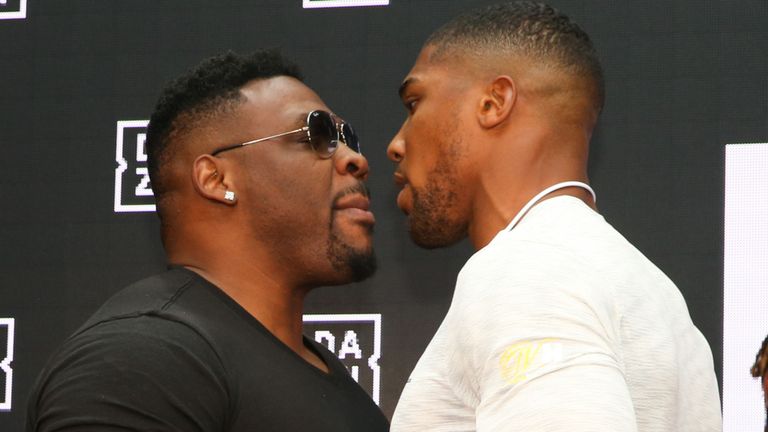 An “adverse reaction” to a recent VADA test sample has put Jarrell Miller’s status in flux for his heavyweight title challenge against Anthony Joshua.

The news was broken late Tuesday night by ESPN’s Dan Rafael, who reported that Miller had come up positive for GW1516, a banned substance listed on the World Anti-Doping Agency’s site as a metabolic modulator and is commonly used for weight loss and boosting stamina.

Shorty after Rafael’s story went live, Matchroom Boxing’s Eddie Hearn, who promotes Joshua, issued a statement via Twitter: “We have been informed by VADA that there has been an adverse finding in Jarrell Miller’s sample collected on March 20th, 2019. We are working with all relevant parties and will update with more details soon. AJ’s preparation continues for June 1st at MSG.”

We have been informed by VADA that there has been an adverse finding in Jarrell Miller’s sample collected on March 20th, 2019. We are working with all relevant parties and will update with more details soon. AJ’s preparation continues for June 1st at MSG.

That statement was followed by one from Salita Promotions, the co-promoter of Miller: “We are in the process of obtaining further information about VADA’s finding and will have more to say soon on this developing situation. In the meantime Jarrell continues to train for his June 1 fight against Anthony Joshua.”

The development comes with a twist of irony considering that Miller (23-0-1, 20 knockouts) of Brooklyn, N.Y. had repeatedly accused Joshua (22-0, 21 KOs) of Watford, United Kingdom of using performance enhancing drugs to add muscle. Miller, 30, had never previously failed a test in boxing, but as a kick boxer, he tested positive for the banned substance methylhexaneamineafter his 2014 decision loss to Mirko Cro Cop, earning himself a nine-month suspension from the California State Athletic Commission, plus a $2,500 fine.

If Miller’s positive test leads to the cancellation of the Joshua fight, it’ll end up costing him a lot more than a couple grand. ESPN reports that Miller is set to earn $4.875 million plus pay-per-view proceeds in the United Kingdom, plus two fights on DAZN worth a combined $3 million if he were to lose to Joshua.

ESPN reports that Miller’s previous career-high payday was the over $500,000 he earned for his most recent fight, a fourth round knockout of Bogdan Dinu last November.

Joshua, 29, is set to make his United States debut after nearly six years as a professional following his gold medal win at the 2012 Olympics made him a superstar back home.