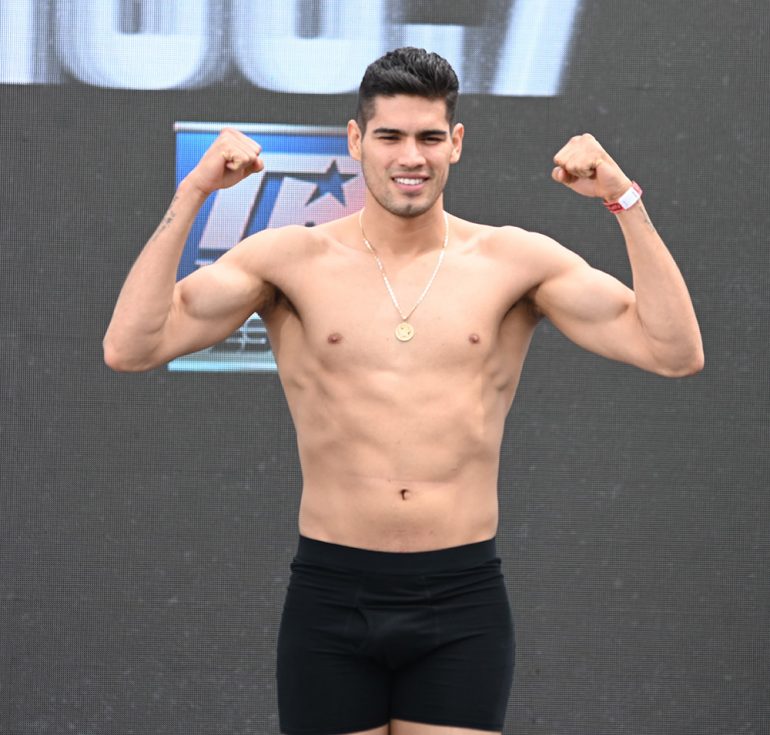 The phrase ‘If it is not broken, do not fix it’ does not apply to Gilberto Ramirez.

The 27-year-old Ramirez amassed 39 victories, but decided a change in weight and trainers was the best move for him at this point in the career. How that will immediately translate remains to be seen, but Ramirez is confident he can become a better overall fighter.

After winning a world title belt at 168 pounds, Ramirez is moving up to the light heavyweight division. He will make his debut tonight against Tommy Karpency at Staples Center in Los Angeles.

The 10-round bout will precede the 12-round bout between WBO, WBA, and Ring Magazine lightweight titleholder Vasiliy Lomachenko and Anthony Crolla.

At Thursday’s weigh-in, both Ramirez and Karpency weighed in at 174.6 pounds.

Weeks later, Ramirez announced he would move up in weight to 175 pounds, but stated he has not vacated his WBO title.

“It had become more difficult for me to make 168 pounds,” said Ramirez at Tuesday’s media workout. “I spent most of my career at that weight and my body was maturing. I’d return to super middleweight if there was a really big fight available to me, like Canelo (Alvarez) or (Gennady) Golovkin.”

“If Bob gives me a big fight with Callum Smith at 168, I can make the weight. That would be a fantastic fight.”

Karpency (29-6-1, 18 KOs), who resides in Adah, Pennsylvania, has won four of his last five bouts, with the only loss coming to current WBC titleholder Oleksandr Gvozdyk in July of 2016. The 33-year-old Karpency dropped Gvozdyk in the opening round before he was stopped in round six.

Tonight will also mark Ramirez’s first fight with new trainers Julian Chua and Joel Flores. Ramirez split with longtime trainers and managers Hector and Jesus Zapari in early February, both of whom had worked with Ramirez since he was 12 years old.

Ramirez believed the change was necessary.

“I have changed my entire team,” said Ramirez, who resides in Mazatlan, Sinaloa, Mexico. “This is a new beginning for me. Julian and Joel have brought a new element to my game. The result fo the training will show on fight night.”

Ramirez also made a change in his personal life. Last week, he proposed to his girlfriend, Pricilla, who is pregnant. The proposal took place in a ring at the gym Ramirez trains at, where a mariachi band entered the gym after Pricilla said yes.

Ramirez believes he has yet hit his ceiling as a prizefighter. It will be interesting to see whether Ramirez will stay and compete as a light heavyweight or move down and attempt to make weight for a big-money fight.

Wherever Ramirez goes, it would be interesting to see how he will develop his overall game against the best fighters at 168 or 175 pounds.

“I feel very blessed for all that’s happened. It’s the right moment for me in my career. I am grateful.”