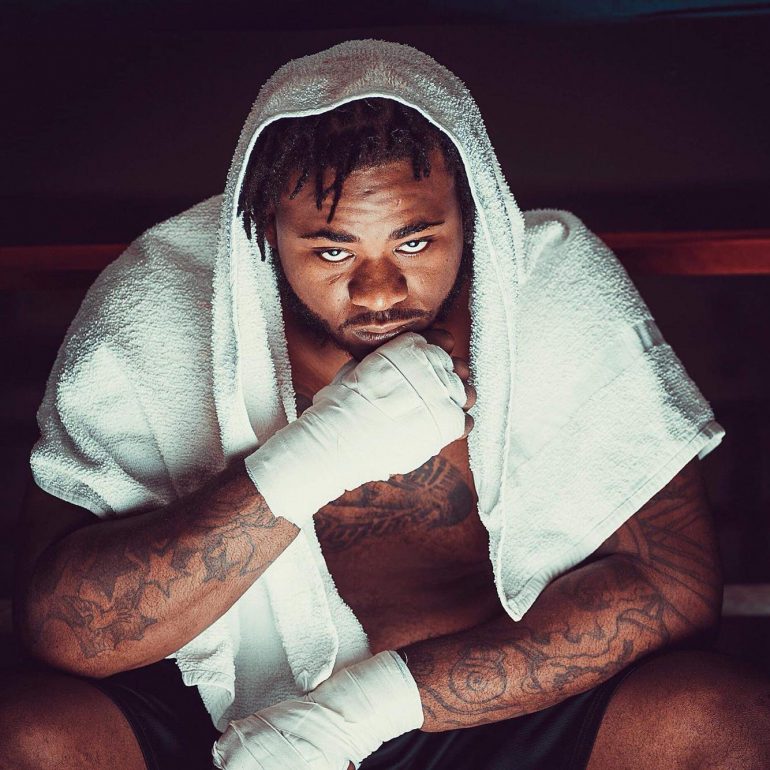 Jermaine Franklin admits there was a time when he was the rolly-polly kid. He was about 300 pounds when he entered high school, with a penchant for not walking away from confrontations.

He tried football for a time, before making the shift to boxing—because he loved hitting people.

The 6-foot-1, 25-year-old heavyweight from Saginaw, Michigan, will get a change to knock around 38-year-old veteran Rydell Booker (25-1, 12 knockouts) in a 10-round undercard bout Saturday night (9:10 p.m. ET/6:10 p.m. PT) on “Showtime Boxing: Special Edition” tripleheader from the Adrian Phillips Ballroom in Boardwalk Hall in Atlantic City, featuring the undisputed women’s middleweight title fight between Claressa Shields and Christina Hammer.

Franklin (17-0, 13 KOs) will be making his national TV debut. He’s not getting too excited over it.

It’s not the first fight Franklin’s been in. That came over 13 years ago in grade school, and what led Franklin into boxing.

“I had gotten into a couple of fights in middle school and a little trouble,” Franklin recalled. “One day I came from school after getting in trouble again and my stepdad, Darwin Lamar, pulled me aside and told me, ‘If you’re going to fight, you might as well box.’ He took me up to the gym and I’ve been going ever since.”

Franklin was around 13 when Lamar took him to the Trinity Boxing Gym.

“I was like this big, little fat kid,” Franklin said, letting out a big laugh. “I used to get in a lot of fights. The kids didn’t pick on me too much. I didn’t really go on too much for that. It was kids being kids. My friends would get into trouble and I would get into it with the people who got into with my friends.

“I was about 200 pounds when I got to high school. I played football my freshman year, and once they put me on the offensive line, that was it for me. I wanted to hit someone. By sophomore year, I was around 5-11, 300 pounds. Boxing kind of helped me lose the weight, but after I graduated high school, I got up every day working out going crazy.”

That “crazy” discipline chopped off serious weight. Franklin dabbled into the amateur ranks, with around 36 bouts. In 2013, he reached the National Golden Gloves tournament. In 2014, he began noticing he had some talent and decided to turn pro in 2015.

“I was a real gym rat, I loved it, being around boxing,” said Franklin, who is trained by Jesse Addison and aided by Lorenzo Reynolds. “That’s the crazy part, I love the sport and I love to fight. If I didn’t get paid, boxing would still be a hobby that I would do. I train for long fights.”

Booker’s one pro loss came to James Toney—15 years ago, when Franklin was still punching out grade schoolers. But Franklin isn’t intimidated by Booker’s years of experience.

“I know how Booker tries to fight, he’s one of these guys who likes to keep space and use his footwork,” Franklin said. “But I’m a warrior. I can box, I can use angles. I have power and speed. My plan is to take him out of his game plan and fight my fight.”