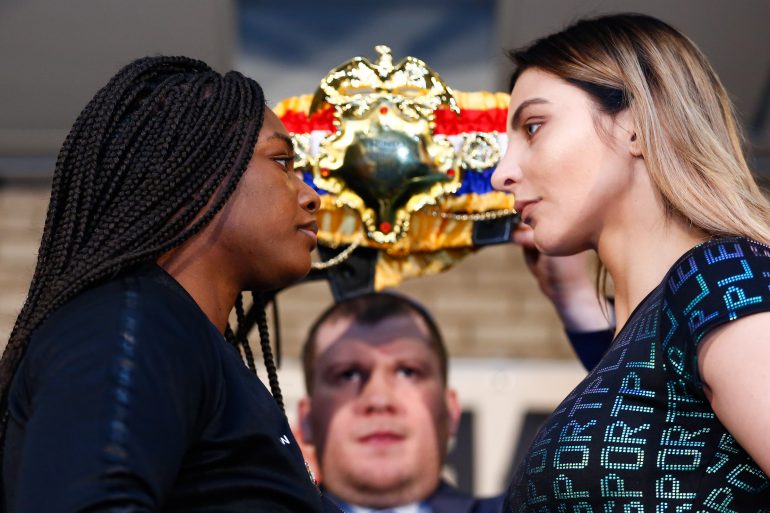 Saturday’s showdown between Claressa Shields and Christina Hammer at Atlantic City’s historic Boardwalk Hall is, on paper, the biggest fight that can be made in women’s boxing. The reasons are obvious: Both fighters are undefeated (Shields is 8-0 with two knockouts, while Hammer is 24-0 with 11 knockouts), they hold all the widely recognized alphabet belts at 160 (Shields owns the WBC, WBA and IBF straps while Hammer is the WBO monarch) and the contrasts in fighting style and temperament only serve to further complement their shared competitive drive.

But is Shields-Hammer the most significant fight in women’s boxing history? How does this pairing match up against past fights that have been made as well as against dream fights that never came to fruition?

These were some of the questions posed to Mark A. Jones, one of the foremost authorities on women’s boxing. Jones is a member of the International Boxing Research Organization (IBRO) whose opinions have been published within the pages of The Ring as well as posted on the web in a monthly column entitled The Sweet Side of the Sweet Science. He also writes a boxing blog (www.boxingjones.com) and has posted a monthly pound-for-pound list for the past seven years. His expertise has also been sought by this writer when conducting historical research on the women’s game. In short, his opinion matters, and, in his opinion, Shields versus Hammer is as big as it gets — and as big as it’s ever been.

“It’s hard to come close to Shields-Hammer because both fighters are undefeated and are the best in the middleweight division,” he said. “They are polar opposites: Shields is aggressive and Hammer is shy. Shields is a forward-moving counterpuncher whereas Hammer is a pure boxer. Plus, Shields is a two-time Olympic gold medalist. To date, Shields versus Hammer is the greatest female boxing match of all time due to those reasons and because of the fact that both the U.S. and Europe are watching it closely.”

Barring any unforeseen events, it is a lock that Shields-Hammer will happen. But followers of the women’s game have reason to hold their breath until the opening bell sounds because several “dream matches” appeared to be on the horizon but, for various reasons, never occurred. 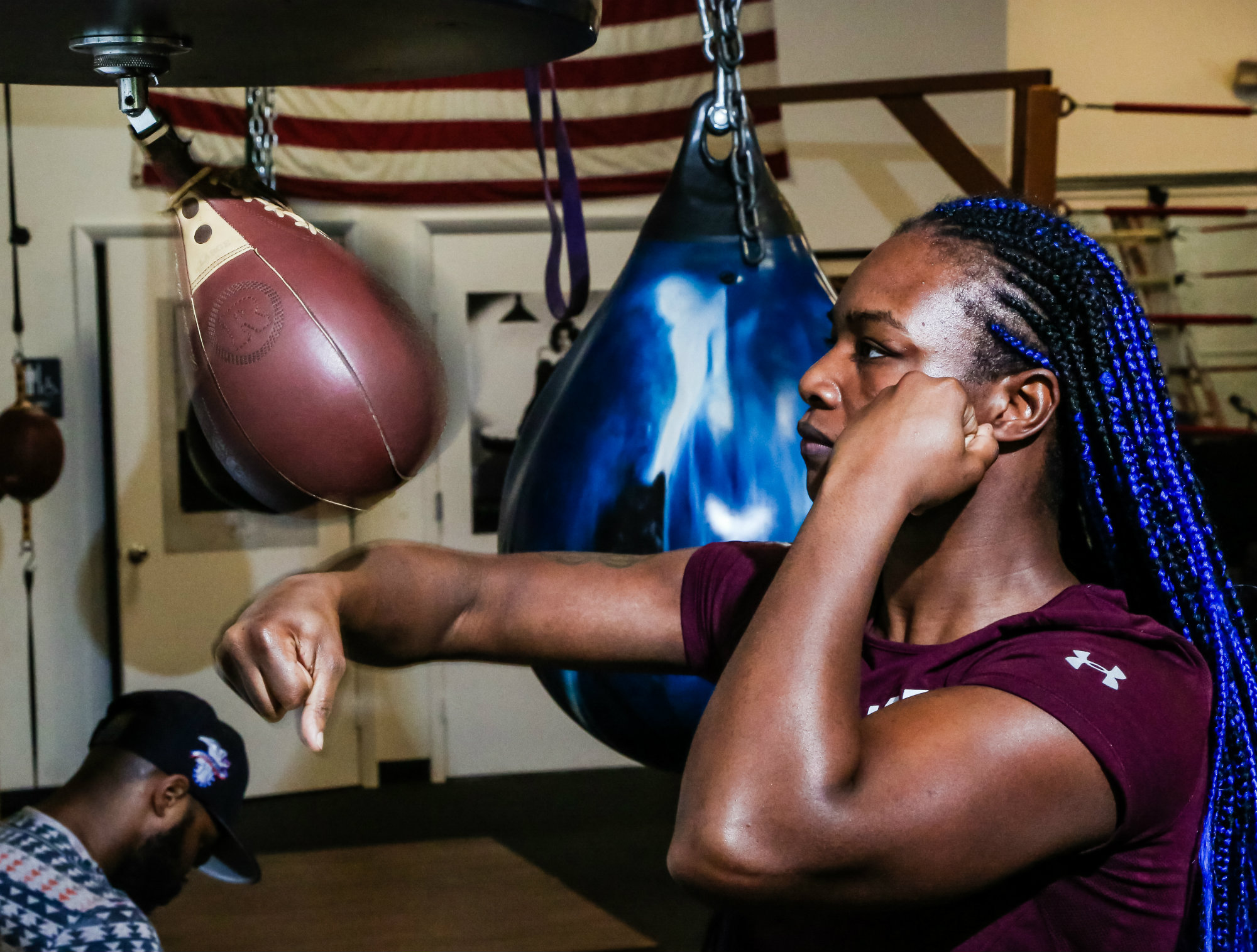 The most notable pairing that whetted appetites but left fans wanting was the showdown between Christy Martin and Lucia Rijker, a long-simmering feud that came tantalizingly close to becoming reality. In fact, the fight was signed and particulars were nailed down.

“It was set for July 9, 2005 at the Staples Center in Los Angeles and Bob Arum was the promoter,” Jones said. Interest in the bout was peaking thanks to the release of Million Dollar Baby in which Rijker played villainess “Billie the Blue Bear.” The fact that the fight was set in L.A. was notable because, on February 28, 2000, the pair brawled during a public workout designed to build interest in the Felix Trinidad-David Reid fight as well as Martin’s undercard bout against Belinda Laracuente on March 3. The verbal and fistic jousting was just another episode in the years-long rivalry, which, to that point, had lasted eight years.

The terms of the proposed bout were unique: Each was guaranteed a base purse of $250,000 but the winner would be rewarded with a $500,000 bonus, raising the winner’s purse to $750,000 and the total pot to $1 million. It was believed that the fight would be waged at a 142-pound catchweight — give or take a pound — and that it would be scheduled for 12 rounds instead of the customary 10-round championship distance.

Unfortunately, that brief exchange of fisticuffs was the only taste fans would get.

“Lucia injured her Achilles tendon during training for the fight,” Jones said. “The recovery time for an Achilles injury can be up to a year, and the opportunity disappeared.” That’s because both women were 37 and would have been coming off long layoffs even if the original date held (Martin hadn’t fought since being stopped by Laila Ali in August 2003, while Rijker’s last fight was a 10-round decision win over Deborah Fettkether in May 2004), and a year’s delay would have killed any momentum gained by the film’s release. Rijker never fought again, while Martin soldiered on until 2012, retiring after losing a 10-round decision to Mia St. John in a rematch of their December 2002 meeting won by Martin on points.

Jones cites three other female superfights that never came to be: Laila Ali versus Ann Wolfe, Rijker against Sumya Anani, and Ali against Kazakh-born German-based Russian Natalya Ragozina, who, like Ali (24-0, 21 KO), retired with a perfect record (22-0, 13 KO).

“Ali has said that a fight with Ann Wolfe should’ve been made but there was never an opportunity,” he said. The demand from hard-core fans spiked after Wolfe destroyed Vonda Ward in May 2004), a titanic shot Jones deemed “the most devastating knockout in the history of women’s boxing.” Many observers believed the sight of the 6-foot-6 Ward’s semi-conscious body striking the canvas struck fear in Ali, but Jones believes the fighter known as “She Bee Stingin’ ” had a more thoughtful reason to avoid a sample of “Brown Sugar.”

“I disagree with the conventional wisdom that Ali didn’t want to fight Wolfe,” he said.”I just think there had to be a large purse involved. Ali, like Martin, was a household name while Wolfe, like Rijker, had a cult following. Neither (Rijker or Wolfe) was really mainstream.” Because of that dynamic, the money needed to draw Ali into the ring was never assembled.

“I’m not sure why Rijker versus Anani was never made,” Jones continued. “Anani defeated Martin in 1998 (Martin’s first loss in nine years and 35 fights) and pursued a fight with Rijker. But, for whatever reason, it didn’t materialize. Perhaps because Rijker and Anani had cult followings and it didn’t make financial sense for either of them. As for Ali versus Ragozina, Ragozina was a super-skilled super middleweight who fought mostly in Germany. (Because Ali was a skilled superstar in America), you could compare Ali vs. Ragozina to Roy Jones against Dariusz Michalczewski, but Ali-Ragozina didn’t get the traction that an Ali-Wolfe fight would have.”

When asked to assess these four mythical matchups, he said the following:

Ali vs. Wolfe: “Ali would beat Wolfe by unanimous decision in a bout where I think both fighters are of the same skill level. I take the boxer/counterpuncher over the slugger.”

Rijker vs. Anani: “Anani had a swarming style that contrasted well with Rijker’s counter-punching ability. She’s different from Martin because while Martin was aggressive she needed room to punch while Anani stayed on top of her opponents, like Ray ‘Boom Boom’ Mancini. If I were to equate Martin’s approach with anyone, it would be Matthew Saad Muhammad. That’s because he wasn’t really an in-fighter; he was more of a mid-range puncher who threw a lot of punches and he needed distance to gain the leverage he needed for maximum power. Styles make fights, and I think Rijker would hold her own on the inside while out-boxing Anani from range. Rijker by unanimous decision.”

Ali vs. Ragozina: “They fought with the same style, basically, but Ali was faster and more fluid. Ali by unanimous decision.” 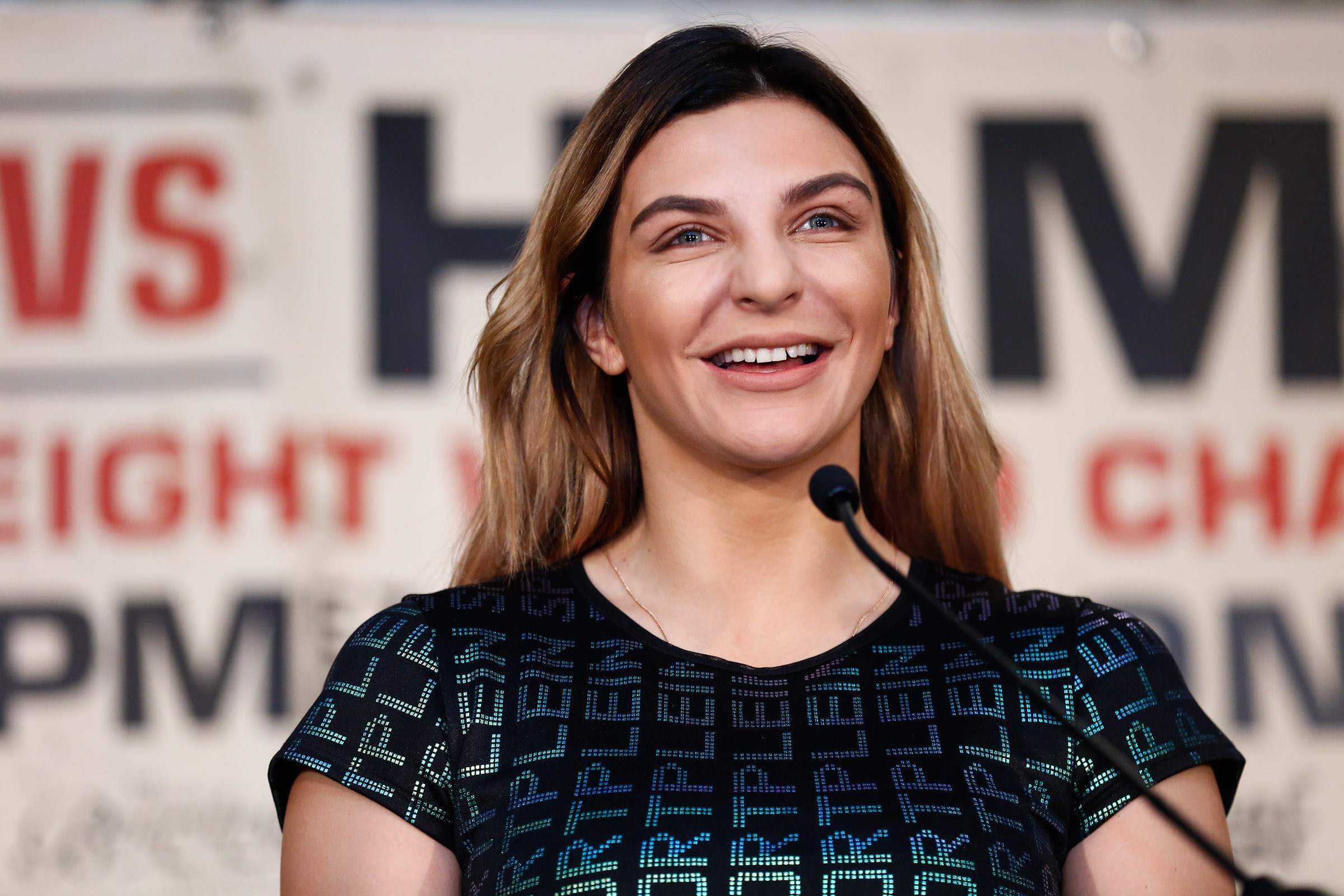 “I think Shields wins in a close one,” he said.

For all of the missed opportunities, Jones said the women’s game has successfully produced pairings that lifted the bar. He cites Jessica Chavez W 10 Yesica Bopp in June 2013 as such a match and bestowed similar status to Delfine Persoon W 10 Erica Farias in April 2014, Daniela Bermudez W 10 Marcela Acuna in April 2018, Yesica Marcos D 10 Marcela Acuna I in January 2013, and the back-to-back fights between Jackie Nava and Ana Maria Torres in 2011 (the first was a draw while Nava won the rematch on points).

When asked to draw a comparison between Shields-Hammer and past fights that earned similar marquee power and media coverage, Jones came up with a pair of suggestions.

“In the U.S.A., it’s the biggest fight since Laila Ali vs. Jacqui Frazier-Lyde (which was staged June 8, 2001 at the Turning Stone Casino in Verona, N.Y. during the International Boxing Hall of Fame’s Induction Weekend, a fight won by Ali on unanimous decision). Globally, I would say the first fight between Cecilia Braekhus vs. Anne Sophie Mathis in September 2012 in Denmark (which Braekhus won on points). That was a bigger fight, but nobody but about 12 people in the U.S.A. knew about it.”

Far more than 12 people know about Shields versus Hammer, and Jones believes that women’s boxing will be boosted even if the fight doesn’t live up to the hype.

Lee Groves is a boxing writer and historian based in Friendly, West Virginia. He is a full member of the BWAA, from which he has won 16 writing awards, including two first-place awards, since 2011. He has been an elector for the International Boxing Hall of Fame since 2001 and is also a writer, researcher and punch-counter for CompuBox, Inc. He is the author of “Tales from the Vault: A Celebration of 100 Boxing Closet Classics” (available on Amazon) and the co-author of the newly released book “Muhammad Ali: By the Numbers” (also available on Amazon). To contact Groves about a personalized autographed copy, use the email [email protected] or send him a message via Facebook.