Sugar Ray Robinson versus the Hall of Fame 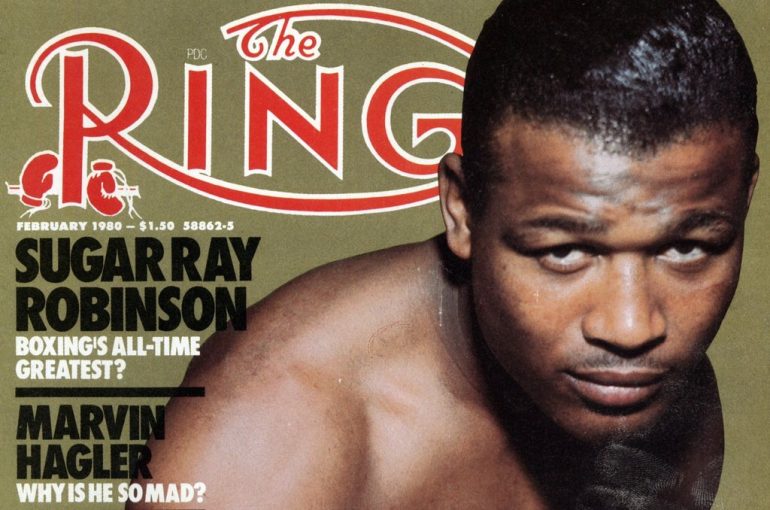 Thirty years ago today! Has it really been that long?

We all know the numbers.

Robinson, born Walker Smith Jr. on May 3, 1921, went 85-0 (69 KOs) as an amateur. As a professional, he annexed the middleweight championship a record five times, and that was after ruling the welterweight division between 1946 and 1950. His final career record was 174-19-6 (109 KOs) and that glorious career lasted an incredible 25 years.

The following is a retrospective on Robinson’s Hall of Fame showdowns, along with background on some of those great opponents:

Fritzie Zivic
Career Record: 158-65-9 (82 KOs)
IBHOF Induction: 1993
Zivic won the welterweight championship from the legendary Henry Armstrong in October 1940 and confirmed his supremacy with a knockout victory in the rematch three months later. He’d lost his title to Freddie Cochrane in July 1941 and was now looking for a route back. Robinson was 25-0 (20 KOs) when he won a 10-round points decision over the battle-hardened veteran at Madison Square Garden. In the return fight, three months later, Robinson ruthlessly dispatched his decorated rival, scoring two knockdowns en route to a 10th-round stoppage. 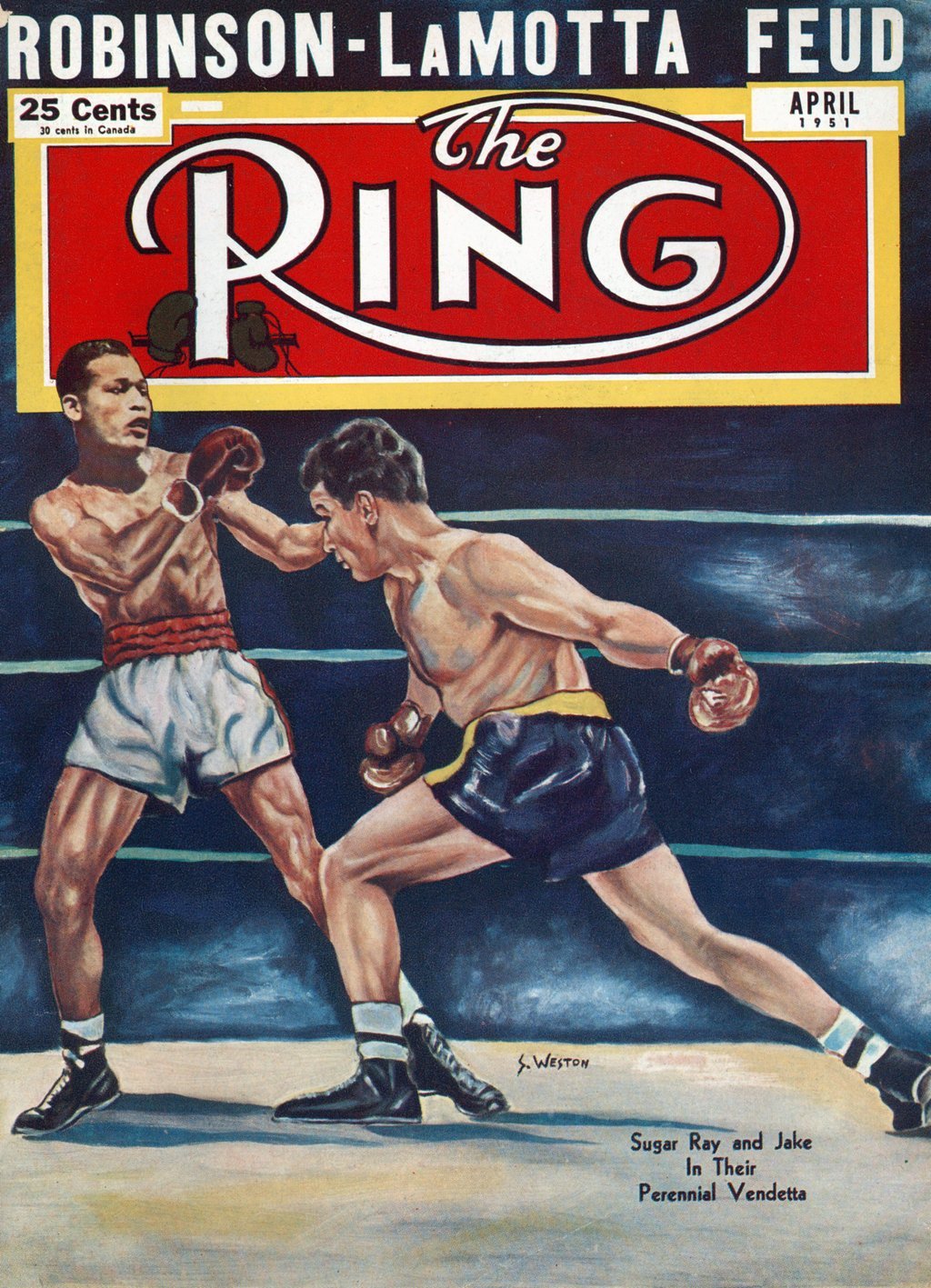 Jake LaMotta
Career Record: 83-19-4 (30 KOs)
IBHOF Induction: 1990
Robinson’s most famous rival would never get discouraged and he would never go down in this epic series of fights. Six meetings between October 1942 and February 1951 were the stuff of legend. LaMotta, naturally the bigger man, handed Robinson his first professional loss in their second bout and “The Sugar Man” took the rest, finally securing a stoppage win in their last meeting – the famous “St. Valentine’s Day Massacre.” That victory saw Robinson claim the middleweight championship for the first time. Two fighters who were made for one another in terms of their respective styles – LaMotta’s bull versus Robinson’s matador.

Henry Armstrong
Career Record: 152-22-9 (101 KOs)
IBHOF Induction: 1990
This was arguably a battle between the two best pound-for-pound fighters of all time, but both men were at opposite ends of their careers when it took place. Robinson, at his peak, was reluctant to face his idol, while a fading Armstrong was having his 161st professional contest. The bout took place at Madison Square Garden, and according to the Associated Press, Robinson won every one of the 10 rounds with a disciplined and measured display. The legendary Armstrong is the only fighter to have held featherweight, lightweight and welterweight titles simultaneously. That will never be done again.

Kid Gavilan
Career Record: 108-30-5 (28 KOs)
IBHOF Induction: 1990
“The Cuban Hawk” turned out to be one of Robinson’s most technically difficult assignments. The first bout was a 150-pound non-title affair (Robinson weighed in officially at 150.5 pounds and sacrificed $5000) and Gavilan put forth a tremendous effort in losing a 10-round decision. The rematch was for the welterweight championship, and again Gavilan proved troublesome. Robinson was cut in the fourth and the match was even until Sugar Ray adjusted at the midway point. Robinson retained his title by 15-round unanimous decision at the Municipal Stadium in Philadelphia. The great Gavilan would take over at 147 pounds when Robinson moved north to middleweight.

Bobo Olson
Career Record: 97-16-2 (46 KOs)
IBHOF Induction: 2000
Olson has to be credited for his determination when it comes to Robinson. The Hawaiian pressure-puncher was competitive in his first two efforts against “The Sugar Man,” losing via 12th-round stoppage and 15-round decision. However, Robinson dominated the next two encounters. After returning from a two-and-a-half-year layoff, Robinson won five of six fights before reclaiming the middleweight crown from Olson via spectacular second-round knockout. He also won the final meeting by KO in four, flooring Olson with a thunderous left hook. 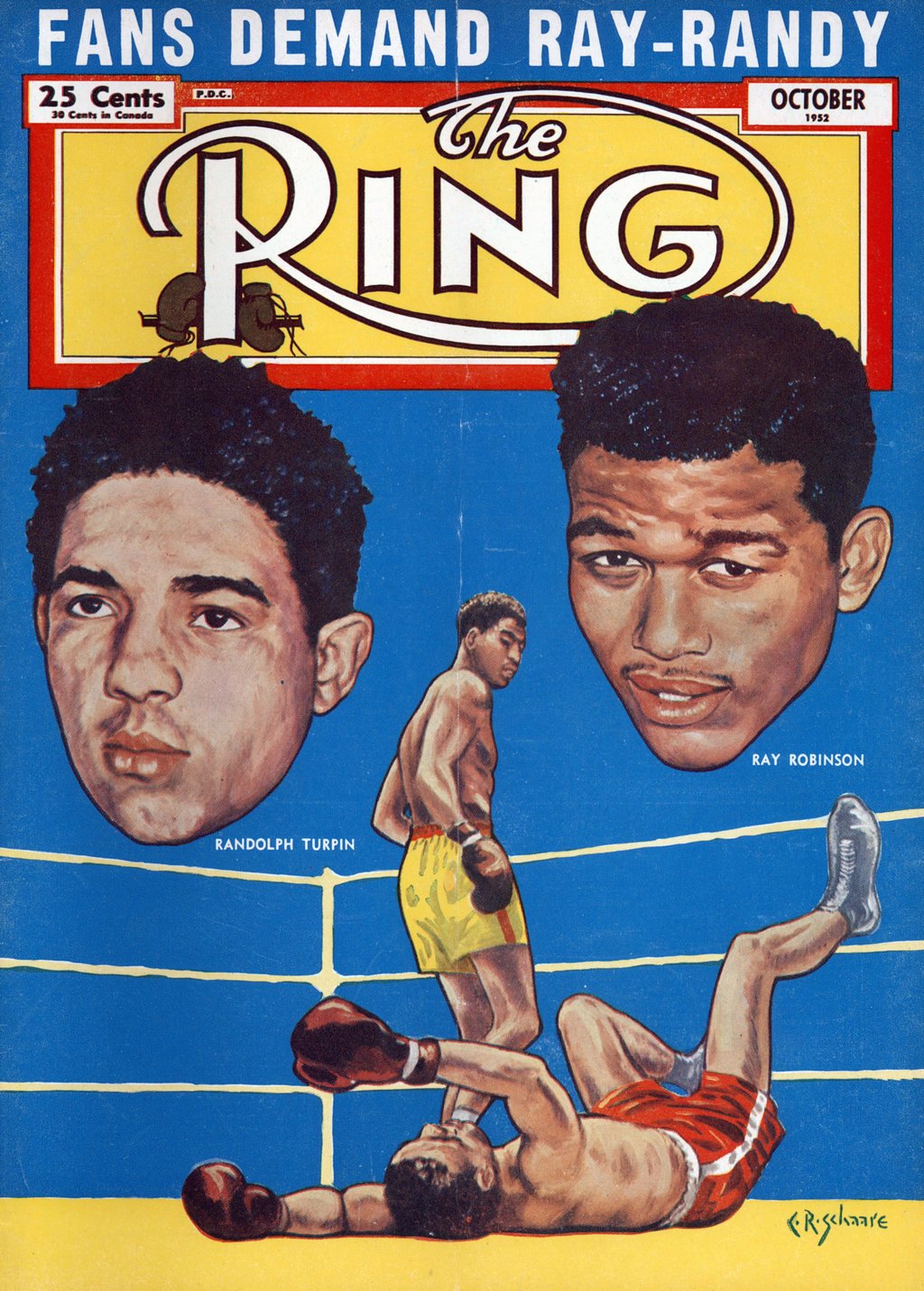 Randolph Turpin
Career Record: 66-8-1 (45 KOs)
IBHOF Induction: 2001
Shortly after defeating LaMotta for the middleweight title, Robinson embarked on a quick tour of Europe and bested five substandard opponents inside seven weeks. His first defense came against Turpin, the reigning European champion, and this time he came unstuck. The hard-hitting and defensively adept Englishman boxed brilliantly to claim a legendary victory on home soil. His success was short-lived, however, as Robinson exercised a rematch clause. The second encounter took place in New York two months later and Robinson, in desperate need of a knockout due to a horrendous eye cut, gained revenge with a savage assault in Round 10.

Rocky Graziano
Career Record: 67-10-6 (52 KOs)
IBHOF Induction: 1991
“The Rock” was 33 years old, but those were warrior years. The former middleweight champion had completed his acclaimed trilogy with red-hot rival Tony Zale in 1948 and won 21 straight bouts (17 by knockout) by April 1952 when this bout took place. He’d earned his shot, but Robinson was a huge betting favorite. Graziano, a heavy power-puncher with a flair for the dramatic, pursued relentlessly, but that played right into Robinson’s lethal hands. A huge right hand knocked out Graziano’s mouthpiece and ended the fight in Round 3.

Joey Maxim
Career Record: 83-29-4 (22 KOs)
IBHOF Induction: 1994
Even the light heavyweight champion of the world wasn’t a bridge too far for the great Robinson. The sun had to intervene. Sugar Ray had moved up 15 pounds from middleweight and was way ahead on points when he had to be pulled out due to heat exhaustion at the end of Round 13. The fight was held in June 1952 at Yankee Stadium and the temperature was 103 degrees. It was so hot that referee Ruby Goldstein had to be replaced by Ray Miller at the end of the 10th. Maxim, who frequently campaigned at heavyweight, held wins over Freddie Mills, Gus Lesnevich, Jersey Joe Walcott and a novice version of Floyd Patterson.

Gene Fullmer
Career Record: 55-6-3 (24 KOs)
IBHOF Induction: 1991
Fullmer was a powerful and determined middleweight with solid wins over Paul Pender, Ralph “Tiger” Jones and Rocky Castellani. He was still a huge underdog against an aging Robinson, who was taking part in the 147th fight of his career. In a brutal battle, Fullmer’s rampaging assaults were more frequent than the champion’s sharpshooting, thus the Utah native claimed a historic points triumph. Robinson reclaimed the title four months later with what has been coined as “The Perfect Punch” – a blockbuster left hook counter to the jaw in Round 5. The pair fought twice more in the 1960s when Robinson was a mere shell of himself. The third fight was a draw and Fullmer claimed a 15-round decision in the final chapter. 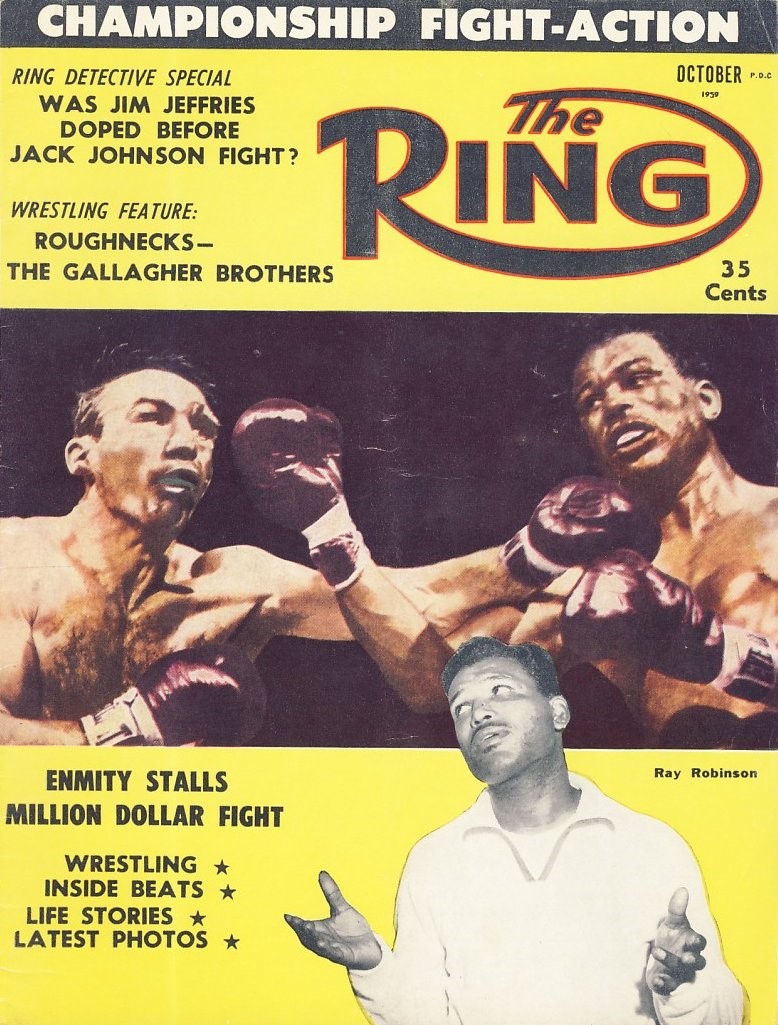 Carmen Basilio
Career Record: 56-16-7 (27 KOs)
IBHOF Induction: 1990
Already a two-time welterweight king with double wins over Tony DeMarco and Johnny Saxton, Basilio targeted the ultimate prize. The middleweight championship was special, but dethroning Robinson meant everything to the Canastota native. Basilio fought the fight of a lifetime and dethroned Robinson with a savage and relentless two-fisted assault for 15 rounds. The rematch produced similar action, but this time Basilio was wounded. Robinson targeted a grotesquely swollen left eye and did enough to win the middleweight championship for a record fifth time.

Joey Giardello
Career Record: 98-26-8 (31 KOs)
IBHOF Induction: 1993
By June 1963, Sugar Ray Robinson was 42 years old. This bout was competitive in spots, but Robinson was decked in the fourth and eventually outpointed over 10 rounds. “He was a great champion,” said Giardello after the bout. “It’s a shame his reflexes are gone now.” Giardello, the last distinguished opponent Robinson shared the ring with, would win the middleweight championship of the world in his next fight, outpointing Dick Tiger. He would successfully defend against Rubin “Hurricane” Carter before Tiger took revenge.