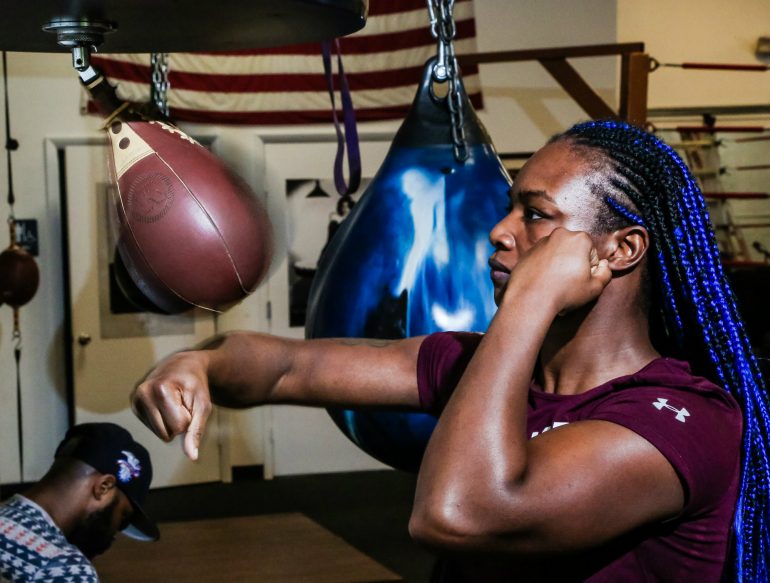 Shields (8-0, 2 knockouts) has been waiting since November to get Christina Hammer, the WBO middleweight champ, in the ring for what will be the undisputed women’s middleweight world championship in the 10-round main Saturday night (9:10 p.m. ET/6:10 p.m. PT) on the “Showtime Boxing: Special Edition” tripleheader from the Adrian Phillips Ballroom in Boardwalk Hall in Atlantic City.

Shields, WBA, WBC and IBF middleweight champion, will be fighting Hammer (24-0, 11 KOs) for a piece of history, too, since the winner will be awarded the inaugural women’s Ring championship belt.

Shields had a feeling this was coming. The 24-year-old from Flint, Michigan, had always envisioned herself as a female Muhammad Ali, which comes with her how well her fists work as well as her words.

“Outside the ring, I’m letting myself develop into the person I want to be,” said Shields, who works out in the same 5th Street Gym in Miami Beach, Florida, as Ali did, though it’s been renovated through the years. “A couple of years ago I was letting everybody tell me what I should be; what world champion is, and what a world champion acts like.

Sounds a little reminiscent of someone else?

When asked what type of problems Hammer would pose, Shields replies with a succinct “None!”

“Christina Hammer is a good fighter in her own right…but she fights like she’s sparring,” Shields said. “In sparring, you don’t want to hurt your sparring partner and you do whatever you want to do. In a fight, you have someone in there trying to knock you out; someone in there that when they sting you, they’re not going to back up and ask you if you’re okay.

“I think in all of her fights, nobody has ever been able to step to her. She’s always been the taller, more active, stronger person. I’m telling you, that it’s not that way with me. She’s taller (listed at 5-foot-11 to Shields’ 5-8), but she’s not stronger than me. And for as big as she thinks she is, she’s not that much bigger than me.

“I know how to deal with taller fighters. If she wants to use her jab to keep her distance, I won’t let her. I have a whole bunch of tricks up my sleeve. I’m going to force her to change her whole game plan.” 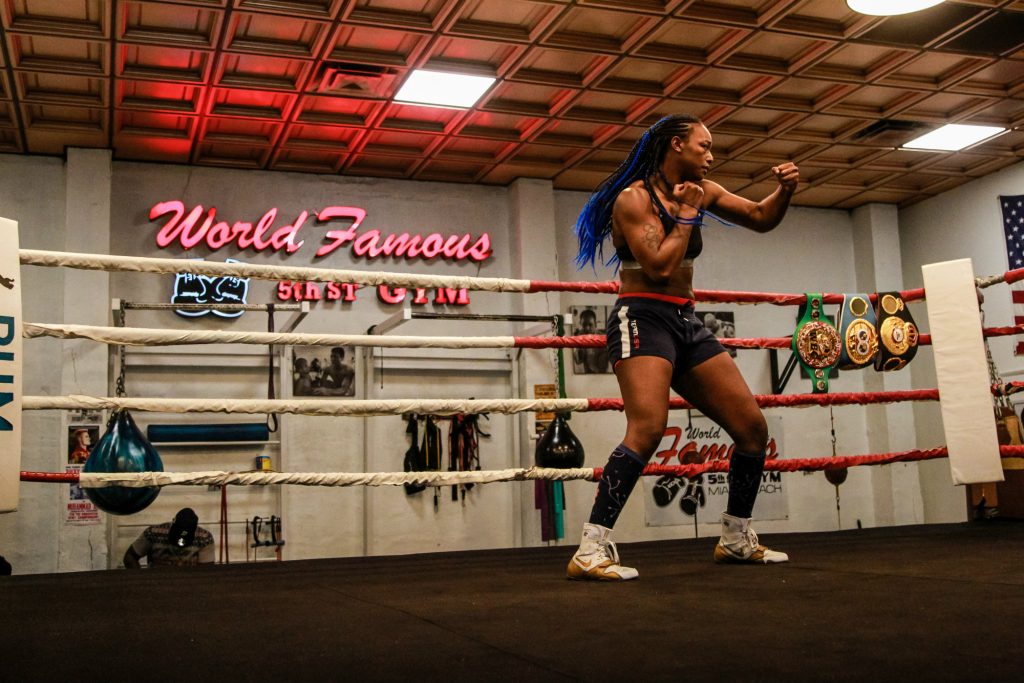 This will be Shields fourth fight with John David Jackson.  She says she’s evolved into becoming a more patient fighter who’s able to keep her nerves under control. She’s doing a better job of channeling and preserving her energy.

Jackson, Shields said, has been able to get her to slow her combinations down and control the pace of fights. Of Shields’ eight pro fights, she’s only stopped two opponents. It’s not for a lack of trying.

“He’s forcing me more to use my jab,” Shields said of Jackson, “and he’s taught me where to place my punches. We know what I’m good at, but we want on things where I can be better. He’s super calm too, which is the exact opposite of myself.”

History isn’t lost on Shields. She knows the foothold she’s creating as women’s boxing grows. It’s important to her that she is the first to wear the historic Ring championship belt.

“I was so scared to turn pro after I won the second gold medal (in 2016),” Shields said. “Winning means a lot to me. I knew I was a great fighter, and I knew that people wanted to see me fight, but I didn’t know whether I could grasp the audience of the professionals. Not because of the fighter I was, but because of how people view women’s boxing.

“All I knew was I needed one chance. My mindset every fight is to put serious on you. I’m looking at this being grateful to even be in this fight against an opponent with the caliber of Christina Hammer. She’ been reigning champion for (nine years). I’m the new dog in the park and now I’m fighting for the undisputed championship.

“I’m doing it in my ninth fight, and for me to be doing this so fast, so soon, shows how gifted and how great I am. I hope they see women’s boxing can sell. Once we prove that, boxing will be changed.”