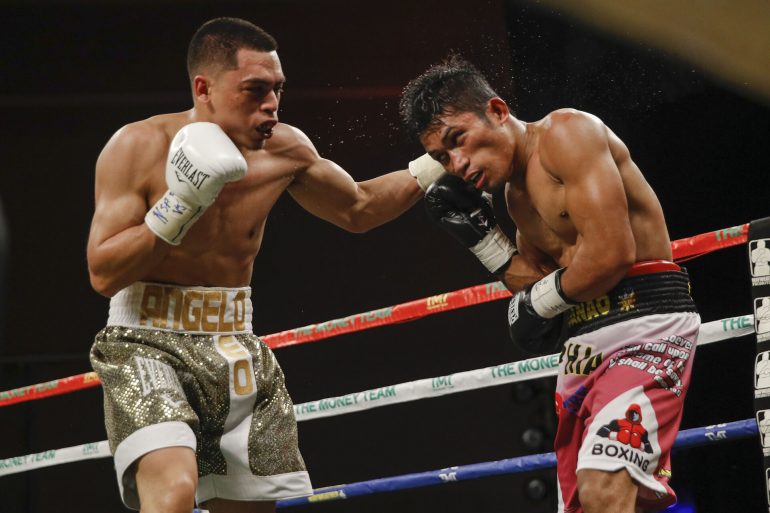 The scores were 100-90 on two cards, and 100-89 on the third, meaning one of the judges saw it fit to score a 10-8 round without a knockdown. If that’s the case, one of those rounds would likely have come from the eighth round on, when Leo’s relentless body punching and physicality had worn down the durable Filipino and the fight’s competitiveness had disappeared.

The win elevates Leo, 24, of Albuquerque, New Mexico to 17-0 (8 knockouts) in what was the junior featherweight’s first ten-round scheduled assignment. Tabanao (17-5, 11 KOs) of Panabo City, Philippines snapped a four-fight winning streak with the loss.

While Leo didn’t have explosive power, he utilized creative angles in close to open up shots in close, and never allowed his punch count to drop. The most trying time of the fight came in the fifth round, when an accidental butt started some swelling on Leo’s eye. Though no cut opened up, Leo was buzzed and Tabanao, whose biggest win was an upset knockout of Ibrahim Balla in Australia, tried to capitalize.

The persistent work to the body resulted in a few warnings for low blows but referee Jay Nady never saw fit to take a point as the Mayweather Promotions-handled Leo cruised to victory.

It was hard to get an accurate picture of just how good Xavier Martinez is: he didn’t have a whole lot of resistance coming his way from John Vincent Moralde. Martinez, a 21-year-old junior lightweight, ran his record to 14-0 (10 KOs) with a third round stoppage of the Filipino Moralde, who dropped to 21-3 (11 KOs). 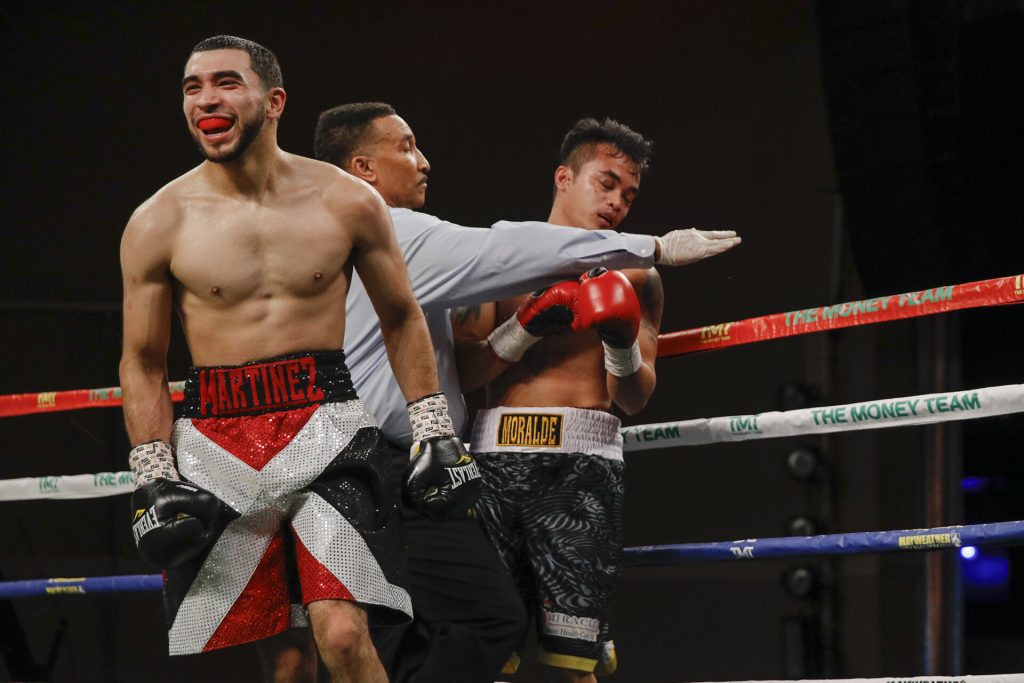 It isn’t often that a referee will tell a fighter after the second round that he’s watching him closely, but it was an appropriate exhortation from Tony Weeks after Moralde failed to mount a meaningful retaliation to the opening onslaught from the Sacramento native.

The ending came at the 1:11 mark of the following round, after a short left hook beat Moralde to the punch and dropped him on his back. Moralde rose up, but was met by a follow up attack which sent him into the ropes and earned Martinez the victory.