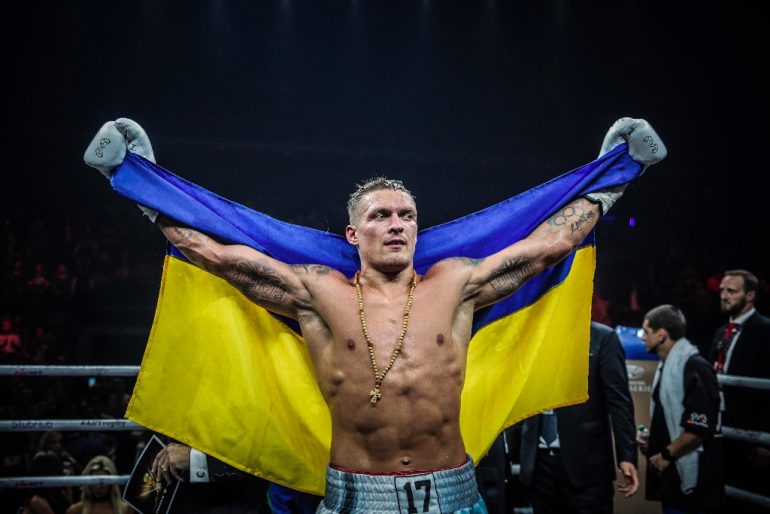 Carlos Takam will have the honor of welcoming undisputed cruiserweight champion Aleksandr Usyk to the heavyweight division when they meet on May 25 at the MGM Harbor in Oxon Hill, Maryland, Matchroom Boxing announced on Friday.

The fight will be broadcasted in the U.S. by DAZN and on Sky Sports in the U.K.

Usyk (16-0, 12 knockouts), a gold medalist at the 2012 Olympics, had finished all remaining business at 200 pounds, beginning in 2016 when he first win the WBO title over Krzysztof Glowacki, on to his inclusion in the World Boxing Super Series when he defeated Mairis Briedis and then Murat Gassiev to gain possession of all four major belts.

In Usyk’s last fight, he knocked out Tony Bellew in eight rounds in Manchester.

“May 25 marks a major moment in my career when I move to the Heavyweight division…At cruiserweight I did it all and became the undisputed champion and that is my goal now in the heavyweights,” said Usyk in the press release.

“This is the ultimate challenge and it begins on May 25 against Carlos Takam. It’s a tough first fight but I need to test myself against world class opposition on my new road to undisputed.”

Takam (36-5-1, 28 KOs), a France-based Cameroonian, is six years older at 38. While he has been on the losing side in his biggest fights, including stoppages against Anthony Joshua and Dereck Chisora in 2017 and 2018, he will likely have a significant size edge, having weighed 254 pounds for his most recent outing against Senad Gashi, whom he stopped in seven.

“I can promise that this will be a great fight and I will provide Usyk with a huge test on his heavyweight debut. I have huge ambitions of my own in the division and this fight will provide me with the chance to prove that,” Takam is quoted as saying.

Usyk, who is rated no. 4 pound-for-pound by The Ring, will be jumping into a division that is the hottest it’s been in many years. Aside from Joshua, who holds three of the major belts, there is also WBC titleholder Deontay Wilder and lineal champion Tyson Fury, who reignited interest in the division stateside with their meeting last December.

Tickets go on pre-sale next Wednesday and will be open for general sale the day after that. Undercard information will be divulged next week as well, the release states.