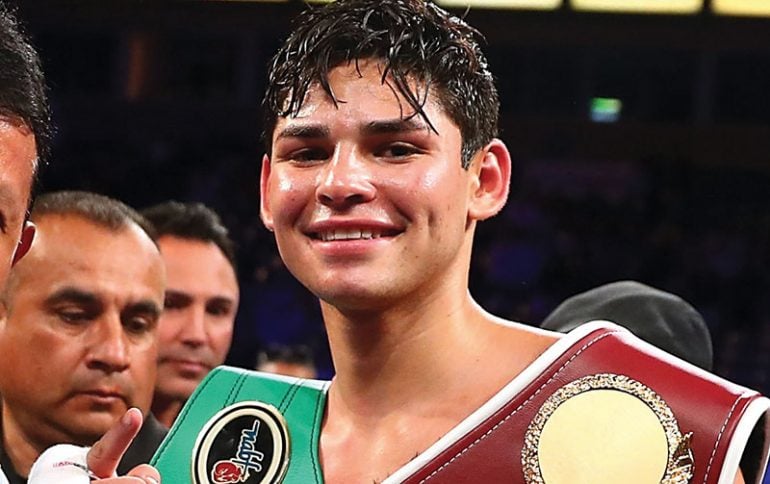 Ryan Garcia had his share of recent distractions outside the ring but the popular lightweight prospect was able to maintain his focus and take care of business inside of it on Saturday, stopping Jose Lopez after the second round of a scheduled 10-round main event at Fantasy Springs Resort Casino in Indio, California.

With the win, Garcia, who resides in Victorville, California, improves to 18-0, 15 knockouts. The fight was streamed live on DAZN.

Garcia has become one of the sport’s hottest up-and-comers and very popular on social media over the last several months. However, Garcia has made more headlines outside of the ring in recent weeks.

Last month, Garcia was reportedly with Floyd Mayweather at a Los Angeles nightclub, which came after Mayweather offered Garcia a fight against unbeaten Rolando Romero. That prompted Oscar De La Hoya to write a cease-and-desist letter to Mayweather and his promotional company.

Garcia also made headlines with the mother of his recently-born child, who was born last week, in a back-and-forth exchange on social media.

Despite those distractions, Garcia continued to train under the tutelage of Eddy Reynoso, who also trains Canelo Alvarez.

With Alvarez sitting at ringside Saturday night, the taller Garcia landed the telling-blows against Lopez, who attempted to close the distance between the two fighters.

Towards the end of the second round, Garcia stunned Lopez with a barrage of punches. Garcia went on the attack, throwing wild hooks and crosses as Lopez attempted to utilize lateral movement to avoid getting hit. One uppercut did connect on the chin of Lopez, dropping him at the end of the round. 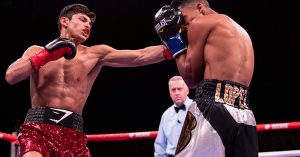 Garcia sticks Lopez with a left.

Lopez was able to make it out of the round, but was still visibly shaken in his corner in between rounds. His corner told referee Jack Reiss their fighter was not able to continue, prompting Reiss to stop the fight.

Lopez, who resides in Carolina, Puerto Rico, drops to 20-4-1, 14 KOs and has now lost three of his last four bouts.

Garcia, who will turn 21 on Aug. 8, is the mandatory challenger to face WBO titleholder Masayuki Ito, but Garcia has fought his last three fights as a lightweight. He believes he is ready for a world title fight later this year thanks to the improvements he has made with Reynoso as his trainer and working alongside Alvarez.

“I’m showing everybody that I need to put up the competition because the more I get better, the opposition has to get better. And do I think I’m ready for a world title this year? Hell yes.”

“He likes to learn and he demonstrates it in the ring during a fight. Some fighters don’t do that. He needs to continue to focus on boxing.”

In the co-featured bout of the Golden Boy Promotions/Cotto Promotions presentation, junior flyweight titleholder Angel Acosta knocked out Ganigan Lopez in the eighth round. 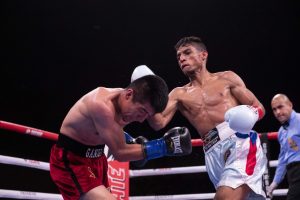 With the win, Acosta (20-1, 20 knockouts) successfully defended his WBO belt. He has now won his last four bouts since his only loss of his career, a decision to Kosei Tanaka in May of 2017.

The 28-year-old Acosta, who resides in San Juan, Puerto Rico, outboxed the southpaw Lopez, who was not eager to take initiative and was content to look to counter Acosta.

There were few exchanges between the two as the fight approached the midway point, when Acosta began to let his hands go with more frequency.

Midway through round eight, Acosta hurt Lopez with a left hook to the head. Acosta followed up with a combination, dropping Lopez to the canvas. Referee Raul Caiz, Jr. counted Acosta out at 1:55.