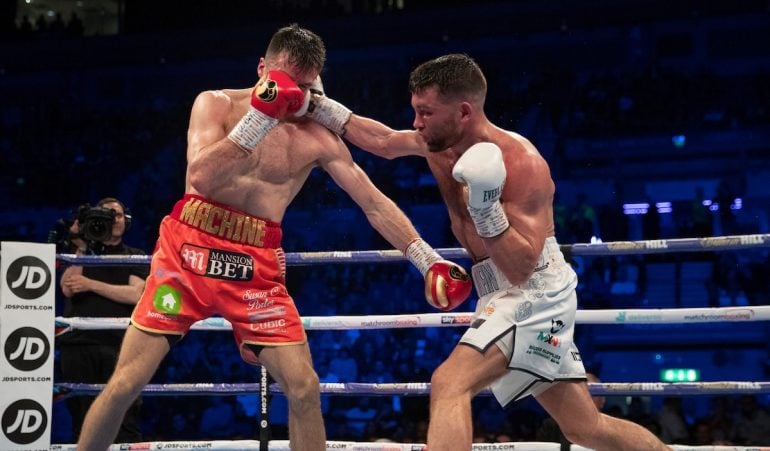 A rivalry was born at the Echo Arena in Liverpool, England, on Saturday.

Huge underdog Scott Fitzgerald survived a torrid ninth and needed a knockdown in the 10th and final round to upset highly-touted junior middleweight prospect Anthony Fowler. He got it and prevailed via split decision following an exceptional fight. Fowler won 96-94 on one scorecard, which was overruled by two tallies of 95-94 in favor of Fitzgerald.

“I’m happy to have proved myself,” said Fitzgerald in his post-fight interview with Sky Sports in the U.K. “I know how tough that guy is and I could hit him with a bat and he’d still keep going. He hit me with some great shots in the ninth and I proved to everyone I could take a real good shot.”

There wasn’t much in the opening two rounds, although Fowler’s shots appeared to carry a touch more impact. The pair traded jabs throughout with Fowler busier with that punch and Fitzgerald more accurate. Both men also attacked the body in a bid to set up heavier shots upstairs.

The action heated up in the third when Fowler broke through with a right hand-left hook combination and followed with another solid left hook. The shots registered with Fitzgerald who backed off initially, although he did respond well with a left of his own. Fowler smiled derisively.

There was nothing to smile about over the next three sessions, however, as Fitzgerald boxed extremely well, snapping his man’s head back with the jab and scoring with accurate right hands. Fowler seemed flustered by his opponent’s tactical awareness, although he was still landing heavily himself.

Fowler was effective when he let his hands go in prolonged bursts, but Fitzgerald landed plenty of eye-catching singles which kept his opponent’s support largely silent.

The ninth was a great round. A monster right uppercut from Fowler landed flush and he followed up with an assortment of brutal power shots to head and body. Fitzgerald kept himself in the game by firing the odd punch back, but it looked like the fight had slipped away.

However, with less than a minute remaining in the 10th Fitzgerald landed his own right uppercut and his follow up was far more clinical. Three left hooks landed flush and Fowler went down hard. Renowned for his fitness, the former Olympian found his feet and fought back gamely, but he’d fallen at the finish line.

“I don’t know what kept him up in the ninth round and I put everything into that,” said Fowler afterwards. “I don’t like the kid, but fair play, he was the better man tonight.” 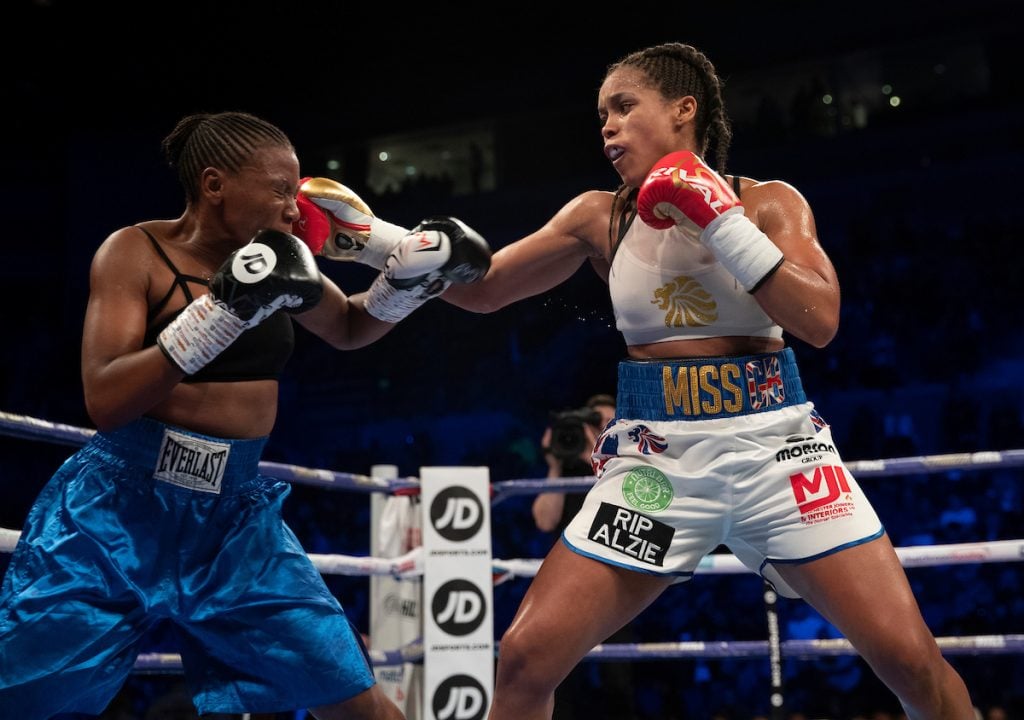 Former Olympian Natasha Jonas got back in the win column with a six-round shutout decision over Feriche Mashauri at lightweight. The official score from referee Mark Lyson was 60-54. Jonas, who lost for the first time to Viviane Obenauf in August, was vastly superior and became sharper as the bout progressed. A stoppage would have been possible for the Liverpool southpaw had the bout not been so short.