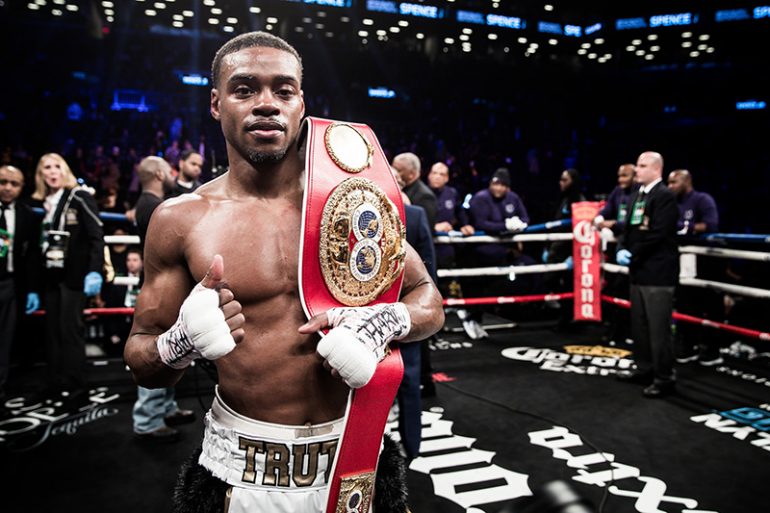 Errol Spence Jr. was the clear odds favorite over Mikey Garcia going into their March 16 welterweight showdown, but The Ring’s No. 1-rated 147 pounder performed so well against the smaller four-division titleholder that the Ratings Panel unanimously voted to advance him up the Pound-for-Pound rankings.

The Panel members were in agreement on Spence’s advancement, but there was some discussion on what to do with Garcia, who was taking most of the risk in the high-profile fight that was televised on FOX PPV in the U.S. 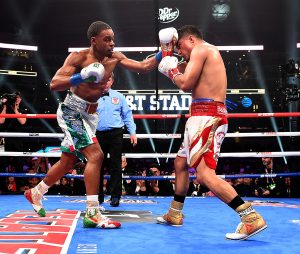 “Spence totally dominated Garcia over 12 rounds. I could see him as high as No. 5 (pound for pound). That was mighty impressive,” said Anson Wainwright. “Garcia drops to No. 8. If No. 9. Srisaket Sor Rungvisai beats Juan Estrada and does so impressively maybe then he goes above Garcia.”

Associate Editor Tom Gray didn’t like the idea of Garcia being ahead of The Ring’s junior bantamweight champ.

“I think Sor Rungvisai is too low, so I’d have him over Garcia,” said Gray.

Panelists Adam Abramowitz, Martin Mulcahey and Michael Montero agreed with Gray. “I think Garcia belongs at No. 9, maybe even No. 10,” Montero said.

Managing Editor Brian Harty agreed with Wainwright’s original order (and reasoning) of Garcia at No. 8 and Sor Rungvisai at No. 9.

“Garcia shouldn’t be punished too much for not living up to unrealistic expectations,” Harty said.

However, Panelist Diego Morilla backed Gray, Abramowitz and Montero. “I guess No. 9 or even No. 10 is OK for Mikey,” said Morilla, “he hardly looked like he belonged in the pound-for-pound rankings at times (during the Spence fight).

“I know expectations were not high, but still a very disappointing performance. Good enough to hold on to his marbles in his weight class, though.”

Added Wainwright: “Mikey is terrific but he’s not an elite welterweight. No shame in that. He’s still a helluva fighter, likely a HOFer. If that beatdown isn’t career changing he still has some great nights ahead of him.”

Harty closed his arguments with this: 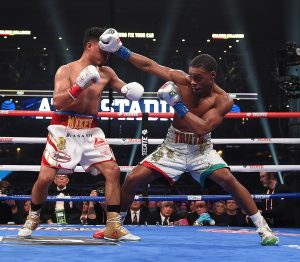 “I sometimes worry that I’m too harsh on fighters when they don’t dazzle, but this is a case where I’m in complete agreement with those who said before the fight that this was a ‘no-lose situation’ for Garcia. Given the true welterweight and possibly future No. 1 P4Per he was facing, I think Mikey looked fine. Maybe a bad night for him relative to other performances, but I understand his hesitation about engaging after seeing what he was up against, the same way (Shawn) Porter was against (Yordenis) Ugas (the difference being that Porter’s strength was much more equal to Ugas’).

“It’s in no way meant to diminish Spence. In a pound-for-pound sense, he’s better than Garcia and deserves to rise. And if Garcia has to fall, that’s fine, but just wanted to stick up for him a bit.”

Wainwright understood Harty’s point and philosophized: “Not everyone is a Roberto Duran, makes you realize just how bonkers good he was.”

RING RATINGS UPDATES (including results from the weekends of March 2-16):

POUND FOR POUND – Spence advances to No. 5. Garcia drops to No. 9. Several Panelists noted that three-division titleholder Kosei Tanaka is knocking on the door of the top 10.

HEAVYWEIGHT – Luis Ortiz remains at No. 5 after outpointing unrated Christian Hammer over 10 rounds on March 2.

CRUISERWEIGHT – Kevin Lerena remains at No. 8 after stopping unrated Artur Mann in four rounds on March 16.

LIGHT HEAVYWEIGHT – Dmitry Bivol remains at No. 3 after outpointing Joe Smith Jr. on March 9. Smith drops out of rankings, making room for Anthony Yarde to enter at No. 10.

SUPER MIDDLEWEIGHT – David Benavidez remains at No. 2 after stopping unrated J’Leon Love in two rounds on the Spence-Garcia undercard.

MIDDLEWEIGHT – Maciej Sulecki remains at No. 9 after outpointing unrated veteran Gabriel Rosado over 10 rounds on March 15.

JUNIOR MIDDLEWEIGHT – Erislandy Lara drops from No. 2 to No. 3 after being held to a draw on March 2 by No. 6-rated Brian Castano, who advances to No. 4.

WELTERWEIGHT – Spence remains at No. 1 after retaining his IBF title against Garcia. Shawn Porter remains at No. 4 after defending his WBC title with a split decision over No. 8-rated Yordenis Ugas, who advances to No. 7 on the strength of his commanding performance. 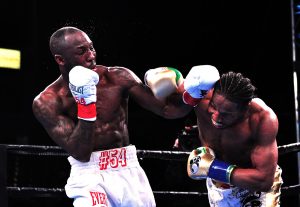 There was a lot of debate among the Panel regarding Porter’s rank. Some, including Wainwright and Mulcahey, believed that he should have lost the bout and performed poorly enough to merit a drop in the ratings.

Abramowitz disagreed with their reasoning.

“I really don’t like the precedent of dropping fighters after a non-robbery win over a legit contender,” he said. “Porter should stay where he is. Ugas wasn’t robbed. Either had a case to make. If you want to move Ugas up, fine.”

Anson replied: “I’m fine with Porter staying where he is but I think (Manny) Pacquiao (currently rated No. 5) looked good last time out. That was part of my thought process. I’m happy for Porter to stay where he is.”

Mulcahey, who thought Ugas deserved to win the fight, added that Porter’s struggle to make weight factored in his opinion that the Ohio native should drop a notch in the ratings.

Gray agreed with Abramowitz, and reminded the Panel that the fight could have gone either way.

Mulcahey’s response: “My view is that the trouble making weight is a factor (given Porter did well to come down to welter from where he turned pro) in his performance and a could be an indicator about 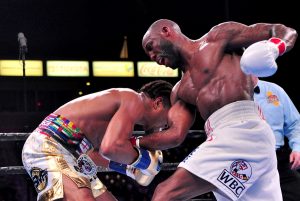 future move up in weight or more trouble at 147. It is not my whole rationale – the main part is I thought Ugas beat him.”

Harty had the final say on the debate: “Ugas looked good but he blew it by switching to an inactive ‘come and get me’ style, so losing is as much on him as any problem one might have with the judging. I agree with Tom’s characterization of it being a preference fight – personally I thought it could’ve gone either way and wouldn’t drop Porter, but I think there’s a case for raising Ugas.

“Adam, I can’t remember any cases of somebody being dropped just for having trouble making weight and then winning (unless they said afterward that they’re moving up, of course). There have been cases of lowering a fighter after an official win, but it’s rare.”

JUNIOR WELTERWEIGHT – Maurice Hooker, who also struggled to make to make his division weight limit in a world title bout (WBO), remains at No. 5 with a unanimous decision over unrated Mikkel LePierre on March 9.

LIGHTWEIGHT – Garcia remains at No. 1 following his foray into the welterweight division.

JUNIOR FEATHERWEIGHT – Tevin Farmer remains at No. 3 after scoring a unanimous decision over unrated Jono Carroll. 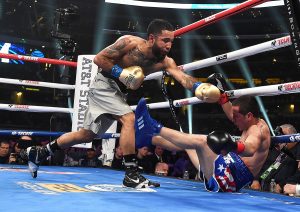 FLYWEIGHT – Tanaka advances to No. 1 with his unanimous decision over former Ring junior flyweight champ Ryoichi Taguchi, who enters at No. 10.

JUNIOR FLYWEIGHT – Taguchi exits the ratings due to his move to flyweight. Tetsuya Hisada enters at No. 10.

Email Fischer at [email protected]. Follow him on Twitter and IG at @dougiefischer and watch him on Periscope every Sunday from SMC track.