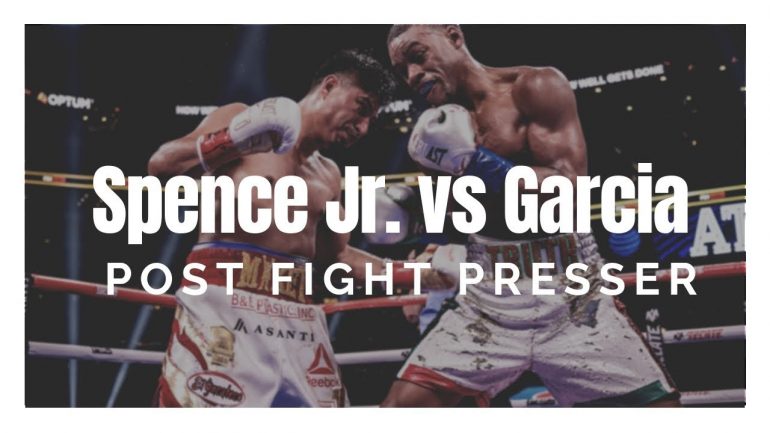 Still undefeated IBF welterweight titleholder Errol Spence Jr. and four-division beltholder Mikey Garcia address the media after going 12 rounds at the AT&T Stadium where Spence won unanimous shutout scorecards. The two pound-for-pound talents, who have tremendous respect for each other, talk about how the fight went down. (Shot by Videographer Tiffany Lam)

Kelly Pavlik, the Guest Editor for the June 2019 edition of The Ring Magazine, gives RingTV’s Cynthia Conte his Spence-Garcia post-fight reaction. Pavlik breaks down how he saw Spence’s shutout decision over Garcia and gave his thoughts on Manny Pacquiao fighting Spence next. (Shot by Videographer Tiffany Lam)