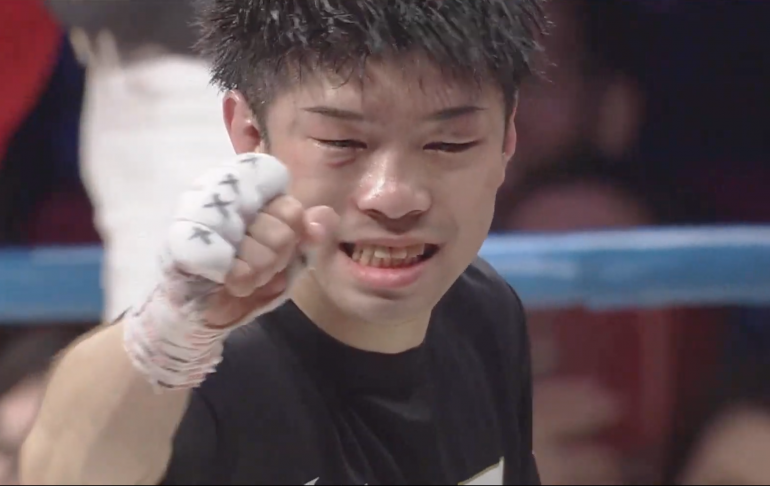 What Boxing After Dark was in the 1990s, Japanese boxing has been over the last few years. Well after midnight, in the early morning hours American time, Kosei Tanaka and Ryoichi Taguchi came together to for a brutal, if not particularly close battle.

It was Tanaka (13-0, 7 knockouts) who emerged from the Memorial Center in Gifu, Japan with the WBO flyweight title still in his possession with scores of 117-111 on two cards and 119-109 on the third, all for the 23-year-old Tanaka, who successfully defended his belt for the first time.

Even if the scores didn’t suggest it was competitive, the swelling on Tanaka’s face told the story. Tanaka was nearly sent to the canvas at the beginning of round three when a right hand high on the head from Taguchi (27-4-2, 12 KOs) knocked him off balance. The shot seemed to wake Tanaka up, and he began to throw with a sustained fury in rounds four and five, mixing uppercuts with a withering left hook to the body that forced Taguchi back whenever they exchanged.

Kosei Tanaka vs. Ryoichi Taguchi was an action-packed brawl last night in Japan. The young lion Tanaka retained the WBO flyweight title by unanimous decision, but the veteran ex-champ Taguchi was valiant in what may be his final act. Bravo to both #boxing pic.twitter.com/San2ys4TBj

By the seventh round, Taguchi, who had previously been the IBF/WBA unified titleholder at 108 pounds, began to swell and looked like he was nearly ready to go. But the 32-year-old from Tokyo showed why he’s never been stopped in his 13-year pro career, outworking Tanaka in round nine, and keeping a high work rate for the rest of the fight, even as Tanaka continued to land sledgehammer shots to the liver and meet his aggression with heavier rights and left hooks.

The two showed great respect to each other by embracing at the bell, and Tanaka stopped Taguchi from leaving the ring to offer him one final hug.

The loss was the second straight for Taguchi, who lost his unified junior flyweight belt to Hekkie Budler last May.

Tanaka, who had previously held titles at 105 and 108 pounds, is rated no. 2 at 112 pounds by The Ring behind IBF titleholder Moruti Mthalane.