Freeda Foreman, who followed father George into the ring, dies at age 42 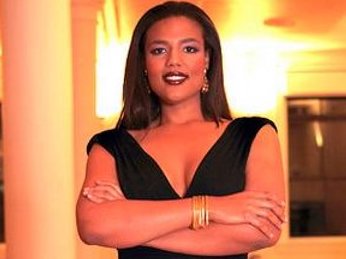 Freeda George Foreman, a former middleweight pro and the daughter of former heavyweight champion George Foreman, was found dead in her Houston area home, TMZ reported on Saturday. She was 42 years old.

The outlet reports that the cause of death has not been determined but that police do not suspect foul play.

Freeda Foreman had a total of six professional fights between June of 2000 and November of 2001, competing at a time when the daughters of other 70s heavyweight champs like Laila Ali and Jacqui Frazier-Lyde were also making their way in the ring. There would be no avenging the Rumble in the Jungle as Foreman’s dream of a showdown with Laila Ali never came about, and Foreman retired after losing a split decision to Evelyn Rodriguez in Humble, Texas.

Freeda stood an imposing 5’11” and finished with a record of 5-1 (3 knockouts), but boxing was not something her father wanted for her. ““Dad never wanted any of his kids to see him fight. He always protected us from that world,” she told the London Mirror when she began her career, but she says she developed a liking for the sport at a young age.

“With five brothers, there were plenty of fights at home. When Dad was home, we’d run around the house, play fighting and I’d beat up on my three younger brothers!” added Foreman, who was the third oldest of Big George’s ten children.

All of us at Top Rank send our heartfelt condolences to our friend George Foreman on the untimely death of his daughter, Freeda

After speaking on the phone with Frazier-Lyde, Freeda decided to lace up the gloves as well. Her name recognition earned her a deal with promoter Dan Goossen of America Presents, and she began training with Goossen’s brother Larry Goossen in Colorado Springs.

“This is a dream of mine and I know positively it can come true,” Foreman, who was a single mom working as a UPS customer relations clerk in South Carolina before she began boxing, told the Associated Press.

“I want to let women know there are no limitations.”

Freeda Foreman found renewed fame after retirement when, in 2003, she was featured in the “Boxing Luanne” episode of the Fox cartoon King of the Hill.