Liam Williams: ‘I’m going to bust up Joe Mullender, simple as that’ 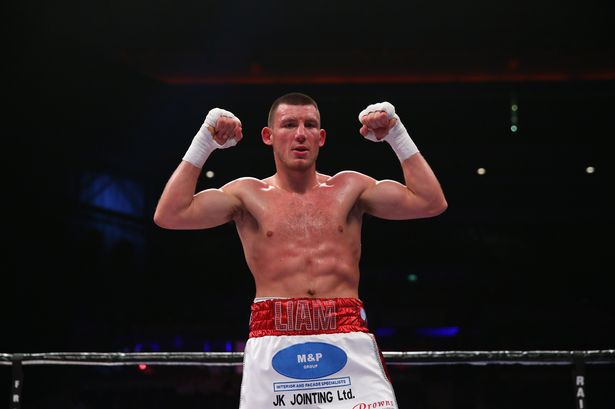 British middleweight titleholder Liam Williams will put his belt on the line for the first time when he faces Joe Mullender at the famous Royal Albert Hall in London on Friday.

Williams (19-2-1, 14 knockouts) impressively secured the famed Lonsdale belt when he stepped up from junior middleweight to stop the previously unbeaten Mark Heffron in 10 rounds in December.

The 26-year-old Welshman is happy to be returning to action so soon after a career-best win and plans to capitalize on the momentum he’s gained.

“I just think he’s going to bring it. He’s limited in what he does, he brings one game plan and that’s all he can do. It’s going to be a tough fight for as long as it lasts. I don’t think it’s going to be a distance fight, I’m going to stop him.”

The pair have playfully jawed at each other in the buildup, but Williams feels his greater pedigree will tell.

“It’s up to me what kind of fight it turns out to be,” he said. “[Mullender’s] playing down the fact that boxing is quite dangerous. He’s like, ‘He’s going to punch my face in, I’m gonna punch his face in.’ No, you’re not. I’m going to bust him up, simple as that.”

Williams previously held the British junior middleweight title, although he didn’t win the belt outright (requires three defenses). He would like to keep the middleweight Lonsdale belt, but is looking at all possibilities across both weight classes.

“It would be nice to win it outright, but to be honest I’m hoping for bigger and better things after this,” Williams explained. “It’s boxing, nothing can be promised. I’ll bide my time, get this one out the way and see what comes.

“For this fight I’m a middleweight, but if the right fights are offered to me, of course I could go down and make 154. But, with respect, I’m not going to kill myself to make 154 to fight the likes of Joe Mullender.”

Last August, Williams made the tough decision to split from trainer Gary Lockett and move to the Dominic Ingle stable in Sheffield. The new union has helped the Welsh fighter recalibrate after consecutive defeats to former WBO 154-pound titleholder Liam Smith.

“It’s getting easier all the time,” he said of living in Sheffield during the week and commuting back and forth to South Wales. “I’m coming to terms with being away a bit more. It’s good, I’m really enjoying it.

Rumor has it that Williams could fight for a WBC regional title next if he beats Mullender. That would help him in his quest for a second world title shot.

Mullender (11-2, 6 KOs) has been a professional since 2012. The Brentwood, Essex, native has avenged one of his loses, outpointing Lee Markham in June 2017. However, it was his seventh-round stoppage of Ben Capps last October that got him this opportunity against Williams.