Deontay Wilder set to return May 18 on Showtime, possibly vs. Dominic Breazeale 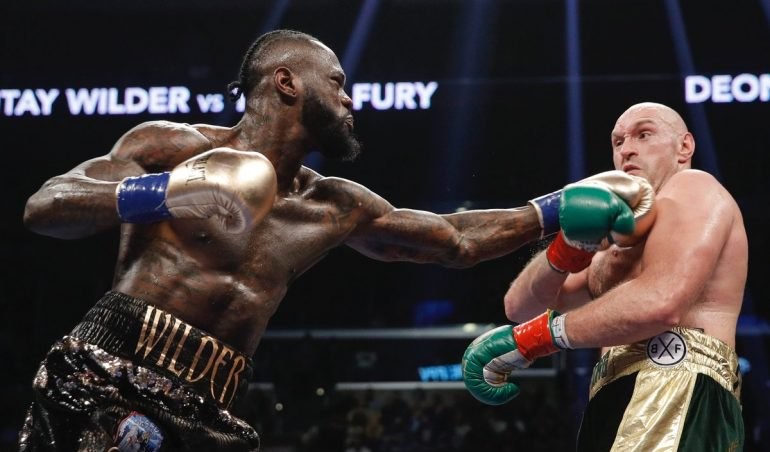 Deontay Wilder isn’t fighting Tyson Fury next as he hoped, but plans are being made for his return.

The 33-year-old will make a defense of his WBC heavyweight title May 18 at Barclays Center in Brooklyn, New York, industry sources told The Ring. That’s the same date that was pegged for Wilder’s rematch with Fury before the Brit signed with Top Rank and ESPN.

The front-runner to land the assignment is Dominic Breazeale, per sources; he’s the longtime WBC mandatory challenger who has history with Wilder owing to a post-fight incident between the two in February 2017. It’s possible the WBC will order the fight between Wilder and Breazeale this week.

Wilder received multi-fight offers from both Top Rank and Matchroom (to fight on DAZN), but he’s rebuffed those deals at the moment and his next fight is slated to be aired by Showtime, per sources.

“I don’t care about Dominic Breazeale at all, I don’t feel he bring anything to the table but another body I can lay out on the canvas; another knockout for the highlight reel; another viral video for the internet,” Wilder told The Ring earlier this month. “That’s all he is to me.”

Breazeale claims Wilder’s brother, cruiserweight fighter Marsellos Wilder, punched him in the back of the head in February 2017 after a PBC on FOX card that both Breazeale and Deontay competed on. Breazeale scored a fifth-round KO of Izuagbe Ugonoh; Wilder knocked out Gerald Washington in the same round in the main event.

Breazeale has been the WBC mandatory for some time, but the fight has yet to be officially ordered. Wilder went all of 2018 without making a mandatory defense. Now, the fight appears on track to take place.

“That was the biggest thing that’s happened in the last 15 months. A situation like that where Fury kind of pulls out of his situation, his rematch, it’s the best thing for the WBC mandatory,” Breazeale told this author on the latest edition of Inside PBC Boxing on FS1. “I’m super excited to take the fight. I’m waiting for the phone to ring with the date.”