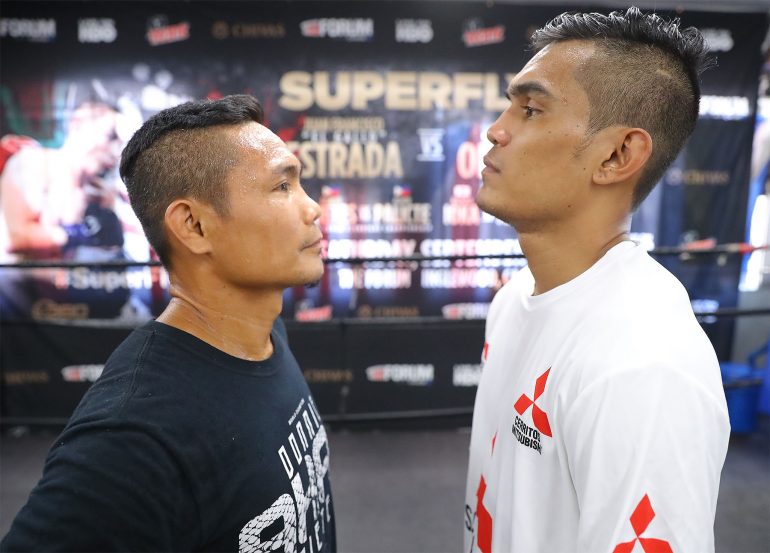 A WBO purse bid scheduled for Thursday morning was canceled after Donnie Nietes opted to vacate his junior bantamweight title.

Nietes was scheduled to make the first defense of the belt he won on New Year’s Eve against Aston Palicte, whom Nietes drew with in September, but Nietes’ promoter Michael Aldeguer said they’re more interested in facing bigger names at this stage of his career.

“After a series of discussions with Team Nietes, it is with deep regret that Donnie Nietes has decided to vacate his WBO belt as he does not have much time in his boxing career at 37 yrs of age (Nietes turns 37 in March). His wish is to look for bigger fights to enhance his legacy and achieve his ultimate dream before hanging up his gloves,” said Aldeguer, president of ALA Promotions, in a letter dated two days earlier on February 26.

Aldeguer says a rematch against Palicte “is an emotional and mental challenge” given their first meeting, which ended in a draw in California, which Aldeguer and team believes they should have won. “And fighting a fellow Filipino again who is from the same region where he was born makes it even more difficult.”

Nietes, who is rated no. 9 pound for pound and no. 2 at 115 pounds by The Ring, said in a separate letter that he had been dreaming of a “career defining fight” and would be pursuing bigger names instead.

“I feel in my heart that there is no point to do the rematch with Aston Palicte after the controversial draw,” said Nietes in a statement.

“I hope to seek bigger fights with the world champions of the other organizations. It may or may not happen but I believe this is the right decision under this situation.

“Also, I would want to give my fellow Filipino Aston Palicte a chance to fight for the world title to bring pride and glory to our country.”

Aldeguer had mentioned the winner of the Srisaket Sor Rungvisai and Juan Francisco Estrada rematch on April 26, or a fight against WBA titleholder Kal Yafai, as preferences over a Palicte rematch.

Nietes (42-1-5, 23 knockouts) of Murcia, Negros Occidental, Philippines finally became a four-division champion in his last fight, winning a split decision over Kazuto Ioka in Macau. Palicte (25-2-1, 21 KOs) wasn’t granted a direct title opportunity against the winner, but leap-frogged the final eliminator on January 31, knocking out the previously unbeaten Jose Martinez in two rounds.

The two sides completed the negotiation phase without reaching a deal, causing the WBO to order a purse bid.

“There was never any interest from Team Nietes to ever face Aston again,” said Guy Taylor, matchmaker for RJJ Promotions.

An announcement regarding who will face the number one contender Palicte to fill the vacancy has yet to be made, though generally the next available challenger is picked. Martinez is rated no. 2 but is likely to drop after the loss, while Estrada at no. 3 is facing Sor Rungvisai, and no. 4 Ryuichi Funari is facing IBF titleholder Jerwin Ancajas. The field becomes more open afterwards, with Ioka at no. 5 and former title challenger Sho Ishida at no. 6.