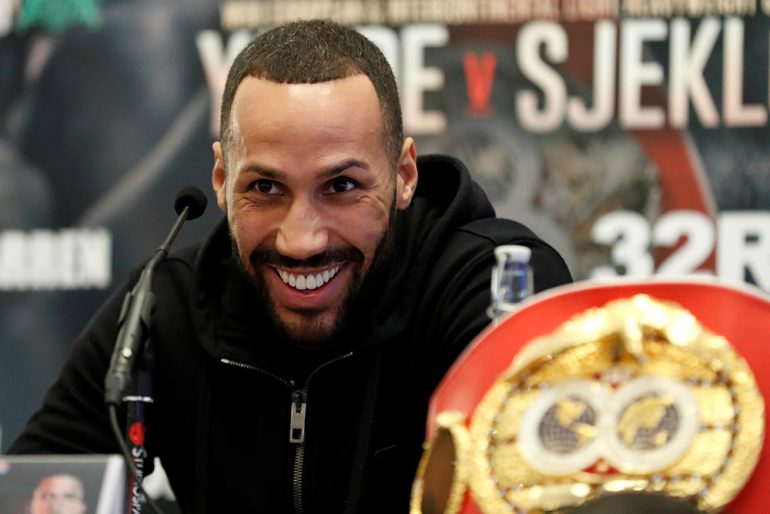 Within the last 12 months British former world champions David Haye, Tony Bellew and George Groves have called time on their professional careers. You can now add James DeGale to the list.

The former Olympic champion and two-time IBF super middleweight titleholder dropped a wide unanimous decision to countryman Chris Eubank Jr. in London on Saturday and in a statement released on Thursday, the 33-year-old confirmed it would be his last professional contest.

Ironically, DeGale’s career began 10 years ago to the day of his retirement. His final record is 25-3-1 (15 knockouts).

The quick-fisted southpaw holds wins over Marco Antonio Periban, Andre Dirrell, Lucian Bute, Rogelio Medina and Caleb Truax. The latter lifted DeGale’s IBF title in December 2017, but the Londoner won it back in a direct rematch.

DeGale’s other setback came against Groves, who retired from the sport last month. The former WBA 168-pound champion displayed some class upon hearing of his rival’s decision.

Today marks ten years since my professional debut fight on 28th February 2009 and today is the day I am announcing my retirement from boxing.

It’s been an unbelievable journey and I’ve had an amazing decade – if I’m honest, the best years of my life – and having started boxing at the age of nine then being selected as part of the England Amateurs squad, I’ve collected many memories along the way.

It hard to admit that I’m not the fighter I once was, but I’m human and along the way, my injuries have taken a toll – both on mind and body and these things have contributed to impact my performance in the ring.

I lost the fight on Saturday at The O2, but I’m touched to have a good send off from the fans in my home city.

The day after the fight, someone said to me that one fight does not determine a legacy. Looking back, if someone had told me at the start of my boxing career, when I was in the England squad, that I would become an Olympic Gold Medallist, British and European Champion and Two-Time World Champion, I would never have believed them, but I did it and I’d like to think I did it the clean, honest and hard way with discipline and respect to the sport I love.

I’m proud to say that I’ve made history as the first ever British Olympian boxer to turn professional and to win a World Title and I am also proud to have been a road warrior – to travel wherever I needed to be to fight and to win. There’s nothing left to prove.

A majority of the greats go out on loss and for me, it’s time to hang up the gloves and to move on with my head held high.

The 33-year-old DeGale then goes on to thank family, friends and colleagues who have been part of his professional journey.

The Ring wishes to extend best wishes to James and his family for the future.