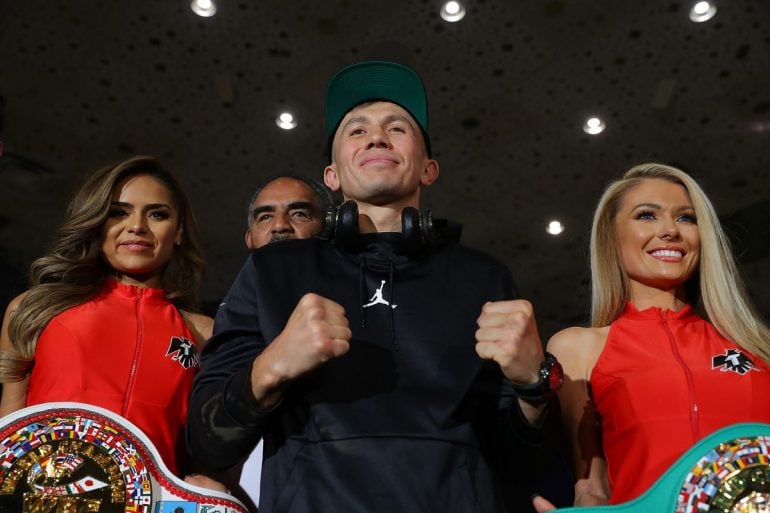 HBO helped build Gennady Golovkin into a star, but with the network’s exit from boxing, it was time for the former middleweight champion to find a new network home.

Canelo Alvarez quickly linked up with DAZN on a 10-fight, $350 million deal, but GGG bided his time. Since October he’s deliberated. He held multiple meetings with officials from PBC; he fielded offers from Top Rank to compete exclusively on ESPN.

Finally, approximately four months into the process, Golovkin is close to finalizing a deal with DAZN, industry sources told The Ring. One source described the negotiations as “at the one-yard line.”

The deal guarantees Golovkin (38-1-1, 34 knockouts) a minimum of three fights on DAZN and as many as six contingent on his performance, according to a source. Golovkin is expected to earn at least $10 million in the first fight of the partnership, a return that is slated for late spring/early summer.

Alvarez is set to defend his Ring middleweight championship against Daniel Jacobs on May 4. If Alvarez triumphs, he and GGG will move toward a third fight in September that will pay Golovkin upward of $30 million, per sources. The first two meetings between Canelo and GGG both generated at least 1 million pay-per-view buys and the third encounter would be by far the biggest bout ever streamed on DAZN.

The package gives Golovkin equity in DAZN, a perk Eddie Hearn, Golden Boy Promotions and even Canelo didn’t receive as part of their deals, per sources. Golovkin, who turns 37 in April, also ensured he’ll receive guaranteed dates for GGG Promotions, which doesn’t have any signed fighters yet, per sources. The Kazakh is looking to sign talent from his home country and beyond as he prepares for life after competition.

His longtime promoter, Tom Loeffler, wasn’t involved in any of the meetings nor did he negotiate, but he could still be involved on some level, per sources.

DAZN executive chairman John Skipper and Hearn held several meetings with Golovin in Los Angeles (GGG resides in Santa Monica) over the past few months. The package from DAZN was always the most lucrative, but GGG was enticed by the greater exposure from PBC, who holds a four-year deal with FOX, per sources. ESPN withdrew from the sweepstakes last month, and then it was down to just DAZN and PBC.

DAZN was always seen as the front-runner, but PBC made a late surge earlier this month with an improved offer on a two-fight deal that would deliver a pay-per-view bout with Jermall Charlo and guarantee the power-puncher eight-figure purses in both bouts.

DAZN pulled away with an offer of equity and the coveted dates for GGG Promotions so Gennady can stage his own cards and build his company out. GGG’s friend from Kazakhstan is one of the main shareholders in DAZN.

GGG has been directly negotiating with DAZN ownership recently after Hearn took a step back, per sources. Now, it will be interesting to see if DAZN raises its monthly subscription fee of $9.99 with so much money tied up in two fighters.

With Golovkin headed to DAZN, it’s another indication the platform is deeply committed to boxing as they become an even bigger player in the space.

The Olympic silver medalist, with his megawatt smile and popular one-liners like “Big Drama Show,” became a bona fide star after debuting on U.S. television with a knockout of Grzegorz Proksa in September 2012. He sold out Madison Square Garden several times as the A-side — most notably in wins over David Lemieux and Jacobs — and is an attraction in Los Angeles as well. The Ring’s No. 1 middleweight once reeled off 23 consecutive knockouts with the majority of them coming in title defenses.

He finally secured the sort of high-profile fight he was seeking when he met Canelo in September 2017. The fight ended in a controversial draw; the majority of fans and media believed GGG deserved the decision. The rematch was even more action-packed, and this time, Canelo prevailed via majority decision after surviving a late onslaught from Golovkin.

The battle for GGG’s services were fierce, and in the end, DAZN bested PBC. If all goes according to plan, they’ll deliver a mega fight with the third chapter in the Canelo-GGG trilogy.