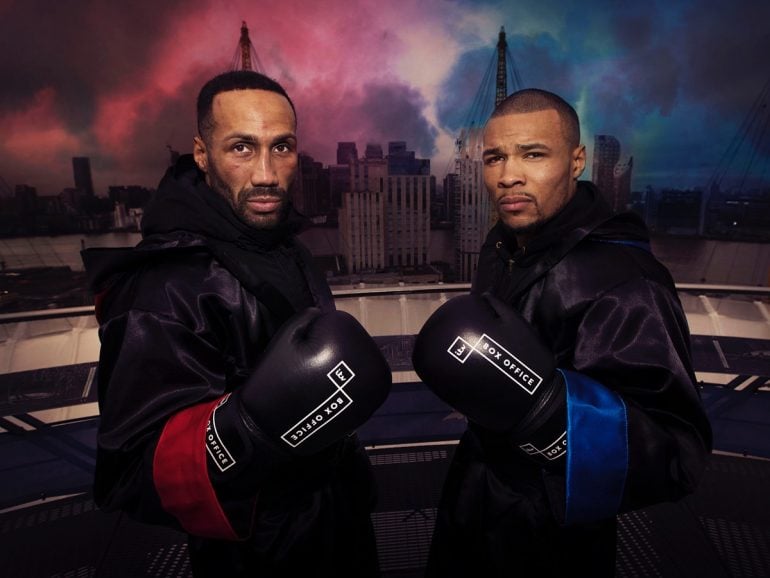 Hope all is well. I was just wondering if you have a pick for the James Degale/Chris Eubank Jr. fight? I was surprised to see DeGale as a slight underdog at +110.

Also, do you have any update or inside information regarding GGG’s status? Do you have an opinion on what he should do? Thanks. – Jerry, Los Angeles

Hey Jerry. I don’t have any updates or inside information on Gennady Golovkin’s status. And, no, I don’t have an opinion on what he should do. If he goes with DAZN, I’ll anticipate showdowns with the Canelo-Jacobs winner and Demetrius Andrade or Callum Smith. If he signs with the PBC, I’ll look forward to him mixing it up with Jermall Charlo and Caleb Plant or Jarrett Hurd. If he joins ESPN, I’ll enjoy watching him take on Rob Brant (or the winner of a Brant-Murata rematch) and Billy Joe Saunders. If he opts for PBS, I’ll tune in to watch him host Masterpiece Theater.

Seriously, whatever GGG chooses, I’ll support it. I just hope he’s relaxing and enjoying his time away from the sport right now.

I was just wondering if you have a pick for the James DeGale/Chris Eubank Jr. fight? I don’t. I view it as a 50-50 mathup. DeGale’s got the amateur pedigree and the edges in experience and boxing versatility. Eubank’s got the edge in natural talent, physical strength and durability. If I have to make pick, I slightly favor Eubank because I view him as the fresher of the two super middleweights. 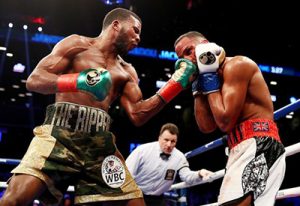 Jack “rips” DeGale with an uppercut during their 12-round battle.

I was surprised to see DeGale as a slight underdog at +110. I’m not. DeGale has been through the proverbial meat grinder. His last four bouts (vs. Porky Medina, Badou Jack and twice with Caleb Truax) total 48 rough and draining rounds for the Olympic gold medalist and former titleholder. If we were talking about the 2014 version of DeGale that dominated Marco Antonio Periban and Brandon Gonzales, I’d pick the London native without hesitation. But he’s beginning to have the look of a shopworn veteran to my eyes.

I wanted to start my letter by saying thanks to you and the rest of the guys at The Ring. Your work has helped take me from an interested onlooker to passionate boxing fan.

What are your thoughts on the Vasiliy Lomachenko and Anthony Crolla match-up? Crolla is already getting copious amounts of stick from the UK fans. Do people expect him to not take the fight and turn down a career-high payday?

I think Crolla has earned his shot again with three solid wins since his defeats to Jorge Linares.

Anyway, do you give Million Dollar any chance at all? And who would you have rather seen Loma fight with Mike Garcia busy?

Keep up the good work. Thanks – Josh, Gibraltar

Thanks for the kind and inspirational words for me and The Ring Team, Josh. It means a lot to us.

Do I give Crolla any chance at all? Not much, but I won’t count him totally out. (I seldom do that to any underdog.) Crolla makes a good point when he says that Loma has looked “human” at 135 pounds. The Ring/WBA/WBO lightweight champ is still a top-three pound-for-pound player at 135 pounds, but he can’t physically impose himself on natural lightweights and he’s “easier” to “touch” at this weight than he was at 126 and 130 pounds. Crolla’s going to try very hard to do more than touch Loma. He’s a strong, durable and experienced veteran, so I think he can take Loma 12 rounds and make it interesting, maybe even entertaining. But, of course, I expect the Ukrainian genius to have his hand raised at the end of the fight.

Who would I rather see Loma fight? I was very much looking forward to the unification bout with Richard Commey, but with the Ghanaian out with a hand injury, I’m fine with Crolla getting the “mission impossible” assignment. I agree that the Manchester native deserves another shot at a title. So does his countryman Luke Campbell, who came darn closes to winning The Ring title from Jorge Linares in 2017. I’ve said this before, but I’ll repeat it: I believe Campbell’s height, reach, southpaw stance and boxing style poses more problems for Loma than any other lightweight.

DID FURY TAKE HIMSELF OUT OF THE WILDER REMATCH?

I can’t help feeling good for Tyson Fury with his new deal with ESPN/Top Rank. It’s a lot of money and that will probably set him for life. Just knowing that a few years back he was on the verge of suicide and now is riding high with a new found second air is one of the most incredible stories in sports that I can remember.

The only thing that worries me is the complexity of negotiations for future fights against Deontay Wilder or Anthony Joshua. This definitely adds a layer of difficulty if they want to do the rematch with Showtime or the PBC. No matter what these guys say, we know ESPN will want the fight on their platform. I don’t know, I just think the probabilities of this fight happening this year went down from 100% to 30%. How do you see this turning out? 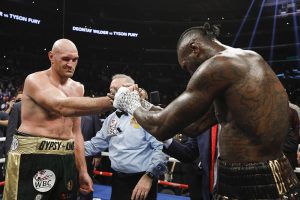 I’m 100% sure the Wilder-Fury 2 will NOT happen in May, as reportedly planned. I’m 30% certain that the heavyweights’ representatives can get a deal done by the end of 2019. According to “industry sources,” they were supposedly close to finalizing the rematch for May 18 in Brooklyn or Las Vegas before the news of Fury’s ESPN deal caught the boxing world by surprise on Feb. 18. Whether that was true or not, Fury’s new alliance with ESPN brings Bob Arum and Top Rank into the negotiating circle with Team Wilder and Showtime, which basically starts the whole thing over from scratch.

The only thing that worries me is the complexity of negotiations for future fights against Deontay Wilder or Anthony Joshua. It’s likely that we won’t see any combination of the Big Three share the ring in 2019. Bummer.

This definitely adds a layer of difficulty if they want to do the rematch with Showtime or the PBC. By “PBC” do you mean Fox? Yeah, I agree. But the WBC approved a “direct rematch” in December, which essentially makes Fury the mandatory challenger for the green belt that Wilder holds. They could rely on a purse bid to settle matters. Whichever promoter/network ponies up the most money for the right to put on the fight gets to produce the PPV event on their platform.

No matter what these guys say, we know ESPN will want the fight on their platform. Of course! And that wouldn’t be a bad thing for the fighters, the event, or the fans.

I really enjoyed Monday’s mailbag and agreed with your spot-on words regarding heavyweight champ Anthony Joshua.

The heavyweight picture has taken an unexpected turn (possibly for the worse) since and I wanted to write in with my thoughts. I seem to be continually defending Joshua from people claiming that he is ducking the top contenders and not prepared to fight the best out there. I do this because I fundamentally believe this is not true and there is plenty of evidence in Joshua’s record to support my view which, for the benefit of the readers, I won’t go into now!

The only significant evidence to the contrary is that he has not yet fought Fury or Wilder and that they agreed to fight each other. There is a reason for that, but it’s so obviously not fear on the part of the London fighter.

The reason Wilder and Fury fought was because they both really needed to as neither had any kind of resume (since 2015 in Fury’s case) or realistic claim to being the main man in the division. With the better quality opponents and three of the four recognised World Championship belts, Joshua was clearly miles ahead in these areas. There was no reason why the fight couldn’t be made, it suited both and as an added benefit they were able to start a smear campaign and “phoney war” against Joshua which fans of both fighters were ready to fuel and support.

Now, with Fury and Wilder’s increased profile and Fury’s big deal with ESPN, the rematch is in danger of not happening. This is because the money men behind each fighter (the broadcasters even more so than the promoters) are terrified that their competitors could grab control of the division and leave them out in the cold. For the record, I don’t believe that Wilder, Fury or Joshua are personally looking to avoid each other, but a “Cold War” could now ensue as the big organisations try and ringfence their biggest assets. Fury and ESPN are in a position where they have a big decision. Do they gamble with the possibility of mixing with Wilder again and bet that he will avoid the big right hand for the full 12 rounds this time? If it works, they have the WBC title and more power. If it doesn’t, their big investment crashes immediately. They are more likely to take this risk if they can guarantee exclusive rights to broadcasting the fight, but this can’t be guaranteed without Showtime’s consent. Why would they give that?

The rematch could still happen but, from what Arum, Warren and even Fury are now saying, this seems unlikely anytime soon. Ironically, since the departure from the boxing scene of HBO, the politics in boxing is becoming more than ever like their hit TV series Game of Thrones.

Yes, but the cold weather will primarily be in the heavyweight division, and we can’t be sure how long it will last. You are correct that each platform/network/promotional company wants to protect their investment in their very own heavyweight “champ.” However, the flipside to that scenario is that with the amount of money they are paying these unbeaten big men per fight, they will have to eventually consider risking them against each other in order to justify the fighters’ lofty guarantees and to make any sort of significant profit. It’s only a matter of time. 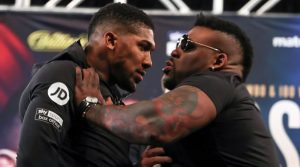 For now, DAZN is happy with Joshua’s U.S. debut vs. Miller. ESPN will look to give Fury a welcome-to-the-network fight against whoever is willing and available (maybe Kubrat Pulev, who just signed with Top Rank). And Showtime/Fox will settle for Wilder vs. a WBC contender aligned with the PBC (probably Dominic Breazeale or the winner of Whyte-Breazeale if that final eliminator is made).

Those aren’t bad heavyweight fights, and they’ll probably do solid business, but they won’t satisfy the public or the companies behind the Big Three for very long.