Anthony Dirrell on Avni Yildirim: ‘I’m better than him all around’ 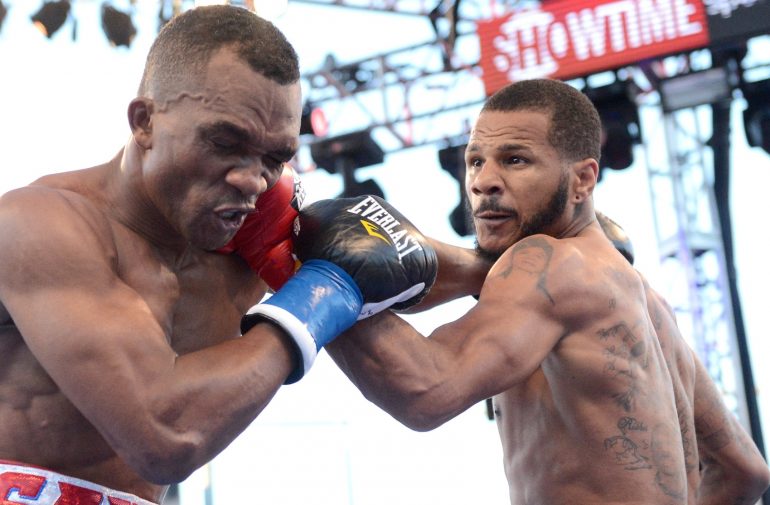 I look at the BoxRec and ponder. I go to his brothers’ BoxRec and do the same.

The fighting Dirrell brothers, gosh, they’ve been around awhile, haven’t they?

The younger bro, Anthony, who is 34, is gloving up on Saturday, and engaging in a title fight, against Turkey native Avni Yildirim.

The action unfolds on FS1 and the WBC 168 belt, now vacant, is up for grabs. The pugilists will do battle in Minneapolis, Minn.

I grabbed Dirrell (32-1-1, 24 knockouts), who won the WBC crown back in 2014 when he downed titlist Sakio Bika, for quickie phoner after the final presser on Thursday. He dropped the strap to Badou Jack in his first defense, but has won five straight, including a UD10 over Abie Han last April.

One thing you notice upon perusing his BoxRec is that Anthony doesn’t fight all that often. We touched on that and the boxer explained how he views his frequency of fighting, and also what he perceives as the import of this fight, as well as his legacy.

“This means a lot, there’s a world title at stake,” said the one year younger brother to Andre Dirrell. “You don’t want to take a world title for granted. I worked my butt off, and that is the Dirrell legacy. I went through a lot of stuff, and became a world champion. So, if you ask me if I’m a great fighter, the answer is yes. I don’t think I have nothing else to prove…but I’m still writing the book.”

Oh yeah, so is big bro. “He’s fighting again, at 175, he should be back real soon,” Anthony informed me.

We discussed the mixed nature of such a schedule.

“Of course everybody wants to fight more, but you’ve got to sit down, let the body heal. I have a family, a wife and kids don’t want me to go….And over the long term, there is less wear and tear.”

Indeed; if a guy can make a decent enough wage to only fight three times in two years, more power to him, from the basis of neurological wear and tear, right? Of course, the yin to that yang, is that fans are not as cognizant of you if you are not front and center so regularly.

Check out some Dirrell highlights from his outing three fights ago, against Norbert Nemesapati:

“I’m better than him all around, the better athlete… when everybody sees in that ring they’ll see a different type of class. He didn’t fight anybody…and styles make fights. (Yildrim was step and step with 45 year old Lolenga Mock in his last outing, a narrow win). I know how it’ll go, I’m gonna knock him out. I just know how hard I train. KO, that’s what I do,” finished Anthony Dirrell. “I go for the KO every time!”