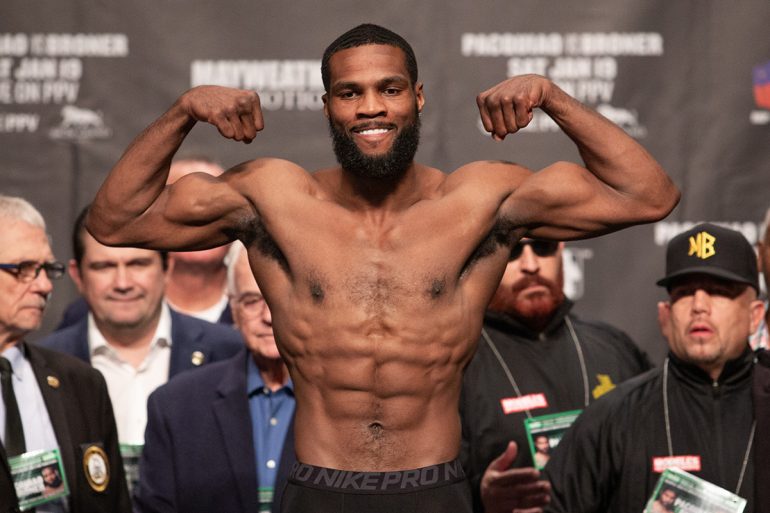 Marcus Browne, fresh off a career-best victory last month, already has his next fight lined up.

The Ring’s No. 4 light heavyweight is set to fight former Ring champion Jean Pascal in the spring, industry sources told The Ring. Browne is coming off an upset decision victory over Badou Jack on the undercard of Manny Pacquiao vs. Adrien Broner, a performance where he proved he belongs among the division’s elite.

Browne, a 2012 Olympian, utilized his southpaw jab to outbox the former titleholder over 12 one-sided rounded. Now, he’ll take on another former champion in Pascal, a 36-year-old who’s won just three fights in his last six outings.

The Canadian was dominated by light heavyweight titleholder Dmitry Bivol in November and now Pascal will face another uphill battle. Those other two defeats also came against elite 175-pounders, setbacks to Sergey Kovalev and Eleider Alvarez.

Pascal (33-6-1, 20 knockouts) was once the ruler of the division, though. He earned The Ring championship with a victory over Chad Dawson in 2010 before dropping the title in a rematch with Bernard Hopkins.

It’s Browne (23-0, 16 KOs) who is on the ascent now. The 28-year-old seems set for a busy 2019 after missing out on a title shot against Kovalev last summer as domestic violence allegations swirled around him.

The greatest challenge for Browne, a PBC boxer, might be securing fights with the four light heavyweight titleholders. Oleksandr Gvozdyk, Artur Beterbiev and Kovalev are aligned with Top Rank and fight exclusively on ESPN. Bivol recently signed a multi-fight deal with Matchroom Sport and will defend his title against Joe Smith next month on DAZN.