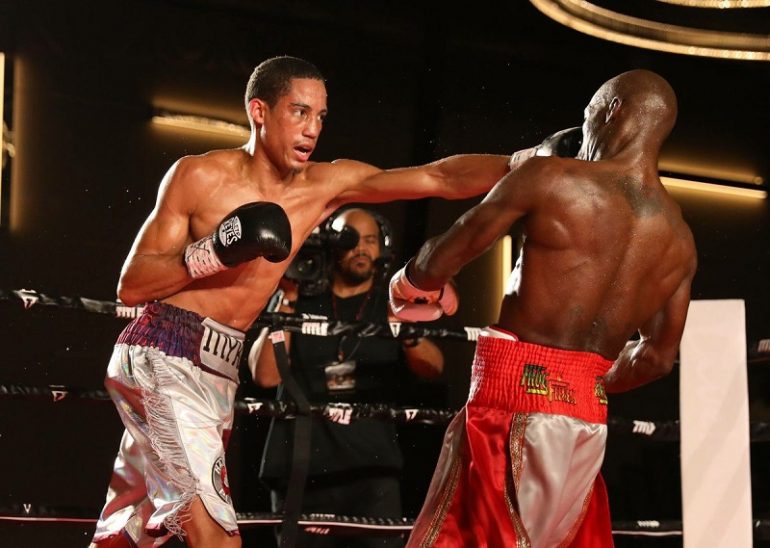 Best night of pro career and why: Fox gutted out a 10-round unanimous decision over Manuel Alejandro Reyes in November 2017.

“It was one of my toughest fights,” Fox told RingTV. “I showed I can be more than just a boxer. When I’m in tough, I can still persevere.”

Since then Fox has beaten former WBO 140-pound titlist DeMarcus Corley, edging the wily veteran over 10 competitive rounds to win a unanimous decision.

“That was a a great performance,” he said. “That was my first televised fight. Winning that fight definitely helped me get this fight (against Shohjahon Ergashev).

Worst night of pro career and why: The 23-year-old southpaw doesn’t feel he’s had a night when he’s been unhappy with how he’s performed.

“To be honest I couldn’t really say,” Fox said after mulling over the question. “I’m not mad at any of my performances. I won them all in a pretty dominant fashion, unanimous decision, majority decision. A judge has never judged against me. I’m pretty happy with all of them.”

Next fight: Fox takes a big step up when he faces fellow unbeaten Shohjahon Ergashev on Friday on “ShoBox: The New Generation.”

“I think it’s a great fight,” he said. “We’re both undefeated. I think we’ve fought about the same level of competition. This fight is definitely going to be the boxer versus the puncher. It’s going to be a very entertaining fight.” 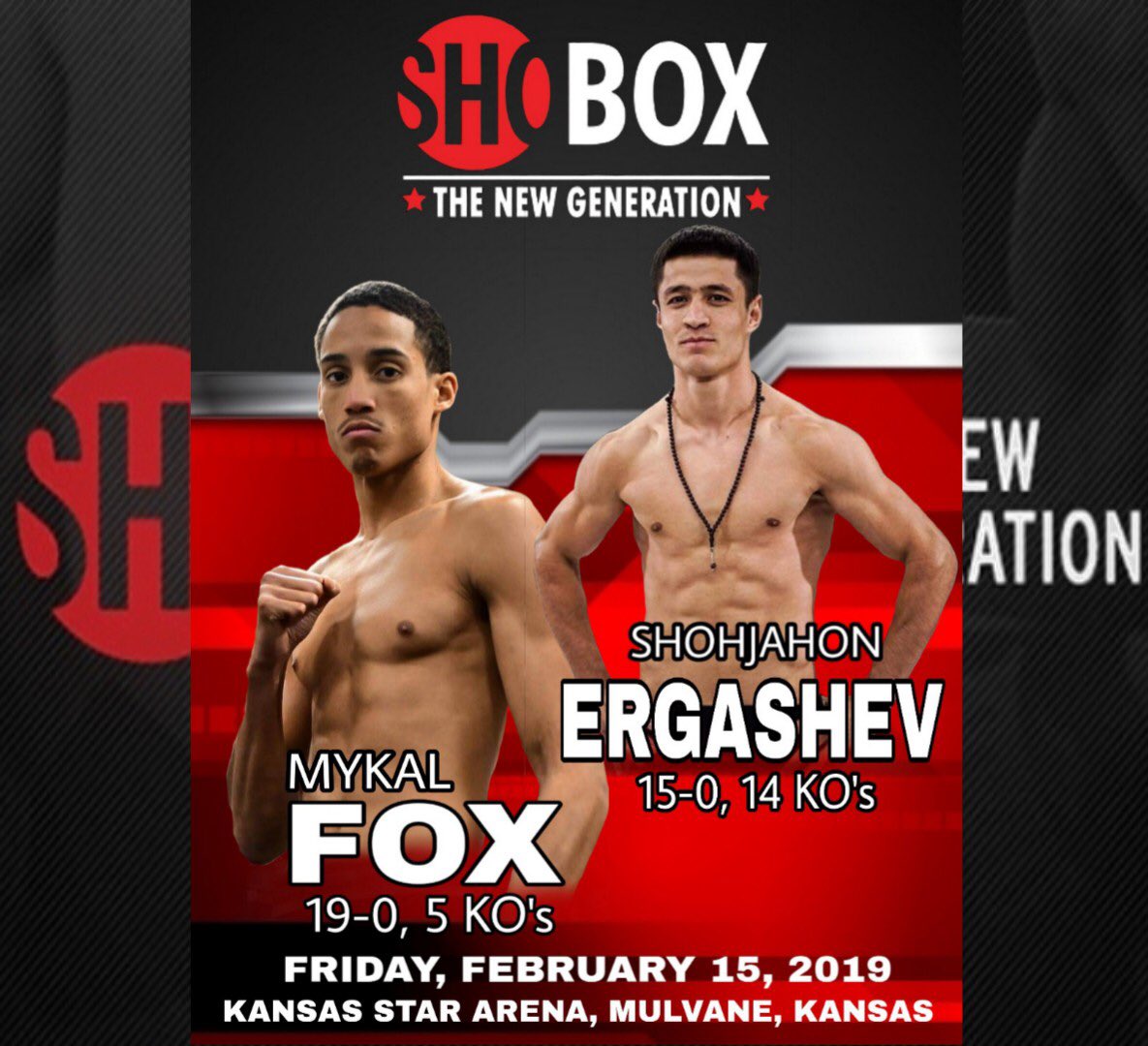 Ergashev, 27, was a successful amateur, winning four Uzbekistan national titles and has over 200 amateur wins to his name. He made the move to the professional game in the fall of 2015. Since then the heavy-handed southpaw left a trail of destruction in his wake and will hope to add Fox to his resume. His record is an impressive 15-0 (with 14 KOs).

It looks an intriguing match-up on paper that will see the winner further advance his claims in the talented 140-pound division.

Why he’s a prospect: Fox wasn’t a prominent amateur; he had just a 40 percent win rate in the unpaid ranks. However he enjoyed more success in the later years of his amateur days, which gave him the belief that he could achieve success as a professional.

“Once I graduated high school, I started taking it more serious,” he explained. “I dedicated more time to my craft and instead of waiting for another tournament, my dad said, ‘Let’s turn you pro.'”

Fox won local Golden Gloves tournaments and fought at a handful of national tournaments but didn’t win any of the latter.

During his amateur days, Fox had a rivalry with world-rated junior lightweight Lamont Roach. They fought five times; Roach held a 3-2 advantage in their meetings.

“I am definitely a better fighter from my amateur career to when I turned pro and from the beginning of my pro career to now,” he said. “I feel like every fight, I try to grow. I watch the fights and learn from them, try to fix any flaws I see and be a better fighter the next time I get in the ring.”

Fox holds height and reach advantages over all his opponents and is adept at using what he has at his disposal to the best of his ability.

“Being 6-foot-4, I learned how to fight at range,” he said. “It would be my jab and one-two. I try to outsmart my opponents; I don’t try to fight fire with fire.”

Why he’s a suspect: The obvious variable would be his punching power. Fox has just a 26 percent knockout ratio. He knows this and hopes to improve it.

“Only thing that is really missing from my game is that I only have five knockouts,” he explained. “I don’t rush to get knockouts. I think that’s the only thing missing from my fight game is punching power. Other than that I think I have most of the attributes to compete at the highest level.”

Could a lack of amateur pedigree hinder Fox at a higher level?

The flipside of being so tall and able to stay on the outside is when someone can get on the inside. Does he have the physical strength to hold his own?

Storylines: Fox was born in Washington D.C. but has mostly lived in Forestville, Maryland.

He is the middle child of three. His older brother Alantez is also an active fighter at middleweight, where his record stands at 24-1-1 (11).

The brothers came across boxing as youngsters and never looked back.

“My brother was playing football with a couple of his friends and my dad was talking to their fathers and he said, ‘We’re going to the boxing gym,’ and I tagged along. Me and ‘Tez were the only ones who really lasted out of that group,” said Fox.

Like most boxers, Fox’s goal is to one day be a world champion.

He considers himself a student of the game and looks up to several boxers including Sugar Ray Leonard, Floyd Mayweather Jr., Andre Ward, Thomas Hearns and Winky Wright.

Fox has a girlfriend and enjoys relaxing by playing video games and traveling. He likes hanging out in Los Angeles and has visited Mexico and the Dominican Republic and hopes to one day go to Europe and Asia.