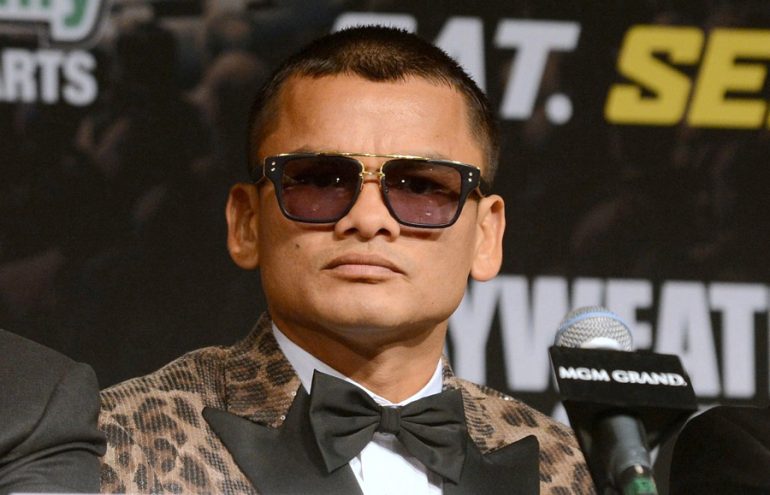 The 35-year-old signed a multi-fight deal with Premier Boxing Champions, according to industry sources, and will return this summer. Maidana will once again train with Robert Garcia in Riverside, California, sources said.

The former two-division champion hasn’t competed since 2014 when he suffered consecutive defeats to Floyd Mayweather. The Argentine is expected to end a nearly five-year layoff this summer with a comeback fight against limited opposition that will pay him seven figures, possibly at 154 pounds, according to sources.

After that, Maidana is expected to return to welterweight. First, he’ll have to cut a tremendous amount of weight. The second fight of his pact with PBC could pit him in a rematch with Adrien Broner, per sources. Maidana upset Broner in 2013 and earned him a crack at Mayweather.

Maidana (35-5, 31 knockouts) gave Mayweather all he could handle in their first meeting to set up a lucrative rematch. Mayweather outpointed him again, this time in more convincing fashion. Maidana announced his retirement two years later.

Assuming Maidana indeed returns to 147 pounds, as expected, there’s a wealth of interesting fights for him with PBC stacked in the welterweight division.

“Chino” held titles at 140 and 147 pounds. His action-packed scraps with the likes of Erik Morales, Josesito Lopez and Amir Khan endeared him to boxing fans who adored Maidana for his brash style and machismo. Maidana’s two knockdowns of Broner cemented his status as a bona fide attraction, as did his wild, brawling style that gave Mayweather fits.

It remains to be seen just how much Maidana has left after a long hiatus, but at 35 years old, he shouldn’t be counted out.