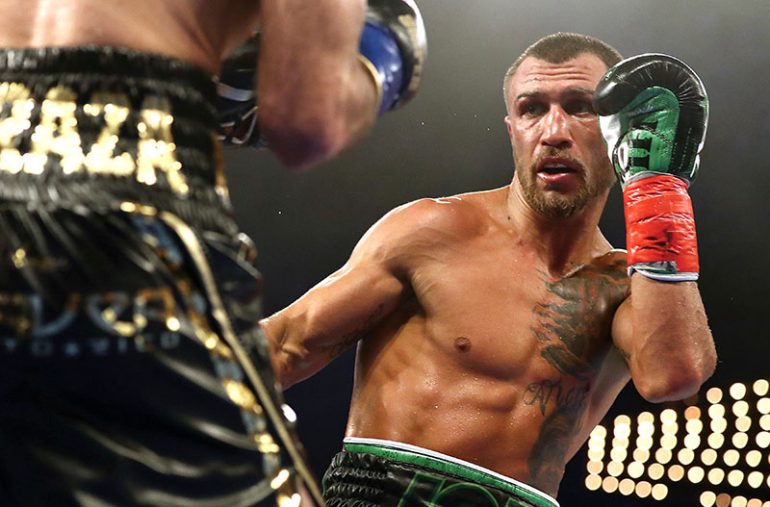 y enko in action against Jose Pedraza during their WBA/WBO lightweight unification bout at The Hulu Theater at Madison Square Garden on December 08, 2018 in New York City. (Photo by Al Bello/Getty Images)
08
Feb
by Mike Coppinger

Richard Commey won’t be able to fight on April 12, but Vasiliy Lomachenko isn’t moving off the date.

The Ring’s lightweight champion will fight at Staples Center on ESPN+ with Top Rank seeking a new opponent for the best pound-for-pound boxer in the world.

Anthony Crolla is the mandatory challenger for the WBA title Lomachenko holds (he’s also the WBO titleholder.) The WBA granted Lomachenko and Top Rank a special permit to allow a unification fight with Commey on the condition the winner face off against Crolla within 90 days, according to a ruling obtained by The Ring.

With Commey unable to compete on April 12, the WBA stipulates that Lomachenko must fight Crolla (34-6-3, 13 knockouts) next. If the sides can’t come to an agreement, a purse bid will be ordered.

Crolla, a 32-year-old British fighter promoted by Eddie Hearn, has reeled off three straight wins since he suffered consecutive defeats to Jorge Linares. The former 135-pound titleholder is rated No. 4 by The Ring at lightweight.

Lou DiBella, who promotes Commey, told The Ring on Friday that the fighter will be shelved at least six weeks. The Ghanian will have a more firm timeline after he visits a hand specialist in New York on Tuesday.

Commey suffered a knuckle ligament injury on his right hand during his second-round knockout victory over Isa Chaniev on Saturday. Commey told The Ring he “heard a pop” after he cracked his foe with a right hand in the opening round that scored a knockdown.

Commey-Chaniev was contested for the IBF title at 135 pounds vacated by Mikey Garcia. It was televised by ESPN, and the deal to place it on the network included a conditional provision that the winner would head on to face Lomachenko on April 12.

Lomachenko (12-1, 9 KOs) is coming off a December decision victory over Jose Pedraza. The fight with Commey could be rescheduled later in the year.