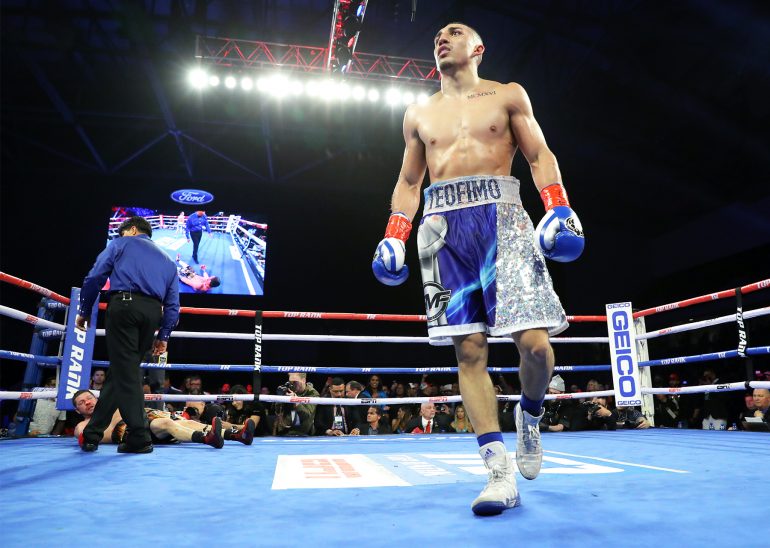 Teofimo Lopez scored yet another conclusive victory on Saturday, this time over respected vet Diego Magdaleno, in Texas.

He did the deed on ESPN+, in support of the Sergey Kovalev-Eleider Alvarez light heavyweight title rematch and, as per usual, he attracted mad buzz and sick hype.

Lopez (12-0, with 10 knockouts) said he used “speed, timing and power” to break his foe down. He told the listeners on the Everlast “TALKBOX” podcast that he knew he’d need to put a heavy beatdown on Magdaleno because, in Texas, refs are likely to let guys fight on. And that they did…Magdaleno took a load of punishment and many folks took aim at referee Gregorio Alvarez and the Magdaleno corner after for not throwing in the towel. Critics also went at Teofimo, on social media especially, for what they deemed a classless post-win celebration. He did his customary backflip, then mimicked a shoveling motion – a dig – on a downed but conscious Magdaleno.

Not sure I buy into the slams on Teofimo for the celebrating. Diego wasn't unconscious. Kid wins, is pumped, this sport has a savage element to it. People like to get to be PC police an awful lot. I saw Diego hug Teofimo after. I don't know. Teofimo is 21and was being exuberant

It’s youthful exuberance and – hello – this is a gladiator sport. You want fighters to be savage as hell…and then, a second later, be the perfect gentleman? It’s not so easy to turn the switch; I protested…

Lopez told listeners that indeed, he was thinking of Magdaleno’s livelihood and was hoping he wouldn’t hurt the guy too bad. “I knew I had to lay him out. I got a heart, man,” he said, noting that, between rounds one and two, he saw a beaten-up Magdaleno and knew he had the fight “in the bag.” He shared that he knew he was landing hard and mean and realized Magdaleno’s cornermen wouldn’t stop the fight. “During the fight I was concerned about his health. I was thinking on between rounds, they’re not gonna stop the fight; the referee…the referee is doing a shitty job. He’s not gonna stop the fight,” he said.

Lopez explained further. He said that, yes, in his head, he knew that Magdaleno had busted on Honduras, Teofimo’s ethnic homeland yet he did feel sympathy for the loser. “We are supposed to be cold-hearted to the bone,” he said and, yes, he knows that, were the shoe on the other foot, his foe was looking to put him out. As Alvarez counted on the first knockdown in that round, Lopez said he was hoping the ref would pull the plug. “Stop the fight, I waved my hands. The referee was counting to eight; I couldn’t believe it,” he said.

That digging motion, Lopez did that because the loser had talked trash, busting on Honduras, pre-fight,, and also for the fact Magdaleno was yapping during the bout. Lopez took it personally and stood up for Honduras, he told TALKBOX. “He kept going and running his mouth. If he didn’t say those things, after the backflip, I would have went over there to try pick him up and sit him down,” he said. “Instead I did, we can say, like a sweep, basically a ‘Fuck you’ for saying those things. Because if I would have said those things about Mexico, I woulda had my ass chewed but it’s OK for somebody else to say because it’s Teofimo Lopez?” Yes, it became personal, he stated. It wasn’t about celebrating; it was about being disrespected. 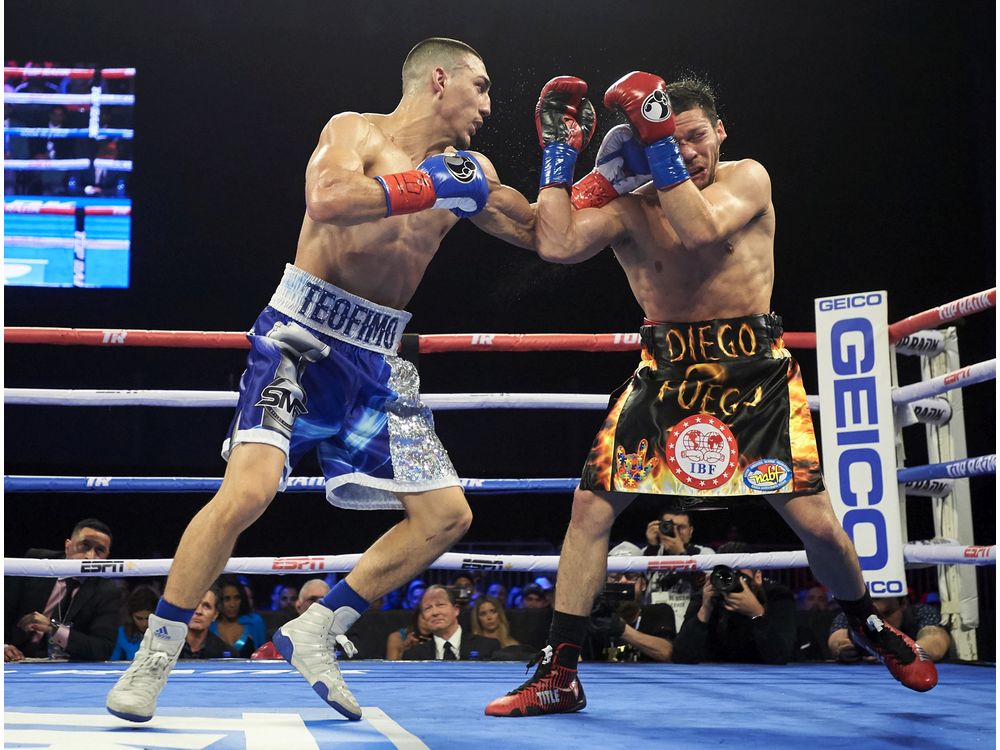 During the fight, Magdaleno called Lopez “my bitch” and yelled, “You can’t hurt me!” Lopez said.

Again he repeated on the podcast that he aims blame at the Magdaleno corner for being too brave on behalf of its guy.

Lopez knew Magdaleno wasn’t unconscious and he told me point-blank that he would not have done the shoveling motion if the Magdaleno were unconscious. “I would have literally come down to my knees and made sure he was OK,” the Brooklyn-born hitter said. “We all have a life after this…I know, deep down – my whole family knows – they know the type of person I am outside the ring,” he said.

Check out the entire podcast; the portion with Teofimo Lopez starts at 34:40.