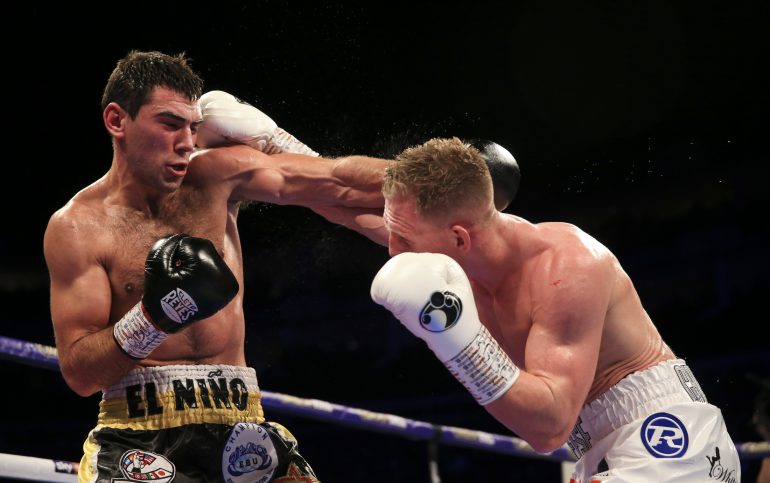 Sergio Garcia made his first travel bout a memorable one, outworking and outclassing the aggressive but one-dimensional Ted Cheeseman to a unanimous decision in defense of his European 154-pound title on Saturday in London, Cheeseman’s home city.

Garcia, an undefeated but unheralded Spaniard from Torrelavega, won by scores of 119-109 (twice) and an awful, shameful tally of 115-114 from Massimiliano Bianco. (Make no mistake, Cheeseman, the British titleholder, did not win more than two rounds and even his most ardent fan that came to watch him live in his first headliner at O2 Arena would admit that.) 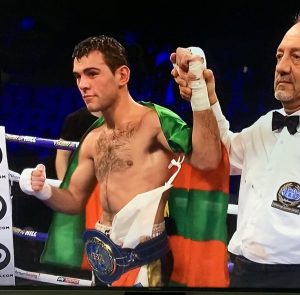 The 26-year-old fringe contender did his promoter Sergio Martinez proud by boxing a high-volume, stick-and-move style for 12 rounds while firing a busy and educated jab from his hip. Garcia (29-0, 13 knockouts) also matched the gutsy nature of his game previously unbeaten opponent whenever Cheeseman landed his heavy shots, something Martinez, a former junior middleweight beltholder and Ring middleweight champ, was famous for during his title reigns.

Credit to Cheeseman (15-1, 9 KOs), who set the torrid pace of the bout in the opening round and never stopped trying to overwhelm his savvier opponent. The 23-year-old London native had his moments by landing an assortment of power punches in Rounds 8 and 11, and even few desperation haymakers in the final stanza, but Garcia always came back with his own shots and the hometown favorite ultimately received a painful, bloody boxing lesson, as TV commentator Joe Gallagher noted during the broadcast, which was streamed live in the U.S. via DAZN.

Gallager, The Ring’s 2015 Trainer of the Year, added, “There’s a huge step up from the domestic level to the European and world level, and Cheeseman learned that tonight.”

Boxing fans on this side of the Pond learned that Garcia, the reigning European champ, has the potential to be a world-level junior middleweight.