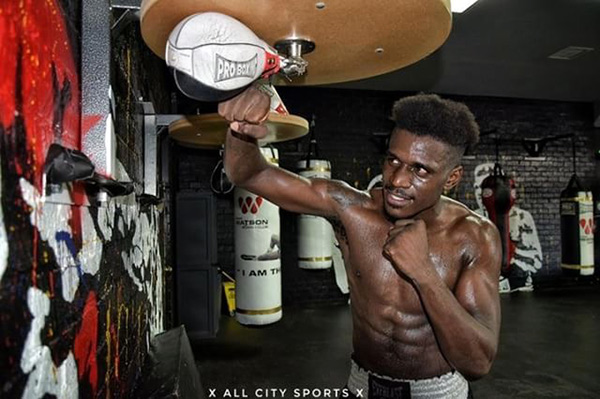 Even at the age of 29 years old, Ronald Ellis continues to learn inside the ring and he plans on proving that against DeAndre Ware in a clash of super middleweights at the Main Street Armory in Rochester, New York, on Friday.

Ellis, who resides in the Boston suburb of Lynn, has not fought since a one-sided six-round decision win over Teneal Goyco.

“(Tonight) is my fourth time on ShoBox,” said Ellis earlier this week. “I’m going to show boxing, banging, whatever (the fans) want to see, we’re going to bring.”

Ellis has trained in Southern California over the last couple of years and received quality sparring. He believes this has sharpened his skills, his combinations and he’s sitting down on his punches more.

“I trained at Buddy McGirt’s new boxing gym in (the Los Angeles suburb of) Northridge. I sparred Canelo (Alvarez) for his last fight (against Rocky Fielding) and was in camp with Sergey (Kovalev) for his fight this weekend (against Eleider Alvarez).

“I learned a lot from Canelo and Kovalev. I feel like sparring with them gave me an edge, so I’m going to look like a whole different fighter in there. Canelo is more compact and he comes a little bit faster. Kovalev is big and he’s a banger.”

According to Ellis, there is a lot is on the line against Ware, who is coming off a decision loss to Cem Kilic, but he believes he has the pedigree to outbox the 31-year-old, who resides in Toledo, Ohio.

“Ware is a solid fighter,” said Ellis. “He is not a tall guy, but he makes up for it with his toughness. He is a former football player, and he likes to come forward, so I know he will be there.”

Ellis hopes an impressive win will lead to a world ranking at 168 pounds.

“This year, I have to execute,” he said. “Now it’s time to perform. I just need to keep fighting and if that happens, I feel that I will be in line for a title shot in the next year. There is a lot of talent in the division, and now it’s time to buckle up and fight each other.

“I feel that I can compete with the elite of the division.”