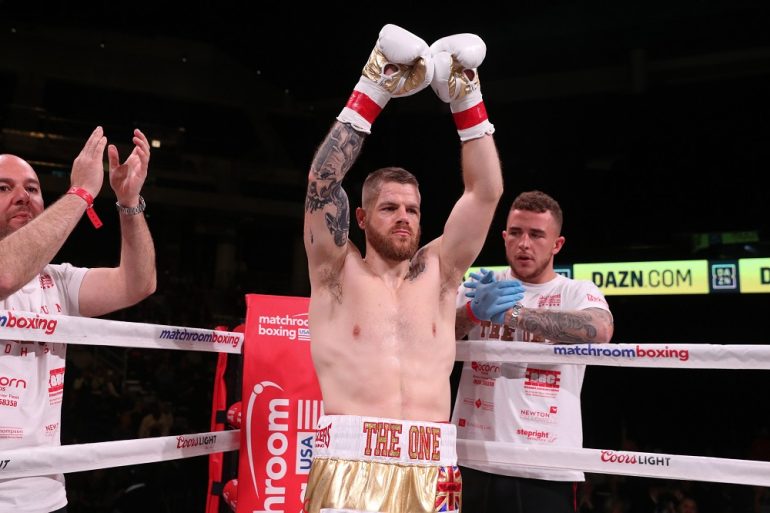 Johnson, 33, is coming off a stoppage defeat to fearsome IBF titleholder Artur Beterbiev in October. In a wild shootout, Johnson hit the deck in the opening round before dropping the champion with a left hook in Round 2. Beterbiev was able to recuperate, however, and ended matters in the fourth.

“I was gutted in the Beterbiev fight because I felt the occasion maybe got to me,” said Johnson (17-1 12 knockouts). “But I still had good moments in the fight and I’ve learned a lot from it. I know that if a second shot comes my way, I will be more than ready with the experience behind me.

“Sean always puts everything into his fights and he badly needs this win, just like I do, so there should be fireworks.”

Monaghan, who hails from Mineola, New York, is coming off a 10-round decision loss to Sullivan Barerra in November.

The 37-year-old views this fight as a must-win to keep his own world title dreams alive.

“He has a come forward pressure-style and our styles should make for a fan-friendly fight. I know these Brits always come in shape so I’m already working very hard. This is a fight I absolutely need to win. No excuses, it’s do or die for me.”

This card will be broadcast live on DAZN in the U.S. and Sky Sports in the U.K.

TICKETS ARE ON SALE NOW PRICED FROM $49 VIA TICKETMASTER.COM