Stiverne says he wasn’t himself in Wilder KO loss, vows to show ‘real Bermane’ against Joyce 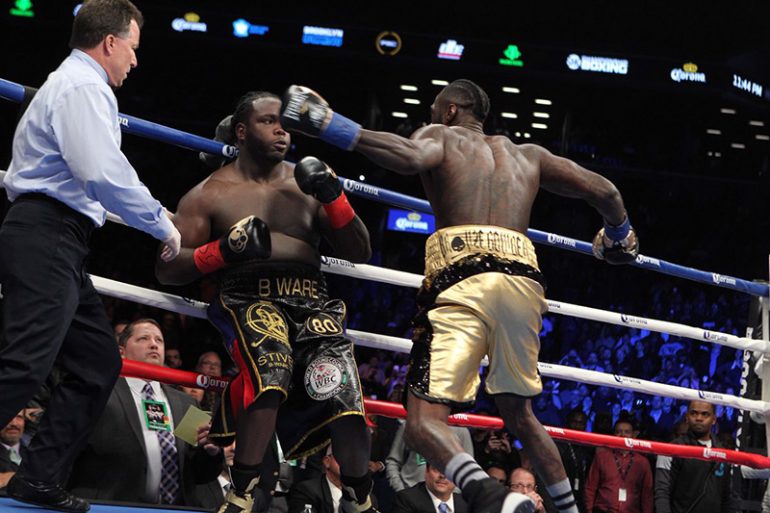 Straight up, I didn’t think we’d ever see Bermane Stiverne in a ring again after his showing in 2017 against Deontay Wilder.

It was a dispirited performance and yes, you wouldn’t have been harshing on the guy if you opined that it looked like it was cash grab affair.

Now, it turns out, Stiverne is admitting that he didn’t show the best side of himself in that one round blowout loss to Wilder.

“That was not me but a shadow of myself. A fraud, a (faker)…Someone else. My mind was not attached to my body. My heart was not in the fight. I was there in name only. Following the bout I searched my soul and vowed I would either never fight again or dedicate my life as never before to regaining my world heavyweight title. I decided to go after the championship. With every ounce of my being I have dedicated myself to this comeback.

“I have worked spiritually, mentally, personally and physically to this goal. I have gone to the mountains, the desert, dieted, lived a life of sacrifice and deprivation to mold myself into a fighting machine. I have boxed a thousand rounds, run hundreds of miles and worked my body into the greatest shape of my career in pursuit of my world heavyweight title.”

Stiverne holds a 25-3-1 (21 knockouts) mark; he turns 41 in November, so the deck is stacked against him to return to heavyweight heights. But he maintains he will walk the walk when he meets 7-0 Joe Joyce (age 33) on Feb. 23, in England, on a card topped by a James DeGale vs. Chris Eubank scrap.

“I have told my promoter, Don King, to get me any man on earth and I will fight for the right to prove myself to the world. No champion, no contender, no prospect would box me. For the past fourteen months I have lived in the gym and the training camp. Conditioning myself to box any man alive – but there were no takers,” said the hitter, of Haitian descent, who took the WBC vacant crown in a bout versus Chris Arreola. He dropped the belt to Deontay Wilder, weighing 239 pounds, won a rush shedder vs Derric Rossy, and then came back one year after that, to meet Wilder again, weighing 254 pounds, on Nov. 4, 2017.

“My frustration and anger are at the bursting point. I have worked my body into a machine of destruction. Thousands of sit ups, push ups, tons of weights lifted, dozens of sparring partner battered and beaten, endless days in the gym and hundred of miles run. I am crazed to get back in the ring and redeem myself – and regain my heavyweight championship of the world…But no one will fight me. Then, the phone rings – my promoter Don King. Joe Joyce – a boxer with only 7 bouts – agrees to meet me.

“Seven fights – and he wants to box me?  For me it is a dream come true – but for Joyce it will be a nightmare,” said Stiverne in this colorful release. “I will knock out Joe Joyce and step over him to KO Anthony Joshua. I am primed and ready. The real Bermane will be there on February 23 and will knock out Joe Joyce en route to regaining my heavyweight crown.”

Well, the man has set a high bar for himself. If he walks the walk at 75% of his talk, then Joyce might be looking back on making this match with regret.

Michael Woods, a Park Slope, Brooklyn resident, was a staff writer at NY Newsday, before joining ESPN The Magazne (2003-2014).  He calls fights for Facebook Fightnight Live, which has drawn over 4 million views over a span of 26 events. FBFNL will have three events in February.