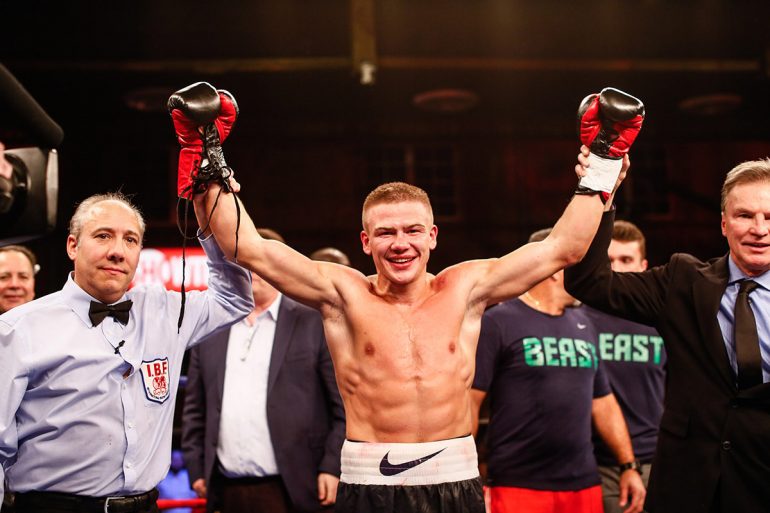 The 140-pound titleholder’s exit from the tourney comes amid growing concerns that organizers possess the proper funds to see the WBSS through to completion. The Ring previously reported that many fighters, promoters and managers received payment late amid squabbling between partners at Comosa, the group backing the tourney.

The semifinals were slated to take place in either January, February or March, according to the contract. As organizers sought to find new financial backing, that timeline was pushed back, angering some boxers (along with their handlers) who didn’t want to miss out on a cycle and the lost funds that would accompany it. Fighters at the championship level typically compete two to three times a year.

In spite of McWater’s message to the World Boxing Super Series that Baranchyk, 26, would no longer participate, the tournament announced Friday morning he would meet defend his IBF junior welterweight title against Josh Taylor on May 18 in Glasgow, Scotland. The other five semifinal fights haven’t seen dates or locations announced.

Cease and desist letters were emailed to Baranchyk’s promoter, Lou DiBella, as well as McWater. Baranchyk was copied on the message.

“Anyone who interferes with the tournament in any way, shape or form will be hit with the harshest legal punishments possible,” Kalle Sauerland, the main boxing promoter involved with the tournament, told The Ring. “For the fighters, that could mean a long time on sidelines watching in on the action.”

McWater told The Ring on Friday that nothing has changed and that “as far as we’re concerned” Baranchyk won’t be participating in the tourney. McWater said he would soon begin the process of finding a network deal for Baranchyk, The Ring’s No. 6 fighter at 140 pounds. He said that “out of respect for the World Boxing Super Series, we’ve done no negotiations or talks with anybody. They didn’t show us any, but we showed them respect.”

“I think they would be better-suited to deal pragmatically with their business issues than to try to weaponize the judicial system,” McWater said.

McWater has no confidence that Comosa has the proper money to see the tournament through. According to sources, the main issue at hand relates to one partner at Comosa paying more than he was set, while another failed to meet his financial obligation.

“I was totally reasonable. I said ‘Look, put like 100 grand in escrow now and then add 50 grand a week. So if you go out of business next month, you didn’t lose so much,” McWater said. “I don’t think they’ll sue me, and if they do, we’ll counter-sue for damages. Absolutely.

“That kid came to America — he’s an American immigrant — with a dream of being financially secure enough that they’ll give him a green card. He finally gets a big payday and they don’t get give him the money. This kid spent 60 days of his life wondering whether or not all his dreams were dashed. How do you put a price on that?”

Comosa declined the request, and instead offered to add the money into an escrow account a week before the fight. Baranchyk’s withdrawal throws the tournament’s plans into disarray, and it could start a domino effect. Regis Prograis, another junior welterweight set for the semifinals who is promoted by DiBella, is also contemplating his options, according to industry sources.

Baranchyk, a native of Russia, advanced to the semifinals after he scored a seventh-round KO of Anthony Yigit in October to claim the title. One week later, Taylor stopped Ryan Martin in the same round to move on as well.

“I am delighted to be fighting for the world title,” Taylor said. “It is a childhood dream to become a world champion. I am very confident I will win and do it in fashion.”

At the moment, it doesn’t appear Taylor will have that opportunity.