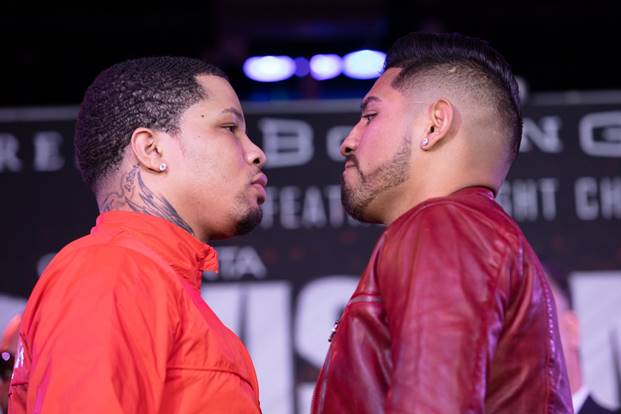 Abner Mares’ attempt to become a four-division will have to wait.

Davis, The Ring’s No. 1 junior lightweight, is preparing for his first headline title bout in the United States. And now, on short notice, he’ll face a far less notable opponent.

Davis-Mares was anticipated by boxing fans. After all, Mares stood as the toughest challenge of Davis’ career, even if he’s the smaller man. And Mares had a chance to make history by joining the likes of Erik Morales and Juan Manuel Marquez as four-division champions from Mexico.

“I’m not going to sugarcoat this: I’m disappointed and devastated that I’ve injured my right elbow in sparring,” Mares said. “This is something that I haven’t had happen to me during my career and the feeling is just horrible.

“I will be going to see my doctor about this and am prepared to follow whatever recommendations and rehab that gets me back into the ring. I’m healthy, not afraid of doing the work and I will be back. This is a temporary setback. Don’t count me out.”

Ruiz competed less than two weeks ago when he defeated Alberto Guevara in the Showtime Pay-Per-View opener to Manny Pacquiao vs. Adrien Broner. Ruiz, himself, faced an opponent on short notice after Jhack Tepora failed to make weight.

That bout was contested at 126 pounds. Ruiz once held a title at 118 pounds.

“I trained for three months to fight a southpaw when I fought in January,” said Ruiz. “When the opponent changed, it was hard to adjust in 24 hours. After the fight I immediately went back to the gym, because you never know what’s going to happen in boxing. I’m 100 percent ready to knockout Gervonta Davis.”